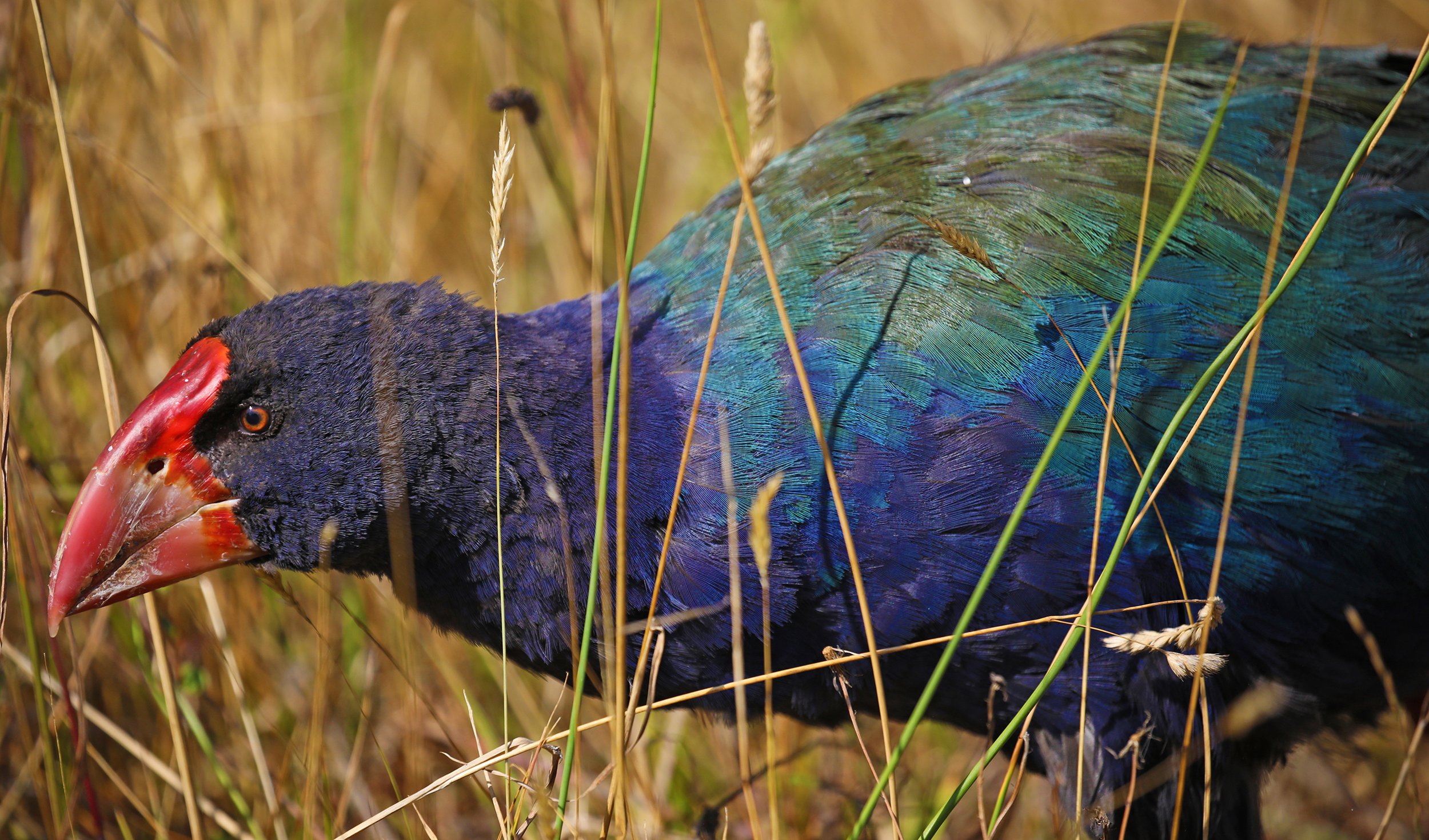 Image credit: Shutterstock
Reading Time: 4 Minutes • Print this page
During 60 million years of isolation, a host of unusual birds evolved in New Zealand, many of which are now extinct or endangered.

NEW ZEALAND’S island geography nurtured a range of unusual birds, but no mammals apart from some bats and marine species. In the absence of ground-living predators, various birds lost the ability to fly — and with plentiful food and a mild climate, some grew in size and weight.

The arrival of humans and the beasts that came with them wrought havoc, and today just 16 flightless species remain: one parrot, two rails, five ratites (all kiwi), two teals and six penguins. A further 15 flightless birds are known to be extinct: 11 ratites (all moa), three rails and a wren.

The world’s largest rail, the takahe was thought to be extinct until a population was discovered in 1948 in Fiordland. Managed populations on predator-free islands are now doing well and individuals are occasionally released back into mainland wild populations. It’s thought about 120 birds now live wild in Fiordland.

The browns are the most common of the kiwi. They are territorial and have been known to deliver a powerful kick to would-be predators, such as stoats. They are largely nocturnal birds that eat invertebrates and form monogamous pairs. Eggs are incubated by the males.

By the beginning of the 20th century, these birds were all but extinct on the New Zealand mainland. However, the transfer of a small population to Kapiti Island, near Wellington, saw them rebound. It has the largest ratio of egg size to body size (23 per cent) of any bird.

The largest of all the kiwis, the great spotted is also the least studied. It’s found in the forests around Nelson, and along the west coast of the South Island. It has been known to eat freshwater crayfish, as well as insects, earthworms and forest fruits.

The world’s largest parrot is flightless and nocturnal. It has a ‘lek` mating system that’s more usually observed in turkeys and grouse: male kakapo excavate shallow bowls where they “boom” and “ching” to attract the female. Once abundant across the country, this bird now only exists in intensively managed populations on predator-free islands. Kakapo breed infrequently, live long (80-100 years), and the female incubates the eggs and raises the chicks alone.

Related: The parrot, the poo and the parasitic flower

Despite having large wings, weka are flightless. Numbers have reduced on the mainland but island populations are thriving. Weka can run fast and are effective swimmers. They eat mice and the chicks of other species, invertebrates, lizards, seeds, foliage and fruit.

Although extinct on Auckland Island itself, populations survive on mammal-free Ewing, Enderby, Rose, Ocean, Adams, Disappointment and Dundas Islands, in the uninhabited subantarctic Auckland Islands group. Their chestnut colouring provides camouflage among the shoreline kelp where they forage. It is related to the endangered brown teal, which lives on the mainland.

And as an added bonus check out this white subspecies of the brown kiwi: