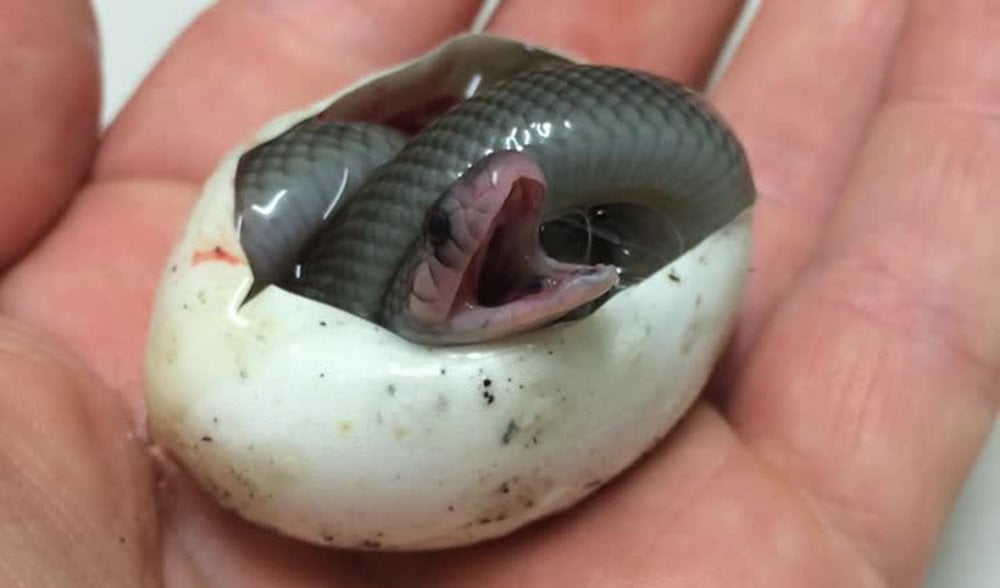 THE AUSTRALIAN REPTILE Park has captured incredible footage of a king brown snake hatching and taking its first breath.

The video was taken by Billy Collett, Head of Reptiles at the Park, which is located on the Central Coast of New South Wales.

Tim Faulkner, General Manager at the Australian Reptile Park, said the baby king brown or mulga snake (Pseudechis australis) was part of a breeding program aimed both at establishing a population in captivity, as well as for milking the snakes’ toxic venom, which is then used to produce antivenom.

“King browns are not that venomous, but what they lack in toxicity they make up for in volume of venom,” said Tim, adding that the species is now “extraordinarily rare” thanks to the introduction of the cane toad.

Australia’s most deadly snake is the eastern brown (Pseudonaja textilis).

A total of 26 baby king brown snakes were hatched earlier this year for the Park’s breeding program, which is only the second time these snakes have been bred in Australia.