Back to the Moon: Australia’s mining expertise at forefront of new era of space exploration
A concise history of Antarctic exploration
Meet the prehistoric sea scorpions that once terrorised Australia LISTED AS A UNESCO World Heritage Site, Uluru attracts hundreds of thousands of tourists every year, making it one of the top destinations in Australia. For decades, however, it’s remained a potent symbol of the ethical issues that can arise when visiting places of Aboriginal cultural significance –only last year was a ban on climbing the rock officially scheduled for 2019.Propelled by a growing interest among people to understand Indigenous culture and heritage, Marcia Langton’s new landmark book Welcome to Country:A Travel Guide to Indigenous Australia highlights must-see destinations and events, while also giving a lesson in cultural awareness. Here are just some of the important lessons from her book.

To support local economies and emerging Indigenous artists, it’s best to source artwork from Indigenous art fairs or centres. Purchasing rip-offs from souvenir shops or art dealers causes harm to artists and their communities, with financial losses estimated to be up to $300,000. As Marcia points out, differentiating between authentic Indigenous art and imitations can be difficult, but most Indigenous artworks can be purchased with a certificate of authenticity. Marcia also advises checking for authenticity by comparing the work you wish to purchase with works by the same artists in galleries, books or online.

Read about Indigenous Australia before you arrive

Often enough, the people guiding you around particular Australian landmarks will be of European descent, rather than traditional owners. For this reason, Marcia advises that reading up on the local history of places you travel to is important, for example to be aware of a place’s dark history and any areas that may be restricted due to aboriginal cultural heritage. She says this is particularly true for people wishing to travel to Tasmania, where the myth that there is no aboriginal people endures because of “deceit and outright lies about the Aboriginal presence and absence.”

Getting permission to photograph an Indigenous person, especially children, must be obtained. Typically, it’s made very clear by tour guides or signage whether or not photos are permitted. This issue has been exacerbated by social media, with many cases being escalated to the authorities.

A welcoming by Indigenous Australians can take on many forms, from burning ceremonies, to traditional dances and songs. Sometimes traditional owners will ask visitors to walk through smoke ceremonies or they will splash them with water. Either way, Marcia says the best way to show respect to Aboriginal and Torres Strait Islander hosts and guides is to participate.

Marcia points out that many Indigenous people are reluctant to speak their language outside of their own social groups. This is because, for a long time, they were discouraged from speaking their own languages. She says that while there are a lot of dictionaries for several Indigenous languages, they don’t really help visitors speak the local language. Instead, she suggests showing respect for your Indigenous host by trying to learn just a few key words in their language. An enthusiasm to learn will also encourage someone to share more with you.

Don’t be taken aback or offended if your questions about a person’s way of life aren’t always answered, it may be because the question either doesn’t make sense culturally or because the topic is not permitted for discussion outside the clan. Marcia recommends instead making observations that may result in further conversation about whatever you may be interested in

There are a number of sacred sites dotted around Indigenous Australia and many are clearly marked, but many tourists still choose to ignore these cultural protocols, especially in the case of those determined to climb Uluru. Tourists will be officially banned from climbing Uluru from October 2019. 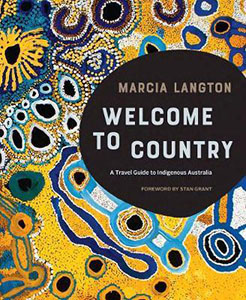 See more
Back to the Moon: Australia’s mining expertise at forefront of new era of space exploration
A concise history of Antarctic exploration
Meet the prehistoric sea scorpions that once terrorised Australia
Scientists reveal ancient Aboriginal underwater archaeological sites
Snapshot: Skating on very thin ice
Budgerigars: Australia’s colourful, clever and much-loved avian gift to the world
Scientists found a stone wedged in a tree. This is what it tells us about the resilience of Aboriginal culture
A new film about ice freediving forgoes adventure to tell the story of an elite ice freediver’s battle with trauma
Planning an escape? Look no further than the Shoalhaven
‘Wild mango’, one of the earliest-known plant foods eaten in Australia, next big thing
An ancient Aboriginal site was blasted away by a mining company. Here’s why that was allowed
Size matters: inside Australia’s National Measurement Institute
Swing time: Miniskirts, beehives and boaters make for a memorable image
Turf wars: should we start using alternatives to traditional lawns in Aussie backyards?
Healing in the communities of south-eastern NSW after the bushfires