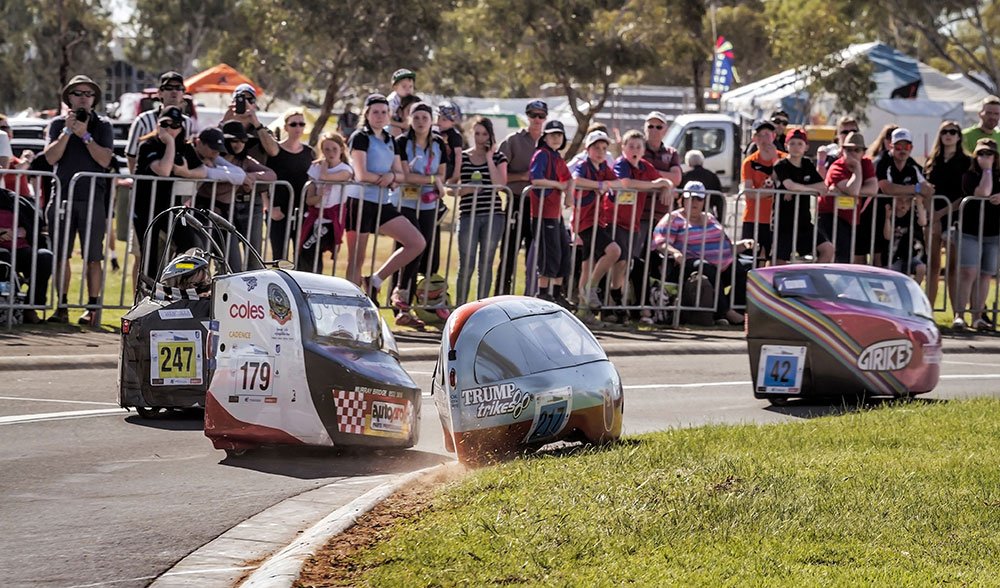 The Open class machines, the adult riders of which are often of road cycling pedigree, can hit 70km/h on the main straight of the Sturt Reserve circuit.
Reading Time: < 1 • Print this page
The annual 24-hour Australian International Pedal Prix is the oldest, longest, largest and fastest human powered vehicle (HPV) race in the world. At Murray Bridge, riders who have gone head-to-head in the shorter races during the UniSA Australian HPV Super Series gather for one last, gruelling battle. The 2015 competition attracted a staggering 225 teams – each with 8–20 riders – from almost every corner of Australia. Read more about the Pedal Prix in #AG133.
TAGS Australian culturegalleryhistory and cultureSouth Australiasport