Which snakes have the sharpest teeth? Scientists are closer to answering the question
Rare orchid found in NSW Southern Highlands
Welcome to Cuttlefest
default

Home News Why do snakes yawn?

Why do snakes yawn? 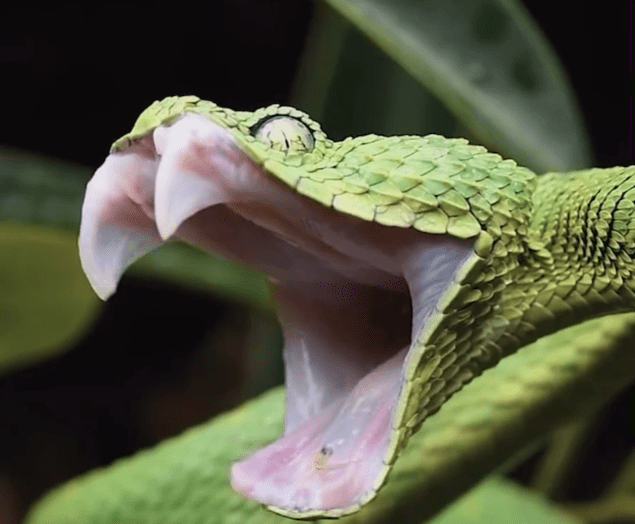 As humans, we have a tendency to explain an animal’s cute or wacky behaviour by anthropomorphising it. Like saying a snake is yawning.

But because we have no idea how snakes experience tiredness, we can’t assume a yawn means it’s actually tired. In fact, a snake ‘yawning’ has another far more plausible biological explanation.

According to Jake Meney, supervisor of reptiles at the Australian Reptile Park, located on the NSW Central Coast, the more accurate term for this behaviour is mouth gaping.

“It’s common knowledge that snakes eat things that are larger than their head,” Jake says. “It’s usual to see, after they’ve eaten, them stretching out and realigning their jaw. They do this whenever they need to and it’s certainly not because they’re tired.”

While it’s a myth is that snakes unhinge their jaws, the upper and lower jaws are made up of two parts that move independently of each other. The lower jaw segments are attached to each other by elastic ligaments that allow for their jaws to spread out.

While swallowing its prey, a snake will ‘walk’ its jaws along their meal. The segments of the bottom jaws will move separately to help slowly engulf their meal. This process can take several hours depending on how big the meal is.

But it’s not just snakes that ‘yawn’. According to Jake, a lot of reptiles do it, including the Goliath Komodo dragon.

“It’s really impressive when you see one of these giants do it,” he says. “It looks like they’re roaring, but there’s no sound.”

And then there’s little cuties like this blind snake found in Cape Leveque, Western Australia. Is it yawning or just gasping for breath? We’ll let you be the judge!

And then, of course, there’s our favourite king brown hatchling taking its first breath. You’ll want to watch it again and again.

See more
Which snakes have the sharpest teeth? Scientists are closer to answering the question
Rare orchid found in NSW Southern Highlands
Welcome to Cuttlefest
What if you had this many snake skins in your roof?
Need for speed led to seal swim evolution
Hairy-nosed wombat numbers grow to over 300 in Queensland
This is one very large frog
The doughboy scallop looks like disembodied dentures covered in muppet hair
Saving the Rainbow Bones – film
Rare pink supermoon lights up night sky
Osprey Aether Plus 85: Tested
Endangered orange-bellied parrots released into wild
Adventure Fitness: Body composition and how it affects your outdoor activities
Bucket List Adventures
Rachel Māia: A Profile of an Inspirational Climber and Mother