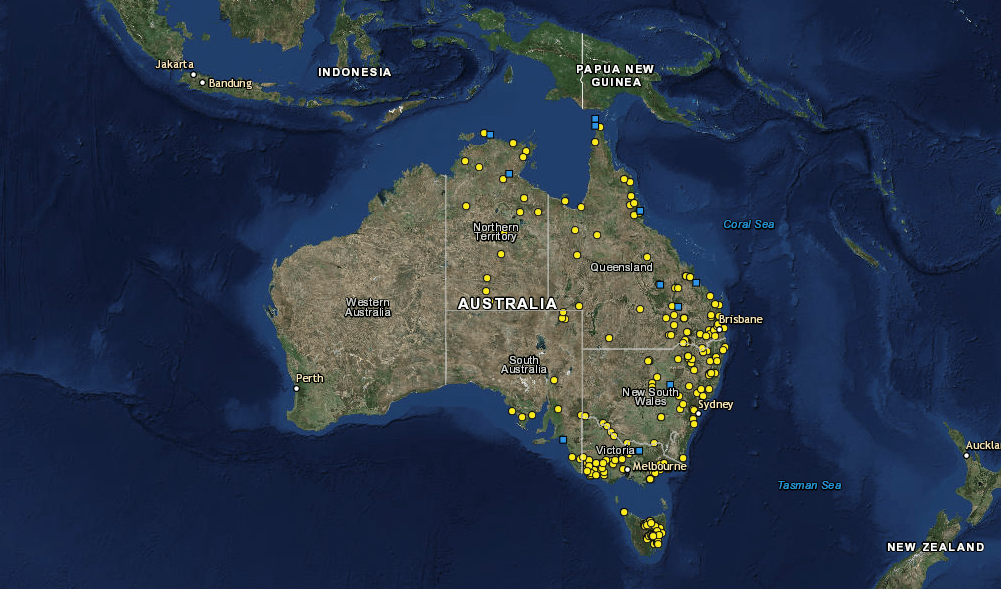 The colonial Frontier Wars map. Image credit: University of Newcastle
Reading Time: 2 Minutes • Print this page
In the second stages of the mapping project, the number of massacres has increased from 172 to 240.

University of Newcastle historian Lyndall Ryan began mapping the sites of Aboriginal massacres to create a historically accurate record of the Frontier Wars. “It’s important to document these incidents because they resolve the long standing question: how violent was the colonial frontier?” Lyndall said.

Public interest in the project has enabled it to go further than Lyndall had initially expected. “People have been generous in offering the research team further corroborating data and information about incidents that were not yet included on the map,” she said.

“The high level of community interest and engagement comes from regional Australia, where most of the incidents took place, suggesting that people in the regions really do want to know what happened.”

According to the map, more than 6200 people were killed during the 250 massacres, however, Lyndall predicts that the number of massacres could grow to 500. “Many recent incidents, that is those in the 20th century, were reported in the press at the time only to be vigorously denied by settlers and police.

“However, evidence from a wider array of sources, such as missionaries, settlers, Aboriginal and Torres Strait Islander people and police can be pieced together to produce a more coherent account of an incident.”

In this stage of the mapping process, the 19 massacres that occurred in the Northern Territory and the 13 in South Australia were added to the tally, and technical improvements were made to the digital map.

The project requires additional funding in order for stage three of the project to go ahead, and this will include mapping the massacres across Western Australia and massacres that occurred up until 1960.

Lyndall’s research has prompted a national conversation about the Frontier Wars, particularly among Aboriginal communities who have plans to create memorials at the sites.