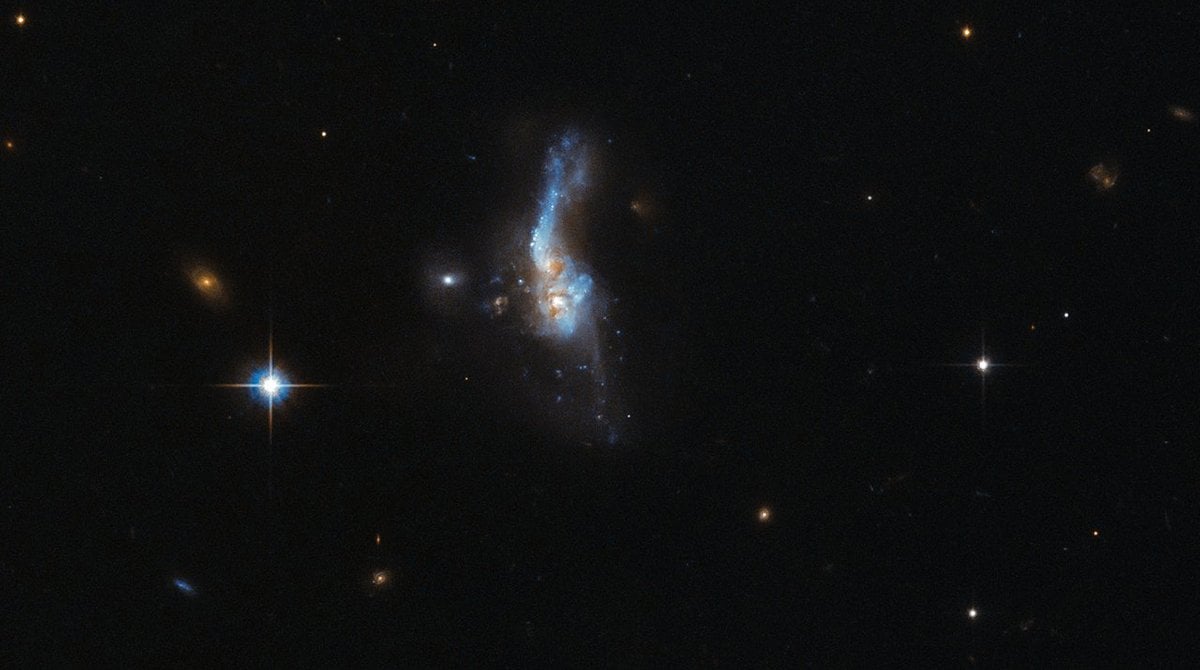 IRAS 14348-1447 is located over a billion light years away from Earth. Image credit: ESA/Hubble & NASA

The image was taken by Hubble’s Advanced Camera for Surveys (ACS). The resulting celestial object has been dubbed IRAS 14348-1447 and is “one of the most gas-rich examples known of an ultraluminous infrared galaxy, a class of cosmic objects that shine characteristically — and incredibly — brightly in the infrared part of the spectrum,” NASA said in a statement, explaining that almost 95 per cent of the energy emitted by IRAS 14348-1447 is in the far infrared.

“The huge amount of molecular gas within IRAS 14348-1447 fuels its emission, and undergoes a number of dynamical processes as it interacts and moves around; these very same mechanisms are responsible for IRAS 14348-1447’s own whirling and ethereal appearance, creating prominent tails and wisps extending away from the main body of the galaxy,” NASA said.