Photograph reveals tough times for king brown snakes in Darwin, where they’re on the decline

Every now and then we hear about a terrible king brown snake bite in Darwin, but the truth is, their numbers have been steadily declining for decades.
By Angela Heathcote • May 20, 2021 • Reading Time: 2 Minutes • Print this page 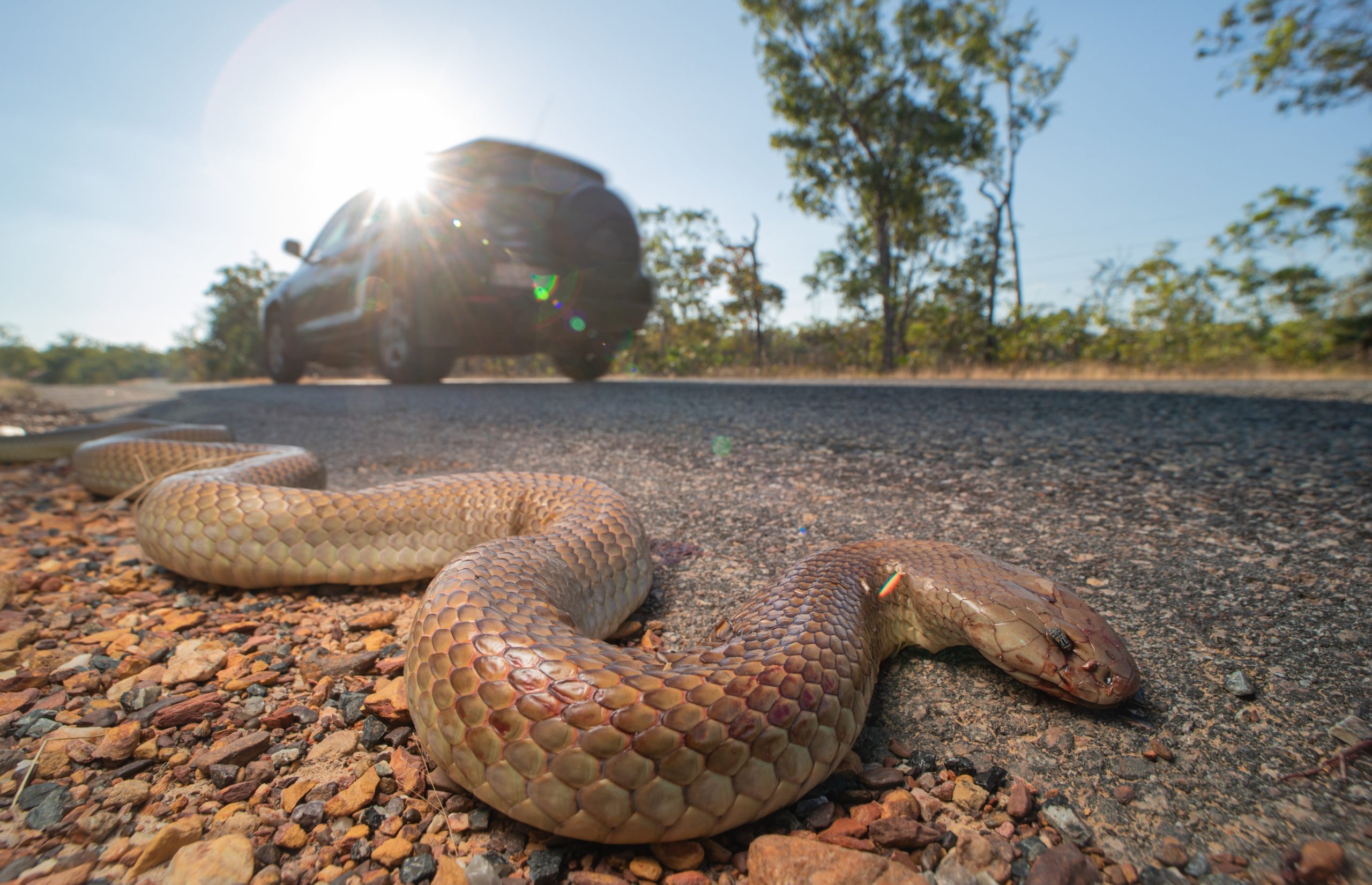 “It’s very sad to consider the many battles this snake would have endured over the years in order to attain its large size, only for it to be run over by a car in the end,” wildlife photographer Nick Volpe says of his heartbreaking image of dead king brown snake.

According to Nick, the snake had been hit by a car just outside of rural Darwin where sightings of king browns are, surprisingly, few and far between. Nick believes this comes down to the impact of cane toads.

“When cane toads arrived in the Top End in 2005, they devastated local wildlife populations,” he says. “Most terrestrial predators in the Top End have evolved to include native frogs in their diet, so when the toxic cane toads appeared, these predators would mistake them for harmless frogs and die after eating them.

“King brown snakes were one of the animals that were most impacted, becoming so rare that they were at risk of being locally extinct.”

The story, however, is a little more complex.

According to snake expert Rick Shine, the smaller species of king brown is still common, while the larger species is now scarce. “They still turn up, but rarely,” he says.

While the obvious culprit is the cane toad –  king browns, unlike other animals, have not learnt to eat the toxic exotic, there’s more to the story of their decline.

Over 20 years worth of data from Fogg Dam, east of Darwin suggests their decline pre-dates the arrival of cane toads.

“King browns declined long before toads arrived, probably because all the banana palm plantations were bulldozed to make way for mango trees, after an introduced disease started killing the bananas,” says Rick. “When the bananas went, so did the rats that fed on them, a major food source for the snakes.

“Add in a bit of highway mortality from roadkill, frequent fires, bushland turned to pastures or plantations, and you have a recipe for loss of large predators.”

“As someone who is passionate about wildlife, I’m always heartbroken spending time photographing a scene of death or destruction,” he says.

“Wildlife photography gets me excited to share the amazing diversity and complexity of our natural world but it is also important to capture the struggles our environment is facing in an increasingly humanised world.

“These images and the information attached to them are an important way to help educate people; to have them think about how the decisions they make every day impact the natural world around them.”