The intimate lives of flying foxes are wild and boundless compared to other animals.
By Harriet Ampt • July 18, 2018 • Reading Time: 3 Minutes • Print this page MOST AUSTRALIANS are, to some extent, familiar with flying foxes – a familiarity all too often accompanied by resent. But did you know about their polyamorous, bisexual genital licking? Didn’t think so. And it turns out this foxy behaviour – rare outside humans in the animal kingdom – is vital to maintaining healthy ecosystems, due to the significant role the species plays in pollinating Australian natives (especially eucalypts).

Australia is home to seven species of flying fox. Most of these, notably the grey-headed flying fox (Pteropus poliocephalus) are competing with humans for precious coastal habitat. The number of roosting trees have greatly reduced as a result of coastal development, as has their source of food. And their loud, repetitive calls and large appetites have angered people to such extremes as mass culling, with one Queensland farmer electrocuting an estimated 18,000 spectacled flying foxes (Pteropus conspicillatus) using an electrical grid system in an attempt to protect his lychee farm.

But there is a lesser-known flying fox appetite that is just as voracious – the sexual kind. As flying foxes are most active at night, you might naturally assume this means they sleep most of the day, but those who have experienced a flying fox camp near their house would know better.

(Before you scroll – some of the below descriptions of flying fox behaviour are a little X-Rated. You’ve been warned!) 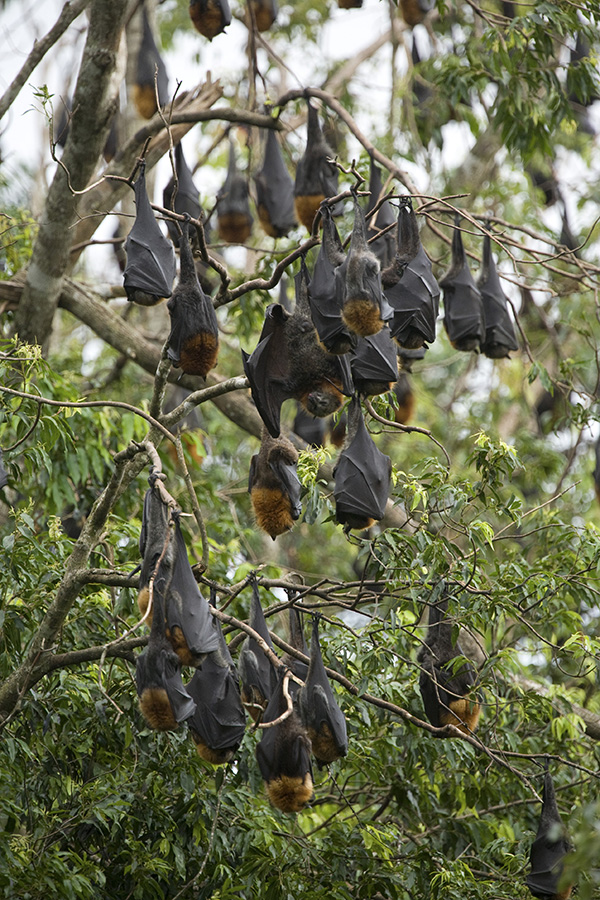 This pandemonium of noise usually accompanies important social interactions… like upside-down foreplay. Several flying fox species have been observed to perform oral sex, often for hours on end. One study of the Indian flying fox (Pteropus giganteus), published in PLOS One, found that this foreplay increased the duration of the eventual mating time. 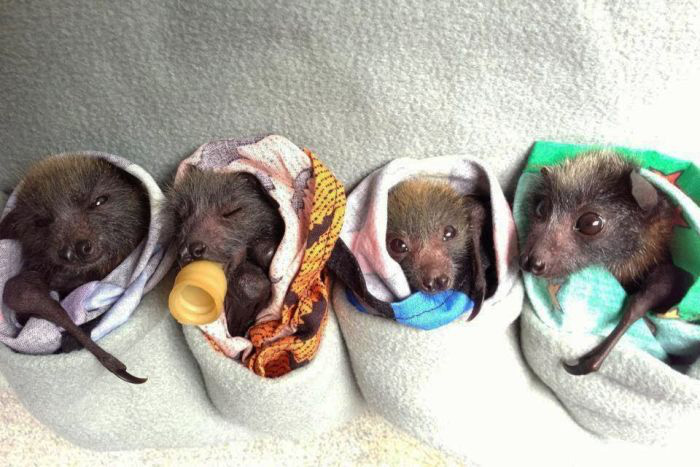 So next time you hear the raucous scream of a flying fox camp, have a close look at what they’re doing. Or don’t, give them some privacy you pervert.