Previously, falcons were classified with hawks and eagles as birds of prey, but new research suggests they’re closer to parrots.
By AG STAFF • May 28, 2018 • Reading Time: 2 Minutes • Print this page 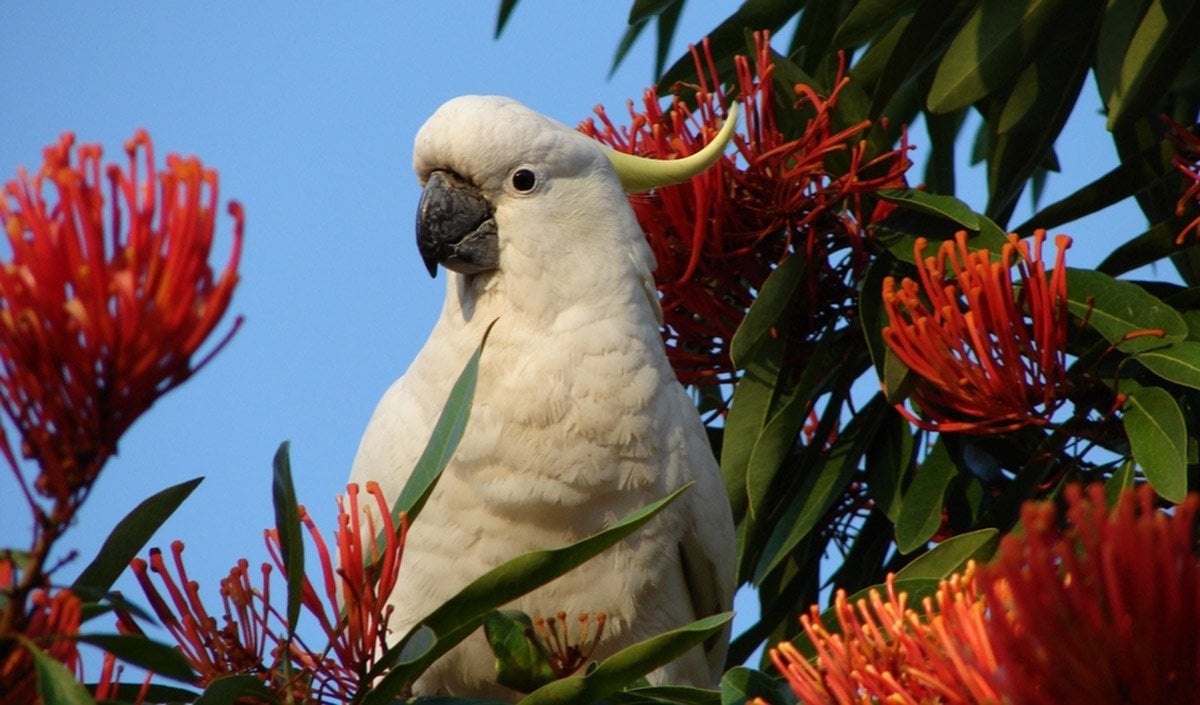 PARROTS AND FALCONS both have hooked beaks, but are otherwise so different that most experts have thought nothing of this. Falcons were always classified with hawks and eagles as birds of prey. They are dedicated predators with sharp talons.

DNA studies in recent years have yielded amazing surprises, and one of the big ones involves falcons. They are now regarded as relatives of parrots and perching birds rather than hawks and eagles. A falcon shares a more recent ancestor with the thrush or honeyeater it hunts than with other birds of prey, given that thrushes and honeyeaters are perching birds.

We now know that parrots and perching birds are each other’s closest relatives, and falcons come next in the family tree. The parrot–perching bird relationship counts as another giant surprise, given how different they look, although they do have intelligence in common. The smartest birds on Earth include crows and ravens, which are perching birds, and large parrots. The world’s perching birds, whose ranks include swallows, starlings, finches and all the birds with pleasing songs, probably had a predatory ancestor with a hooked beak. Evidence for this comes from old fossils of birds that mix parrot and falcon features, and parrot and perching bird features. Experts strongly suspect that the extinct ‘terror birds’ of South America (Phorusrhacids) – giant flightless predators up to three metres tall with powerful hooked beaks – were related to these smaller birds in a group called Australaves.

The biggest surprise of all, from an Australian point of view, is the evidence implicating Australia as the birthplace of songbirds, which make up most of the world’s perching birds. I am talking here of such iconic birds as nightingales, cardinals, blue jays and nutcrackers. Birds that departed Australia long ago gave rise to all of these. The DNA findings point to lyrebirds and scrub-birds as the oldest surviving branches of the songbird family tree. The world’s earliest identifiable songbird fossils are those of lyrebirds, treecreepers and logrunners found at Riversleigh in Queensland.

The evidence implies that parrots, falcons and perching birds all arose in Gondwana. Australia, South America and Antarctica were the last pieces of Gondwana to separate, and the first two continents are richest in parrots, while South America has the most diverse falcons. Songbirds and parrots poured out of Australia, colonising other lands, while falcons and other perching birds (suboscines) and some parrots spread from South America. Perching birds make up more than half the world’s bird species, and far more than half the world’s individual birds, which makes the falcon–parrot–perching bird group of birds the most successful in the world, and Australia the most important exporter of birds, and the source of the smartest birds.