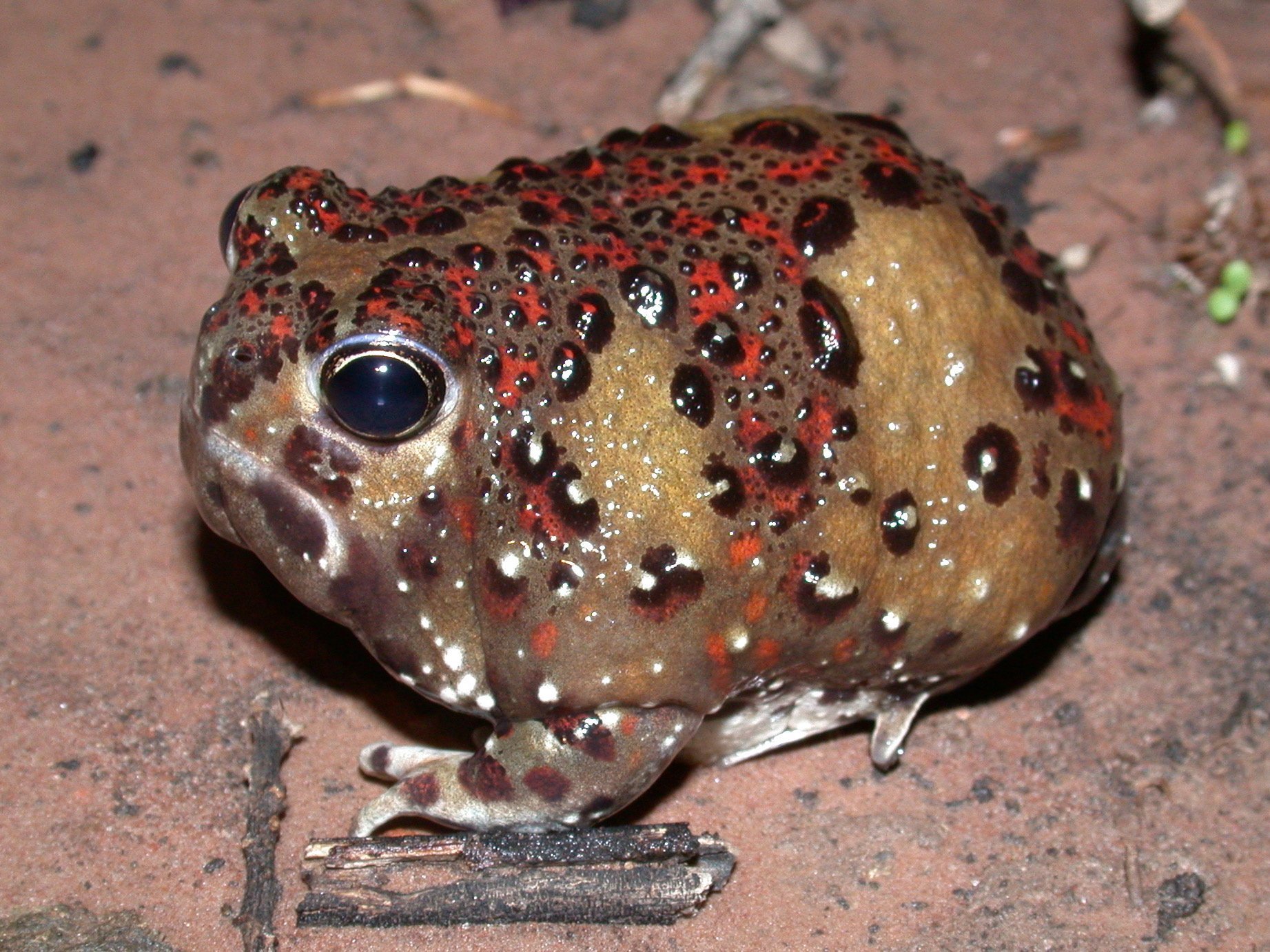 THE HARSH AUSTRALIAN outback, with its extreme heat and notorious dryness seems like the last place you’d find a frog. But like many other resourceful Aussie animals, our native burrowing frogs have learnt to adapt.

Most Australians wouldn’t realise how many frogs actually live in arid areas, which is mainly because most species only emerge during floods. The rest of the time they avoid the surface, burrowing deep underground to avoid the hot, dry weather.

In rare instances of rainfall and floods, these intelligent animals seize the opportunity to breed and eat. “The frogs might come out a couple of times a year where it’s quite wet, or they might not be able to come out of the ground for several years,” renowned frog expert Jodi Rowley tells Australian Geographic.

See more: How to make you backyard frog friendly

“But then as soon as it rains, they pop up and they breed. There’s no mucking about, because it might not happen for very long,” said Jodi.

And it’s certainly a race against time.

“In the desert it might pour, but it’s likely that the water is going to evaporate pretty quickly. So they have as much time as they can to eat, try and grow a little bit and then as soon as it starts drying out they’ll go straight underground.”

Burrowing frogs tend to look remarkably different from other frogs, which Jodi puts down to their ability to retain water and dig deep.

“On their back foot they have an extra, little hard shovel-y bit that they use to dig backwards into the ground once it starts to dry out again,” she said.

“They also have relatively short arms and legs, and really big round bodies. The more limbs you have hanging out and the more surface area you have for potentially losing water, then the crispier you’ll become in dry conditions.” Found in central Australia is one of our most famous burrowing frogs – the water-holding frog (Cyclorana platycephala).

“The water-holding frog forms this really amazing waxy cocoon just through secreting things through their skin, which basically waterproofs them,” said Jodi.

This cocoon forms a hard shell around the frog, and helps to prevent moisture loss during the long periods spent underground.

“Often people accidentally dig them up and think they’ve found a frog fossil, because it looks like a frog but it’s also hard like a rock. So a lot of people are like ‘I found a frog fossil!’, but they’re not, you just have to add water. He’ll just be a really grumpy frog because you woke him up at the wrong time.”

The water-holding frog has long been used by Australia’s Indigenous peoples as a water source. Able to locate this frog underground, Indigenous people have been known to squeeze the water out of the frog’s bladder to drink when in need of hydration.

So where are all the frogs?

While frogs are incredibly abundant in some desert areas, they can often be quite difficult to find.

“Burrowing frogs are very under-recognised by the public and they’re also incredibly poorly known by biologists because they’re so hard to study. Because of that we really don’t know how they’re doing – how many species there really are, how they’re distributed, or how threatened some species are – they’re a bit of a black hole,” Jodi said.

Having recently launched the FrogID app late last year, Jodi has opened up the call to document and protect our native frogs to all Australians.

“The way that everybody can help is to use FrogID and help us map where the frogs are, where they’re breeding and how they’re doing when they do pop up. With this app, we’re managing to record our burrowing frogs in those few instances where it does rain in the desert. People are already there and we’re getting incredible records of frogs that we otherwise wouldn’t have.”

So far this app has helped track the whereabouts and calls of over 20, 000 Australian frogs. But Jodi tells us there’s still a long road ahead.

“There’s so much that we still have to learn about Australian frogs in general, but particularly these burrowing, arid-zone frogs that are so difficult to study.”