Home Topics Wildlife How to make your backyard frog-friendly

How to make your backyard frog-friendly 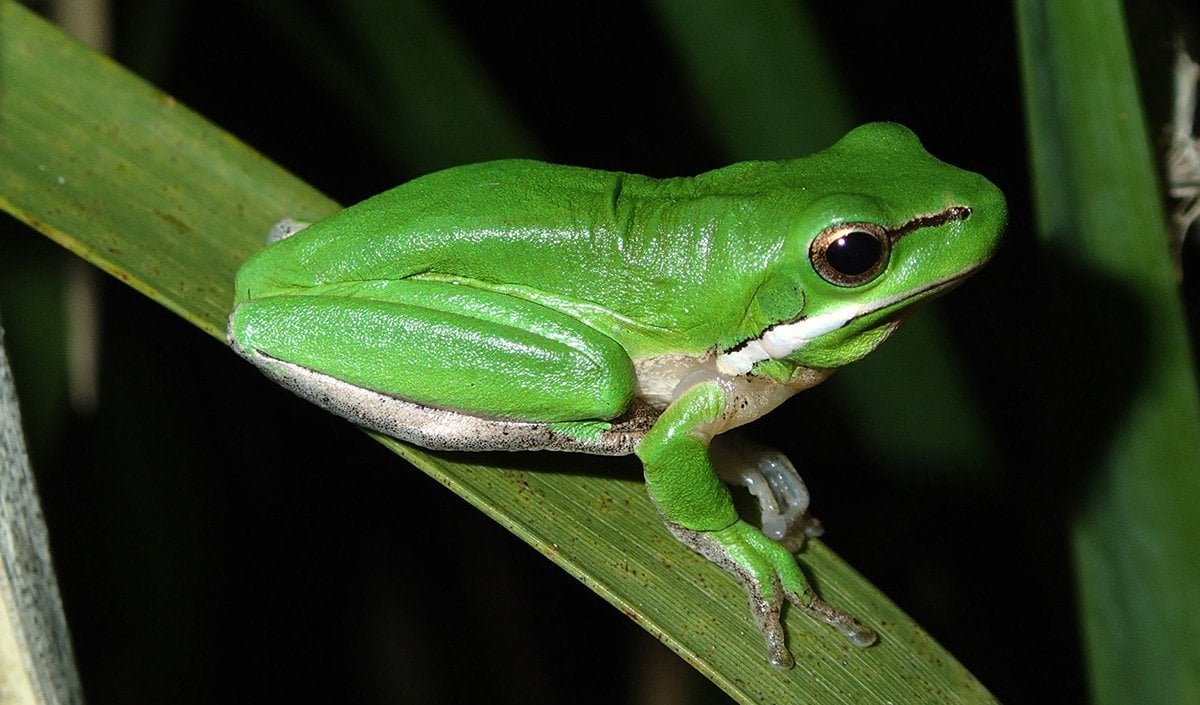 An eastern dwarf tree frog. Image credit: Jodi Rowley
Reading Time: 4 Minutes • Print this page
A guide to how you can make your backyard perfectly cosy for our native frogs.

AUSTRALIA’S FROGS are one of the most endangered groups of animals in the country, and so making your backyard frog friendly can help alleviate the stresses of habitat destruction, disease and pollution.

According to Australia’s pre-eminent frog expert Jodi Rowley from the Australian Museum, who recently launched the first ever national frog count, there are plenty of simple ways you can adapt your backyard to better accommodate different species of our colourful frogs.

But the relationship doesn’t just go one way, Jodi explains. “There are a tonne of benefits when a backyard is frog friendly. They’re a natural pesticide, they keep mosquitoes at bay and they serve as little packets of protein for other native wildlife.”

Jodi does say, however, that their sensitive skin and wariness of losing moisture can determine how long a frog is willing to check-in for.

“They can end up sucking up chemicals that could harm them or potentially even kill them. So reducing chemicals in your garden is definitely important.”

Pesticides can also deplete the frogs’ food source, so Jodi advises leaving frogs to do what they do best: eat a tonne of invertebrates, which hopefully curbs your need to use pesticides in the first place.

The dangers of pools and spas

Pools and spas will often appeal to frogs for their vast amounts of water; however the chlorine, salts and other chemicals they contain can have dire effects on frogs.

Frogs may also find it difficult to get out of the pool once they’ve dived in.

“A lot of frogs aren’t great climbers so if they get in they often can’t climb back up the sides so they’ll end up swimming around until they drown. They end up getting exhausted just swimming around just as we do.

“Sometimes when people catch frogs they say, ‘Oh I caught a frog and I put it in a bucket of water’ and I think, ‘Oh no, not all frogs are great swimmers.’

“Even if the sides of a pond are too steep that can be a significant death trap for some species of frog.”

Jodi added that, if you’re willing to go all out, you can purchase FrogLogs or simple animal ladders that can prevent animals from drowning in your pool or spa.

You can find some varities here, but many of these models can be constructed from home materials with careful guidance.

A place to call home

Jodi says that anything from dense vegetation like lomandra, to medium-sized logs can be used as shelter for different species of frog.

“Frogs are quite sensitive to losing moisture and so they need somewhere where they won’t be overly exposed to the sun and the wind.”

If you live in a place like Darwin, where there is an abundance of tree frogs, Jodi has a special trick.

“For tree frogs, you can get a PVC pipe — a metre of it or so — and stick the base in the ground, sticking right up. It provides a really moist environment for tree frogs for them to hide, kind of like a tree frog apartment.

“Many of the rare species of frog would also appreciate having these kinds of makeshift houses, where it’s dark and moist.”

Know the frogs common to your area

Accommodating the species of frogs most common in your area is one way to increase the chances of more visitors.

“It’s also a good idea to create habitats for some of the less common frogs in urban areas. That includes the green tree frogs that seem to have disappeared from Sydney. They don’t like the ponds that most people build and they don’t like the competition with ground frogs.

“You can definitely build decent habitats for common frogs and you can try and lure the more uncommon ones as well if you know your area.”

“If you go onto Frog ID there’s a section called Frogs Near Me. There can be anywhere from 3 to 35 different species of frog near you, depending on location. This will also change according to season so keeping an eye out for that is a good idea too.”