Home Topics Wildlife This sequined spider glistens in the light

This sequined spider glistens in the light 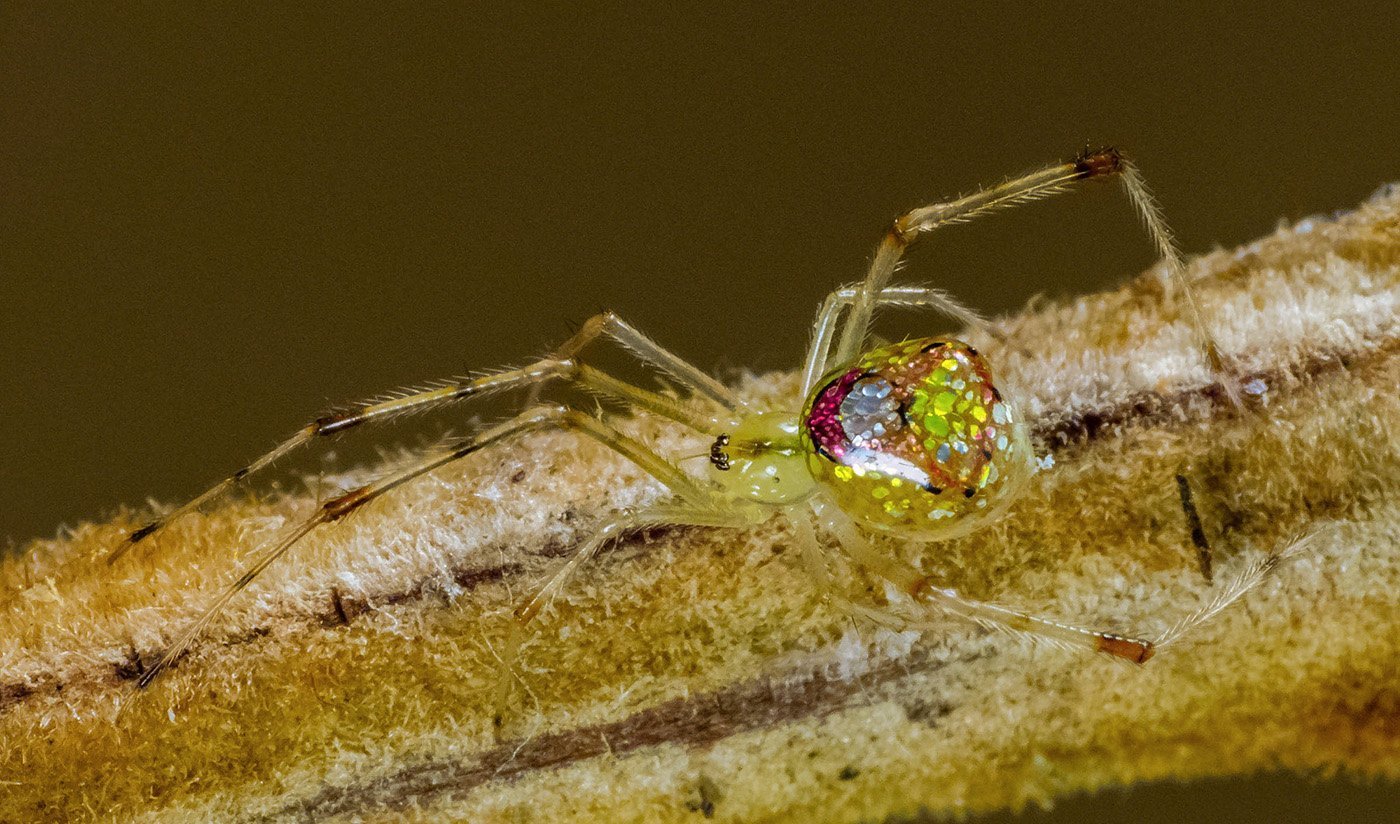 AUSTRALIA’S SEQUINED spiders or ‘mirror’ spiders (Thwaitesia spp.), like our peacock spiders (Maratus spp.), make us question whether these animals are as ‘scary’ or ‘ugly’ as we often perceive them to be.

Robert Whyte, an expert on Australian spiders, particularly the genus Thwaitesia, first sighted the mirror spider when its silvery abdomen was reflecting light from a small leaf, creating an entrancing, colourful sparkle.

Since it was first described Robert says it’s one of those spiders that children are keen to seek out.

“The mirror spider is so common around creek lines, especially in Brisbane. I can describe to a six-year-old — its size and how it sparkles — and within five minutes they’ll go out looking for it.”

The spider’s good looks and the work scientists are doing to dispel enduring myths—particularly that one about flesh-eating white-tail spiders—is changing our opinion. But Robert says we’ve still got some fears to overcome.

“We’re seeing a slow change in attitudes,” he acknowledges. “ I think it’s because Australia has a reputation for having the world’s most dangerous everything.” The deposit of silver seen across the mirror spiders abdomen is made of guanine, which is a by-product of the spider’s digestion.

“Instead of excreting it all out into the environment through their poo, some of it excretes out onto the surface of the gut,” Robert says.

As a result the mirror spider is equipped with a pretty, yet effective form of camouflage.

“It’s a particularly good camouflage in the tropical areas where it rains more because you have rain drops which also sparkle in the sun, and so the spider goes relatively unnoticed.”

The deposits of guanine are often accumulated into large blobs, which often resemble a glittery mosaic.

In other instances the spider will contract its muscles across the tops of the gyanocytes, structures on the outside of the gut that hold the guanine crystals.

When the muscles contract the brown ‘skin’ of the gut contracts over the top of the guanocyte, hiding the silver crystals According to Robert, the mirror spider, while just as pretty as the peacock spiders, lacks an onscreen presence.

“The peacock spider on the other hand lifts its third legs up, bangs them together at the top and each one has a different colour pattern and different way of performing courtship. And they even drum.”

But the mirror spiders are still making waves.

“These lovely little arachnids are hugely changing the way we think about spiders.

“When I show pictures of the mirror spider to people during talks people will say ‘oh that’s beautiful’, while other people who might be afraid of spiders say, ‘that’s not a real spider’.”

Robert says that for safety reasons, Australians perception of spiders needs to change.

“It’s such an irrational fear. It doesn’t make any sense.

“When you encounter them you’re going to panic and you’ll do something unpredictable, like falling off a ladder or crashing your car.

But he says there’s hope for the future.

“Kids are not as ingrained in their attitudes towards spiders and schools are taking more initiative.”

Robert Whyte is  lead author of the comprehensive A Field Guide to Spiders of Australia, published by CSIRO Publishing in 2017.