The truth about white-tailed spiders 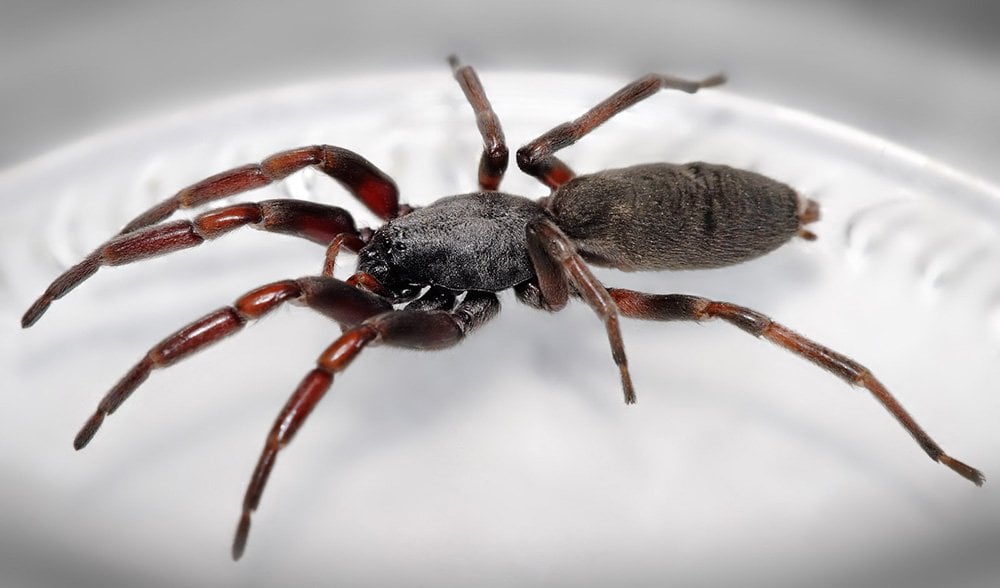 White-tail spiders belong to the <em>Lampona</em> genus, native to Australia and New Guinea. <em>IMAGE CREDIT: Fir0002/Flagstaffotos (<a href="https://www.gnu.org/licenses/old-licenses/fdl-1.2.en.html" target="_blank">GFDL v1.2</a>)</em>
Reading Time: 5 Minutes • Print this page
White-tail spiders have gained a frightening reputation since the 1980s – much of it undeserved. We’ve answered your questions about these misunderstood and maligned arachnids.

IN JUST 20 YEARS, a previously little-known spider with virtually no evidence of harm has stirred up terror both in the public and even modern medical communities. Unfortunately, reliable facts on white-tailed spiders are shrouded with horrifying urban myths and blurred evidence from the media.

Dr Geoff Isbister, an expert in envenomation at the University of Newcastle, NSW, has published many articles and studies on white-tailed spiders. The “modern plague”, as he calls it, is the idea that spider bites can cause ghastly necrotic ulcers. This phenomenon, known as necrotic arachnidism, has been falsely associated with the white-tailed spider.

In 2003, Geoff co-authored a leading study in The Medical Journal of Australia investigating 130 white-tail spider bite cases in an effort to dispel the irrational stigma around them. However, news stories still surface from time to time that revamp fear of the spider as a flesh-eating monster.

What is true about the white-tailed spider, and what is fabricated? Why and how did the myths start?

Here are some concrete answers to your frequently asked questions about white-tailed spiders.

What is a white-tailed spider?

There are two common species of white-tailed spiders in Australia: Lampona cylindrata and Lampona murina. They are both part of the Lampona genus, native to Australia and New Guinea.

White-tail spidersed are vagrant hunters that usually roam at night. Instead of spinning webs and eating insects, they prefer to feast on other spiders, such as curtain-web spiders, daddy-long-legs, redback spiders, and black house spiders.

Where do white-tailed spiders live?

The Lampona genus is abundant, with some 60 species distributed throughout Australia. According to the 2003 study, L. cylindrata can be found across southern Australia, in southeast Queensland, New South Wales, Victoria, South Australia, Tasmania and southern Western Australia. L. murina is found in Queensland, New South Wales and Victoria. Both species have also been found in New Zealand.

White-tailed spiders are adaptable to both bush and urban environments. The spiders like to hide beneath bark, rocks, plant litter, in gardens and within tight spaces inside of homes.

What happens when you get bitten by a white-tailed spider?

Most spiders, such as the white-tailed spider, don’t want to bite you. “They will only bite if provoked,” says Geoff.

In the 2003 study, 95 per cent of the bites investigated occurred indoors, and 75 per cent between 4pm and 8am.

The preferred hiding spots of white-tailed spiders are between pieces of fabric. Two-thirds of bite victims found the spiders nestled in bedclothes, towels, and clothing. (So it’s a good idea to shake out your sheets and towels if you’re afraid of spiders!)

If you do get bitten by a white-tailed spider, the symptoms are similar to those of a bee sting: an immediate burning sensation in the local area, followed by mild swelling and an itchy red mark.

Geoff and co-author Michael Gray – a spider expert at the Australian Museum – concluded in their 2003 study that the symptoms of a white-tailed spider bite follows three patterns: pain only, pain and a red mark lasting less than 24 hours, or pain and an irritating red lesion lasting from 5-12 days.

Eighty-three per cent of the spider bites resulted in a red mark. Out of the 130 cases in the study, none resulted in necrotic ulcers.

Pain and discomfort occurred in all cases, but only 27 per cent of cases reported “severe” pain, which was classified in the study as “pain greater than a bee sting or equivalent”.

Another study in The Medical Journal of Australia in 1989 tested and identified eight white-tailed spider bites, and the results concluded that the bite caused only local swelling, mild pain, and itchiness and either no systemic symptoms, or anxiety.

So, are white-tailed spiders the flesh-rotting monsters that gory internet memes and chain emails would have you believe? There is no evidence to prove this. In fact, referencing the two studies mentioned above, there is good evidence to suggest the opposite.

Although this myth was debunked by experts shortly after the articles surfaced, the public was still rattled by the possible association, and misleading headlines continued, which only perpetuated fear.

“This association remains despite no significant evidence to support the involvement of spiders in necrotic ulcers,” said Geoff in a 2004 article in The Lancet, called “Necrotic arachnidism: the mythology of a modern plague“.

Alarmingly, it isn’t just the public and media that are adhering to a false association between the white-tailed spider and necrotic ulcers – it is also occurring in modern medical practices.

“The medical community is by no means immune to the myth of necrotic arachnidism and is responsible for its persistence by not questioning the evidence or investigating necrotic ulcers in the same way as any other disorder,” said Geoff.

How did the white-tailed spider myths start?

The remaining question is, how did these myths endure over the past 20 years, despite the obvious lack of evidence?

The false case studies date all the way back to 1987, when an Australian patient was diagnosed with necrotic arachnidism after developing severe ulceration. This, like all other cases, was a misdiagnosis.

However, the establishment of spider phobia in the media and now even in some GPs goes well beyond a few false case studies. The unfounded fear of spiders has influenced cultural mythology since the dawn of time, according to Geoff.

“The diagnosis of a spider bite continues to be based mainly on suspicion and fear of spiders,” he said.

This fear is largely irrational – only two of Australia’s 10,000-plus spider species are dangerous. In fact, spider bites are less life-threatening than snakes, sharks and bees.

What should you do if you get bitten by a white-tailed spider?

Rule number one: it may be painful, but do not panic. Of the 130 patients in the 2003 study, zero needed to be admitted to the hospital after the bite.

Always clean the site of your bite. The most common treatment for white-tailed spider bites is icepacks to reduce the swelling. Other than that, there are no other necessary first-aid treatments, says Geoff, “except to make sure your tetanus shot is up to date like any spider bite or wound”.