Despite a fearsome reputation in other parts of the world, scorpions in Australia are relatively harmless and come in a surprising variety of sizes and colours.
By Nick Volpe • May 26, 2016 • Reading Time: 3 Minutes • Print this page 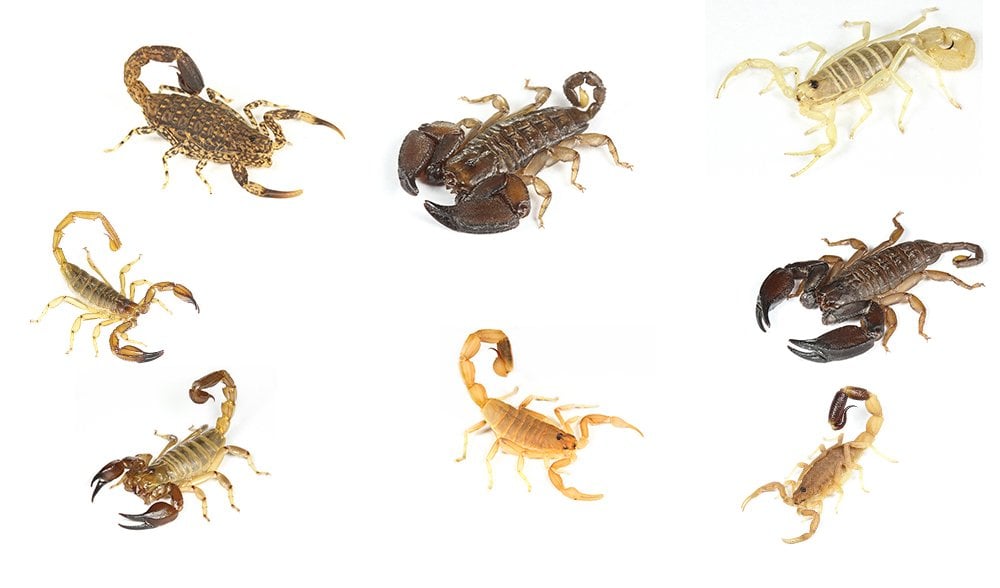 FROM RAINFORESTS TO deserts, the Australian environment is incredibly varied and may be home to more than 100 species of scorpion.

They prey upon anything smaller than themselves: beetles, crickets, spiders and even small frogs and skinks. Our scorpions vary in length from 2cm to 12cm, and are typically nocturnal animals that seek refuge during the day under debris or in burrows. This elusive behaviour, and the fact that they sometimes live in remote habitats, means they are seldom seen. Scorpion stings are therefore infrequent, but some species can make a nuisance of themselves by entering people’s homes.

Even if stings do occur, these are usually just a painful irritation, because none of our known scorpions have fatal venom. The Buthidae family includes all of the world’s most venomous scorpions, such as deathstalker and fat-tailed scorpions with potent stings, but Australia’s buthids are much smaller, and victims of their stings don’t usually require medical assistance. This large and aggressive scorpion is widespread throughout the deserts of Australia’s interior. To shelter from the sweltering daytime heat of the inland, this species constructs deep, spiral burrows up to 1m deep in sandy soils. This scorpion is well adapted to the rainforests of QLD and north-eastern NSW. Its large claws help to lock its flat body into rock and log crevices away from predators, and also assist it in ambushing wandering prey. This scorpion lives in Australia’s arid inland, and has likely evolved to become a specialist spider hunter. It’s thought that it shelters in the burrows of trapdoor spiders, having killed the spider beforehand. One of Australia’s largest and most spectacular scorpion species. It’s found exclusively in the gullies of the Flinders Ranges and surrounds in SA, where it lives in shallow scrapes that it constructs under rocks. This species is found in Cape York, QLD, and South-East Asia. It lives in colonies 40m above the ground, under the bark of trees in rainforest canopies. Females of some populations can asexually produce clones of themselves. One of our most interesting scorpions, this species is adapted to inland SA’s harsh, barren salt lakes. At night it roams the lakes’ surfaces, where it hunts resting flies and small spiders with limited competition from other scorpions. A small scorpion that may in fact be several species, it inhabits sand dunes throughout SA and WA. As it waits to ambush passing ­invertebrates, its light colouration provides camouflage in the sand and small shrubs at night.