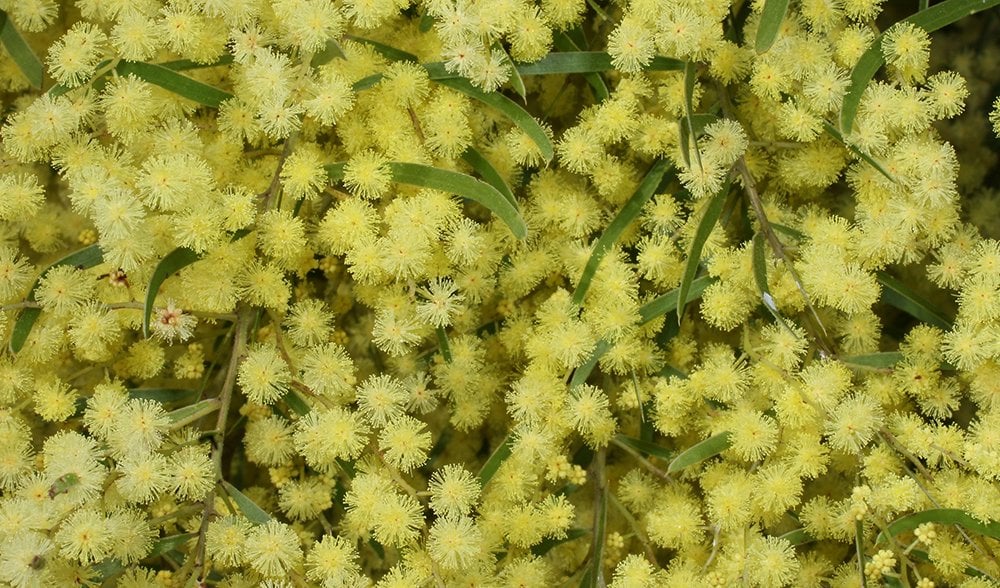 Fringed wattle (<em>Acacia fimbriata</em>). Image credit: Tim Low
Reading Time: 2 Minutes • Print this page
Australia has earned resentment overseas for something that seems very ordinary – our wattles having Acacia as their genus name. In Africa, botanists have spoken of “extreme unhappiness” and “profound outrage” over this situation.

‘ACACIA’ IS AUSTRALIAN only because of intense lobbying by Australians at the 17th International Botanical Congress in Vienna in 2005. Australians were later accused of conning the congress and stacking the vote.

This controversy goes back some decades to awareness by experts that the name Acacia was being applied too liberally. Africa’s flat-topped thorn trees are very different from Australia’s wattles but until 2005 they shared the name Acacia, along with other trees in Asia and Latin America. Change was needed when genetic studies found wattles to be closer to genera such as Albizia than to other Acacia.

Because Acacia was applied first (in 1753) to a thorny tree found in Africa and Asia, the rules of priority demanded our wattles take another name. A name had been created back in 1835, the uninviting Racosperma. Rather than see this ugly word rise from obscurity two Australian botanists, Bruce Maslin and Tony Orchard, launched a determined campaign to have an exception made to the International Code of Botanical Nomenclature. They argued that Australia, with close to a thousand wattle species (compared to 163 thorn trees), would suffer unduly from a name change. To give just one example, Australia’s floral emblem, the golden wattle (A. pycnantha), would become Racosperma pycnanthum, and Australians would be obliged to “rewrite and reprint pamphlets, handbooks, guides, textbooks, floras, technical manuals and the like”.

In Vienna, 55% of Nomenclature Section members voted against giving Acacia to Australia, but a 60% majority was needed to stop this. There were complaints that Australia won because, as a rich country, it could fly in more voting delegates than African and Latin American nations could. (Genus Acacia was actually split into five genera, three of which won acceptance, leaving two over which the name was fought.)

Australians were not, however, united in their approach. A leading voice for Racosperma was Les Pedley, one of Australia’s foremost wattle experts. Europe and North America were divided, with some botanists in each camp.

At the next botanical congress in 2011 a challenge to the earlier ruling failed, as might have been expected since that congress was held in Melbourne. Africa now has an unloved name – Vachellia. Some experts are snubbing this word as the controversy simmers on. The Wikipedia entry for Acacia, when I checked this morning, is all about thorn trees, not wattles.