Home Topics Wildlife What to do if you find a spider: complete guide

What to do if you find a spider: complete guide 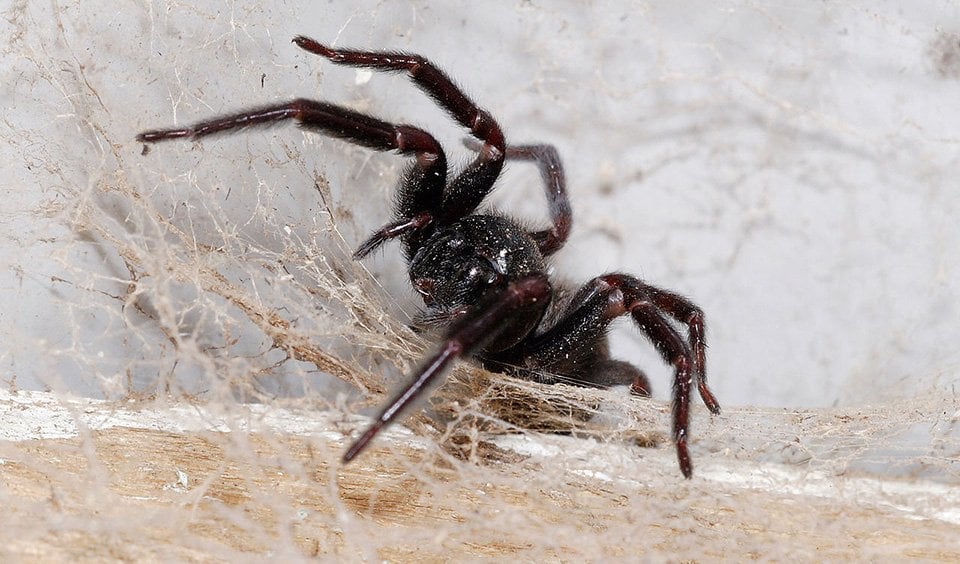 A common black house spider. Image credit: Fir0002/Flagstaffotos/Wikimedia
Reading Time: 4 Minutes • Print this page
Australian spiders certainly have a fearsome reputation, but what should you do if you encounter one?

Despite Australia’s reputation for housing the world’s most dangerous spiders, very few human deaths have resulted from spider bites, and none has occurred in the last 36 years. In fact, bees are more deadly than spiders, in Australia

What should you do if you find a spider?

Do not panic. Most of Australia’s estimated 10,000 spider species are not venomous. In fact, spiders are likely doing you a favour by keeping your house clean of other insects.

It’s only really the Sydney funnel-web and redback spiders that are dangerous and they’re easily identifiable, says Associate Professor Bryan Fry, a venom expert from the University of Queensland.

If the spider is running up the wall or is sitting in a windowsill then it’s harmelss, says Bryan. However, it is always wise to exercise caution when encountering a spider, at least until you can identify it as non-venomous.

Overcoming a longstanding childhood fear of spiders, Dr Robert Raven is now one of Australia’s foremost spider experts. Head of Terrestrial Biodiversity and the senior curator (Arachnida) at the Queensland Museum, Robert says there are many variables in dealing with a spider encounter, and there is no one-size-fits-all approach. “With most spiders, there is a very limited danger to humans; however, the few that are deadly generally are invasive and pervasive,” he says.

Moreover, individual responses to a spider bite can vary widely, depending on the person’s health and the amount of venom they were exposed to. “Most healthy people will not respond to a spider bite; however, people who are allergy-prone, diabetic or asthmatic will have a much more severe reaction,” he says.

Getting rid of a spider inside your home

As a preventative strategy, try removing spiders in and around your house by checking windows, walls, verandas, cavities in the ceiling, as well as under the floor. White-tailed spiders, which are dangerous but unlikely to be lethal, like to feed on common black house spiders, which means you should try to keep your house spider-free to avoid luring in a pesky white-tail.

Generally, if you have a fear of spiders you should have your house treated professionally at least twice a year: once at the start of spring and once in summer.

Spiders in your car

Robert advises against panicking in a situation where you are confined in your car with a spider. “Switch on hazard flashing lights, wind your window down, slow down and stop, engine off. The wind will keep the spider away from the window and you. When you are stopped safely and away from traffic, open passenger door and turn all fans on and pointed down,” he says.

What to do if you’re bitten by a spider

In the rare event that you do get bitten, try to trap or photograph the spider, so that you (or a professional) can identify the species if medical treatment is required.

According to Robert, most spiders that are dangerously venomous will start to affect the human body within 30 minutes. If you suspect you were bitten by the venomous redback or funnel-web spider, be sure to keep as still as possible, and avoid elevating the bitten area. It is important to seek immediate treatment at the nearest hospital. Do not squeeze or rub the wound, as this will only spread the venom more rapidly. A funnel-web spider wound requires the application of a tightly wrapped bandage around the whole limb, while the redback spider wound should not be wrapped.

Identifying a spider as dangerous can be a challenging task, but there are certain spiders that are worth noting for both their characteristic markings and deadly venom. Here are the spiders you should learn to identify:

Of the 40 or more species of funnel-web spiders, the Sydney funnel-web (Atrax robustus) is undoubtedly the most deadly; it injects atraxotoxin, one of the most dangerous toxins found in the animal kingdom. Normally distributed within a 120km radius of Sydney, this aggressive arachnid is renowned for its highly toxic and fast-acting venom. Generally, they are medium to large spiders, varying from 1cm to 5cm in body length and can be distinguished by their glossy, blue-black carapace and finger-like spinnerets at the end of the abdomen.

Fact: If you find a Sydney funnel-web spider in your beloved pet’s bowl, do not be alarmed: the funnel-web’s venom generally only affects primates.

Widely spread throughout Australia, the redback spider(Latrodectus hasselti) is one of the most notorious and easily identifiable spiders in the country. Bearing a prominent red stripe on its abdomen, the female redback is unnervingly small, ranging from 3mm to 10mm in length. It is also responsible for the majority of serious spider bites in Australia, as it injects a highly complex cocktail of venom into the body. Luckily, since the introduction of an antivenom in 1956, no human deaths have been reported.

Fact: Female redbacks pose the bigger threat, as the male’s fangs are too small to penetrate human skin.

Living in harmony with spiders

Despite the rumours, spiders are not actively seeking human prey. Generally, most spiders will avoid human contact, and only, very rarely, do they attack when provoked.