‘Who painted the bark?’: meet the magnificent rainbow eucalyptus PEOPLE OFTEN don’t believe the rainbow eucalyptus (Eucalyptus deglupta) when they see it.

“Who painted the bark?” was the first reaction of Brett Summerell, the chief botanist at the Royal Botanic Garden Sydney.

“Certainly it has the most colourful bark and trunk of all eucalyptus species making it unique in that respect,” Brett says.

Native to Papua New Guinea, Indonesia and the Philippines, the brightly coloured rainbow eucalyptus – with its purple, green, red and orange bark – is an eye-catching beauty.

You could easily compare the colours to what you’d see in your average four-pack of assorted highlighters, which is what makes the tree so striking. 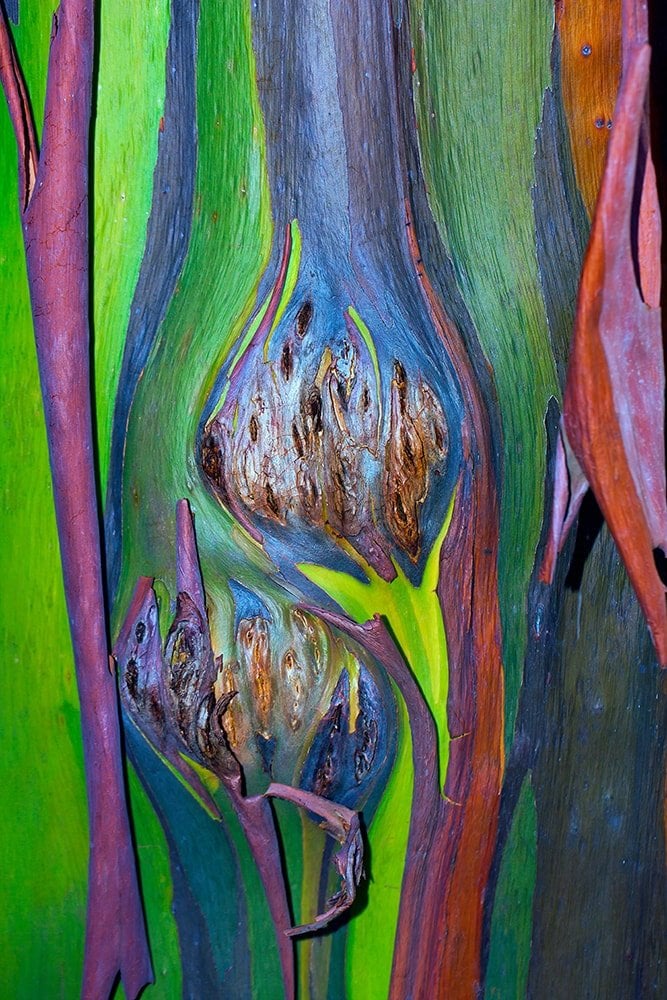 What’s really fascinating, however, is that the bark changes colour over time, which is what gives the tree its kaleidoscopic look.

“It starts off as a bright green when first exposed, and then turns to red, orange and purple tones and then to brown as the bark matures – this is then shed and the process starts again,” Brett explains.

“This process isn’t unusual– the forest red gum, spotted gum and others do it too – it’s just that the colour changes are way outside the norm seen for eucalypts.”

The ‘deglupta’ in its scientific name translates to ‘to peel off, husk or shell where it grows naturally’.

Brett and the team at the Botanic Garden have successfully planted a rainbow eucalyptus, but itls early days, and he says the bark colours are not as pronounced outside its natural habitat.

The eucalyptus has also been planted as far as Florida and Hawaii, mostly to decorate parks and streets.

Clearly, it’s a worldwide favourite, but it isn’t all good news for the rainbow eucalyptus. Around South-East Asia, in its natural habitat, it’s threatened by logging and use for firewood.