The weird world of shark eggs 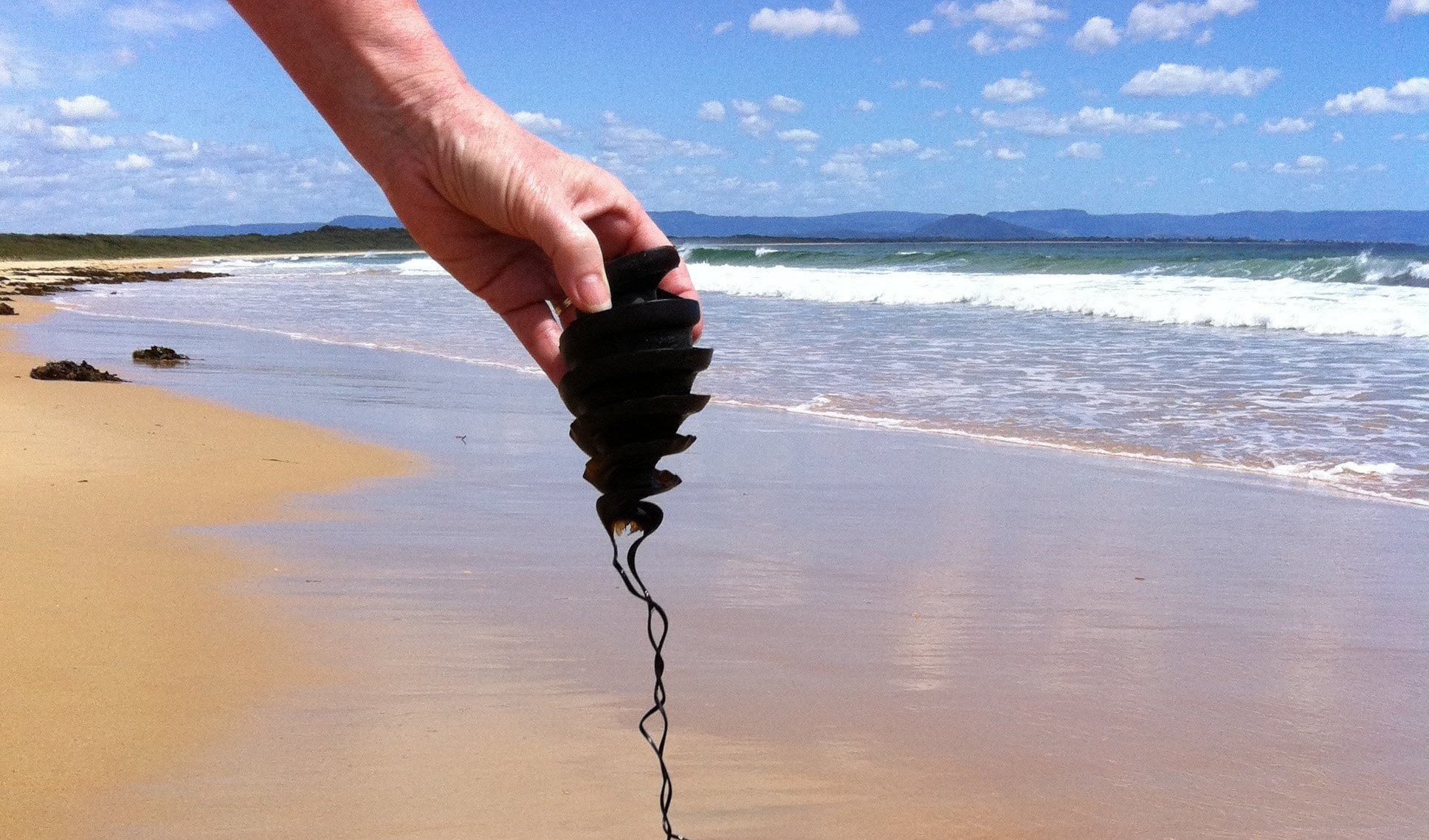 A crested-horn shark egg. Image credit: Mark McGrouther
Reading Time: 3 Minutes • Print this page
It’s likely that you’ve stumbled across a shark egg before, but you may not realise how diverse the colours and shapes really are.

TO THE AVERAGE person, the reproductive lives of Australian sharks is steeped in mystery. But the scattering of shark eggs across our coastlines gives a small insight into the way adult sharks bring their pups into the world.

Unlike most fish – which spurt their eggs and sperm into the water column and hope for the best – sharks practice ‘internal fertilisation’, which gives their pups a much better chance at survival.

Professor Colin Simpfendorfer, a shark expert from James Cook University in Queensland has spent a lot of his time studying the reproductive lives of Australian sharks and rays and he continues to be fascinated by the different ways they nourish their young.

According to Colin, by far the most bizarre strategy is that of the grey nurse shark (Carcharias taurus). “The grey nurse shark pups eat each other within the uterus and then you end up with just one surviving animal,” he says. This method is known as ‘intrauterine cannibalism’.

Oviparity – the laying of eggs – is harnessed by a small number of shark species, as most sharks are viviparous, meaning the eggs develop inside the mother. These often palm-sized eggs come in various colours, shapes and textures, depending on the species of shark.

Mark McGrouther has been the ichthyology (fish science) collection manager at the Australian Museum since the late 1980s and has seen his fair share of shark eggs. His favourite is the egg of the crested-horn shark (Heterodontus galeatus), which is cone-shaped, black matte in colour and has spiralling tendrils hanging off the bottom.

Without the black tendrils, it looks identical to the Port Jackson shark egg – the one you’re most likely to see at the beach. And there’s practical reasons for its bizarre shape.

“When the Port Jackson shark lays an egg, she’ll pick it up in her mouth and screw it into rocks and crevices to anchor it, so that they don’t wash away and that’s what gives them that shape,” explains Mark.

The purpose of the tendrils, he says, is to become tangled in seaweed or glued to the algae as another way to anchor the egg.

According to Colin, once the sharks lay their eggs, the pups are completely on their own, subject to the weather and other predators. “When they emerge they have to be ready to go, able to feed, able to look after themselves because we haven’t seen any evidence that the parents provide care post laying eggs.”

And life isn’t easy inside the egg, either. “There is some work that suggests embryos in shark eggs reduce their activity when predators are present to reduce chances of predation. I think they are able to smell them because later in development the eggs split open a little to allow water to circulate to help respiration.”

One of the most bizarre-looking shark eggs is that of the draughtboard shark (Cephaloscyllium laticeps). It’s an orange-yellow colour, with bright tendrils that look a lot like cake decorations:

Then there’s the egg of the Australian ghost shark (Callorhinchus milii) which would pass as a prop from the movie Alien, with its metallic blue-black colour, and ribbed edges:

The zebra shark egg (Stegostoma fasciatum), on the other hand, looks a bit like a jacaranda pod:

Today, the term ‘mermaid purse’ is broadly applied to the egg case of any shark or ray. However, Gilbert Percy Whitley, a celebrated ichthyologist who worked at the Australian Museum from 1925 to 1964, wrote that the only true ‘mermaid purse’ is the skates’ egg.

Skates look similar to your average stingray, but without the usual whip-like tail and stinging spine, and they have more pronounced snouts.

Like some sharks, skates are oviparous, producing one of the most bizarre egg shells of all –  resembling the heads of two rhinoceros beetles stuck together. But it’s easy to see where they get the nickname ‘mermaid purse’, because of the plump, wallet-like centre of the egg.

And, much like shark eggs, predation presents a major risk to survival. “There are quite high levels of predation on skate eggs – up to 18 per cent in one study – by gastropods that bore through the egg case and suck out the contents.”

Thank you to Jake Jackson for his assistance with this article.