Home Topics Science & Environment The 10 most destructive tsunamis in history

The 10 most destructive tsunamis in history

Here are the ten biggest tsunamis in recorded history, ranked by the devastation they wrought.
By Campbell Phillips • March 16, 2011 • Reading Time: 4 Minutes • Print this page 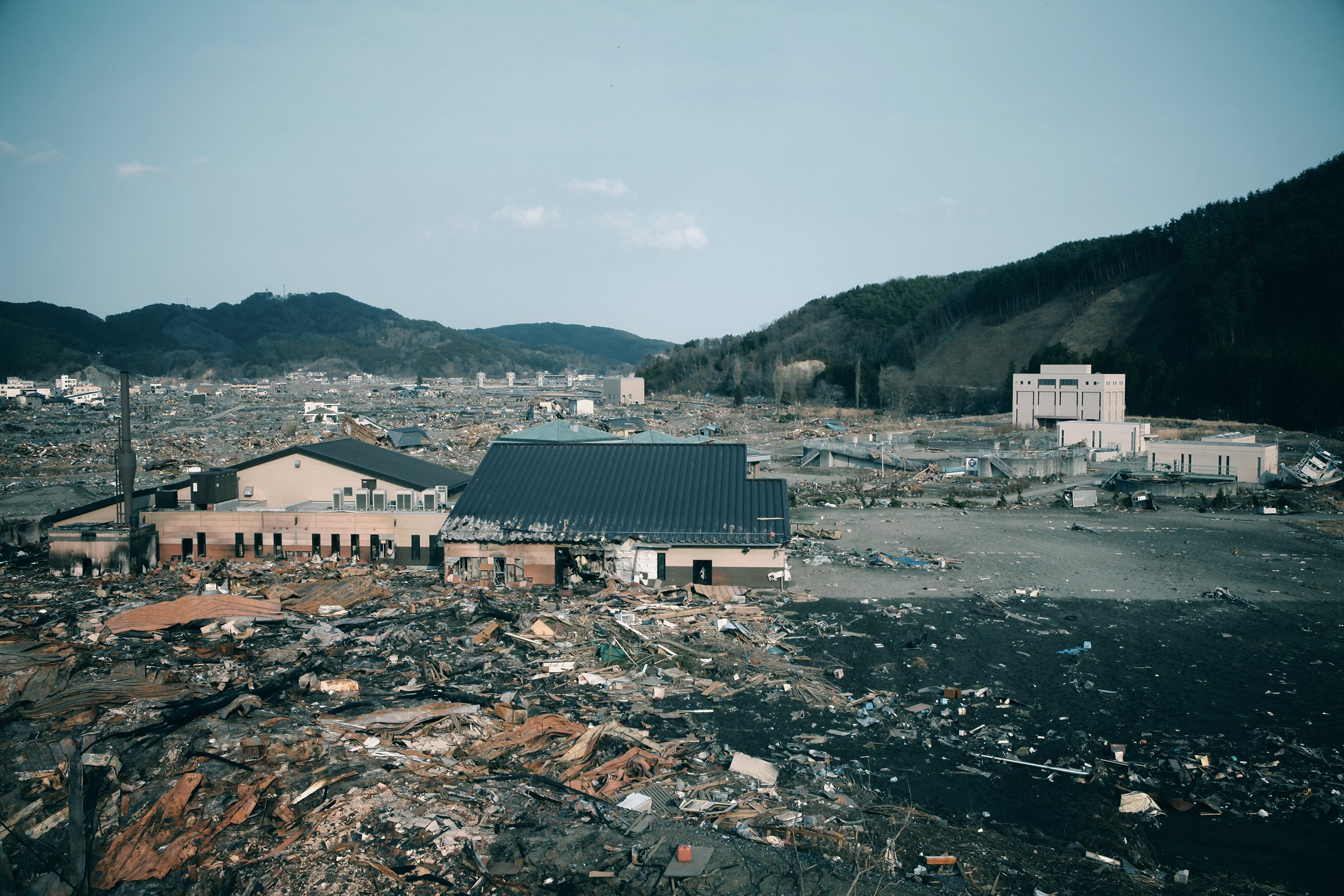 A tsunami hit the north-east coast of Japan after a magnitude 9.0 earthquake on 11 March 2011. Image credit: Shutterstock

THE EARTHQUAKE AND subsequent tsunami that devastated Japan in 2011 showed just how vulnerable modern society is to the power of Mother Nature. While tsunamis were largely unknown to the wider public before the hugely destructive 2004 Boxing Day Tsunami, they have occurred many times in the past.

Tsunamis can be generated by any significant displacement of water in oceans or lakes, though are most commonly created by the movement of tectonic plates under the ocean floor, during an earthquake. But they can also be caused by volcanic eruptions, glacial carving, meteorite impacts or landslides.

Everything around us is matter. Matter exists in three main states – solids, liquids and gases. In this book, students explore the behaviour of different substances and how they change at different temperatures. They learn to classify substances by observing their physical properties and discover that visible information is not always sufficient.

Larger tsunamis don’t alway cause the most destruction

Tsunamis have occurred often throughout history. So frequently in Japan, in fact, that they invented the word specifically for the phenomenon: ‘tsu‘ meaning harbour and ‘nami‘ meaning wave.

“It’s actually quite frightening to think that this [Japanese tsunami] event is smaller than the 2004 Indian Ocean tsunami, smaller even than the 1960 Chilean tsunami, yet the damage to Japan’s people and economy is still profound,” says Professor James Goff, co-director of the Australian Tsunami Research Centre and Natural Hazards Research Lab at the University of New South Wales. “It’s a horrendous tragedy, caused by a completely unpredictable event.”

Because little historical data exist on the size of tsunami waves, how many occur in one event, or how far they advance on shore, scientists rank them according to how much damage they wreak. However, assessing just how much damage a single tsunami event causes may take many months to years; and it may be some time before the Japan earthquake and tsunami can be truly rated on a historical scale.

The 9.1 magnitude earthquake off the coast of Sumatra was estimated to occur at a depth of 30 km. The fault zone that caused the tsunami was roughly 1300 km long, vertically displacing the sea floor by several metres along that length. The ensuing tsunami was as tall as 50 m, reaching 5 km inland near Meubolah, Sumatra. This tsunami is also the most widely recorded, with nearly one thousand combined tide gauge and eyewitness measurements from around the world reporting a rise in wave height, including places in the US, the UK and Antarctica. An estimated US$10b of damages is attributed to the disaster, with around 230,000 people reported dead.

A powerful tsunami travelling 800km per hour with 10m-high waves swept over the east coast of Japan, killing more than 18,000 people. The tsunami was spawned by an 9.0 magnitude earthquake that reached depths of 24.4km- making it the fourth-largest earthquake ever recorded. Approximately 452,000 people were relocated to shelters, and still remain displaced from their destroyed homes. The violent shaking resulted in a nuclear emergency, in which the Fukushima Daiichi nuclear power plant began leaking radioactive steam. The World Bank estimates that it could take Japan up to five years to financially overcome the $235 billion damages.

A magnitude 8.5 earthquake caused a series of three huge waves to strike various towns along the west coast of Portugal and southern Spain, up to 30 m high, in some places. The tsunami affected waves as far away as Carlisle Bay, Barbados, where waves were said to rise by 1.5 m. The earthquake and ensuing tsunami killed 60,000 in the Portugal, Morocco and Spain.

Related: Explainer: how to prepare for a tsunami

This tsunami event is actually linked to the explosion of the Krakatau caldera volcano. Multiple waves as high as 37 m were propagated by the violent eruptions and demolished the towns of Anjer and Merak. The sea was reported to recede from the shore at Bombay, India and is said to have killed one person in Sri Lanka. This event killed around 40,000 people in total; however, as many as 2,000 deaths can be attributed directly to the volcanic eruptions, rather than the ensuing tsunami.

An earthquake, estimated to have been at least magnitude 8.3, caused tsunami waves along the coasts of Kii, Mikawa, Surugu, Izu and Sagami. The waves were powerful enough to breach a spit, which had previously separated Lake Hamana from the sea. There were reports of homes flooding and being swept away throughout the region, with a total of at least 31,000 people killed.

A magnitude 8.4 earthquake caused sea waves as high as 25 m to hammer into the Pacific coasts of Kyushyu, Shikoku and Honshin. Osaka was also damaged. A total of nearly 30,000 buildings were damaged in the affected regions and about 30,000 people were killed. It was reported that roughly a dozen large waves were counted between 3 pm and 4 pm, some of them extending several kilometres inland at Kochi.

An Ecological Survey of this Fascinating Hidden World.

From the mysteries of darkly majestic kelp forests to the thermal vents cracked into the ocean floor that hold clues to the origins of life, explore the fabulous ecosystems of our oceans. This superb visual guide maps the major habitats of each of the planets’ oceans and look at the creatures that live there. Many of these creatures have…

This tsunami propagated after an estimated magnitude 7.6 earthquake occurred off the coast of Sanriku, Japan. The tsunami was reported at Shirahama to have reached a height of 38.2 m, causing damage to more than 11,000 homes and killing some 22,000 people. Reports have also been found that chronicle a corresponding tsunami hitting the east coast of China, killing around 4000 people and doing extensive damage to local crops.

This tsunami event was caused by a series of two significant earthquakes, estimated at a magnitude of 8.5, off the coast of Arica, Peru (now Chile). The ensuing waves affected the entire Pacific Rim, with waves reported to be up to 21 m high, which lasted between two and three days. The Arica tsunami was registered by six tide gauges, as far off as Sydney, Australia. A total of 25,000 deaths and an estimated US$300 million in damages were caused by the tsunami and earthquakes combined along the Peru-Chile coast.

A magnitude 7.4 earthquake is believed to have caused a tsunami that damaged a large number of islands in the region; however, the most serious damage was restricted to Ishigaki and Miyako Islands. It is commonly cited that the waves that struck Ishigaki Island was 85.4 m high, but it appears this is due to a confusion of the original Japanese measurements, and is more accurately estimated to have been around 11 to 15 m high. The tsunami destroyed a total of 3,137 homes, killing nearly 12,000 people in total.

The earthquake that caused the Ise Bay tsunami is best estimated as being of magnitude 8.2. The waves rose to a height of 6m, causing damage to a number of towns. The town of Nagahama experienced an outbreak of fire as the earthquake first occurred, destroying half the city. It is reported that the nearby Lake Biwa surged over the town, leaving no trace except for the castle. The Ise Bay tsunamis caused more than 8000 deaths and a large amount damage.

Related: Tsunamis: how they form