The biggest cyclones in recorded history

Hang on to your hats! Here’s our rundown of some truly monumental cyclones, hurricanes and typhoons.
By Marina Kaminev • February 4, 2011 • Reading Time: 4 Minutes • Print this page 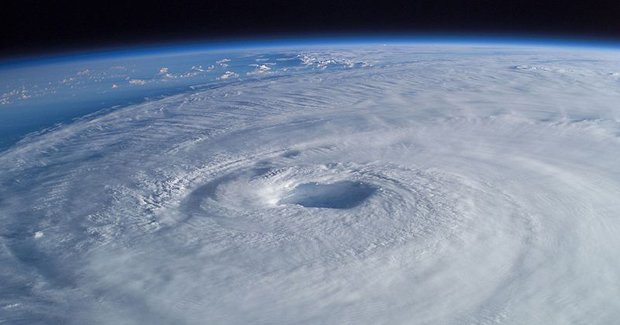 CYCLONE YASI, A CATEGORY 5 monster, collided with Queensland‘s Mission Beach on 3 February. The vast storm was spinning at wind speeds of 295 km/h – and, at its greatest extent, the main part of the storm spanned 650 km, making it one of the biggest in Australian history.

Strongest cyclone, hurricanes and typhoons not always most damaging

Even though just one person was killed by Yasi, it was actually more powerful on landfall than Hurricane Katrina, which whacked New Orleans with wind speeds of 280 km/ h in 2005, killing nearly 2,000 people.

Measuring cyclones, hurricanes and typhoons (which are all the same type of storm, but in different parts of the world) is a complicated task. There isn’t enough data to rank them simply by physical extent, and the strongest are often not the most destructive. Evaluating their force as they hit land is difficult as instruments can get destroyed, or measurements may not exist.

One good measure of intensity is pressure. “There is a good correlation between the central pressure and winds close to the eye [of the storm],” says Professor Kevin Walsh an atmospheric scientist at the University of Melbourne in Victoria. The lower the pressure the more air gets sucked in to the cyclone, and ultimately it will have more power, he says.

Pressure is indicated in hectopascals (hPa). Standard air pressure at ground level is 1,013 hPa. The low pressure at the eye of Cyclone Yasi measured 930 hPa, while Hurricane Katrina came in at 902 hPa.

The danger and the amount of damage caused depends on where a cyclone strikes. Cyclone Bhola, which hit Bangladesh in 1970, was only a Category 3 storm with a pressure of 966 hPa – much less intense than Yasi and Katrina – but it killed between 300,000 and 500,000 people because its storm surge flooded low-lying areas in the Ganges Delta.

Thankfully many of the most powerful cyclones often don’t make it to land at all, but hover over the oceans where they form.

Typhoon Tip developed near Micronesia, in the Western Pacific. With a low-pressure centre of 870 hPa and a diameter of 2,200 km. Tip broke records in both size and intensity. On 12 October it reached screaming wind speeds of 305 km/h, but by the time it made landfall, a week later on the Japanese island of Honshu, its winds had slowed to 130 km/h. Tip caused a huge amount of damage; rainfall led to 600 mudslides in Japan, destroying 22,000 homes and killing a total of 86 people.

Typhoon Nora began to develop east of the Philippines on 1 October. It swelled gradually over four days, eventually reaching speeds of 298 km/h. Its central pressure of 877 hPa was the lowest ever recorded at the time. Nora made landfall on the Philippines’ island of Luzon six days later. When it arrived in southeast China on 10 October it had weakened to a minimal typhoon. Nevertheless Nora killed 18 people and caused $2 million worth of damage.

Thankfully, Typhoon June never made it to land and remained in the Pacific Ocean. However, at the time it was the strongest typhoon recorded, reaching winds of 297 km/hour. It was also the first typhoon on record to have triple eyewalls – three concentric circles of thunderstorm around the eye of the storm.

Ida was spawned in the central Western Pacific Ocean on 20 September. It intensified three days later reaching peak winds of 321 km/h. Ida’s winds decreased to 129 km/h when it made landfall on the Japanese Island of Honshu. The typhoon led to torrential rain in south-eastern Japan obliterating two small villages. As a result of the rain, and 1,900 mudslides, 888 people died.

Typhoon Kit formed in the Pacific Ocean on 25 June. Unconfirmed reports indicate that its winds reached 313 km/h, but the technology to measure these speeds was still in its infancy. Typhoon Kit passed Honshu on 28 June, killing 64 people.

Super Typhoon Rita developed on 15 October, but only reached Category 5 status eight days later. Its pressure of 878 hPa was only 8 hPa less intense than the lowest pressure ever recorded, and Rita sustained this intensity for three days. By the time the vast typhoon made landfall in the Philippines, it had weakened to a Category 4. The death toll and resulting damage from the disaster is poorly recorded.

Vanessa made landfall in Guam, a U.S. Territory in the Western Pacific, with wind speeds of 109 km/h. However, the typhoon continued to grow as it moved over the ocean – eventually reaching sustained wind speeds of 298 km/h. Typhoon Vanessa caused $1.7 million damage in Guam, mainly to the banana crop.

Huuricane Katrina was one of the most costly, damaging and deadly hurricanes the US has ever seen, but it was Hurricane Wilma – the fourth Category-5 hurricane of the 2005 season – that was most intense to ever be recorded in the Atlantic Basin. It formed in the Caribbean Sea in October and strengthened as it moved southwest. It reached winds of 296 km/h and a low pressure of 885 hPa. Wilma made first landfall on the Mexican island of Cozumel and continued through to the mainland. It hit land again several times through its journey causing the most damage in Florida, Mexico and Cuba. The hurricane killed 62 people and led to destruction in excess of $29 billion.

Super Typhoon Joan originated in the Western Pacific. On August 28 it reached peak winds of 314 km/h; however, this is speculative due to the limited technology available at the time. The next day Joan struck Taiwan with winds of 298 km/ h, and meandered across the Formosa Strait before disintegrating in China. Joan caused heavy flooding, destroyed 3,308 houses and killed 14 people.

Super Typhoon Irma never made landfall and remained in the Western Pacific Ocean. It reached a peak intensity of 290 km an hour on November 11. In 1971 the typhoon was the fastest to intensify. Its pressure dropped from 981 hPa to 884 hPa in just one day.

See more
What if you had this many snake skins in your roof?
Need for speed led to seal swim evolution
The story of how the Australian cloaked bee was re-discovered
Indeed, Australia has a seriously good selection of weird moths
Rehabilitating raptors is difficult. Do they survive after release? Scientists now know
Rare footage of malleefowl chick emerging from its nest mound
Hairy-nosed wombat numbers grow to over 300 in Queensland
This is one very large frog
What are ‘internal waves’ that possibly sank the Indonesian sub?
‘Super-highways’ First Australians used to cross ancient land, mapped
From zesty tree ants to peanut-buttery bogong moths: 4 reasons insects could become a staple
Scientists raise alarm on 26 species of butterfly at risk of extinction
A land of flooding plagues: Australia’s history of mice and rat irruptions
One of the best meteor showers of the year is about to grace our skies
Australia’s amazing dinosaurs