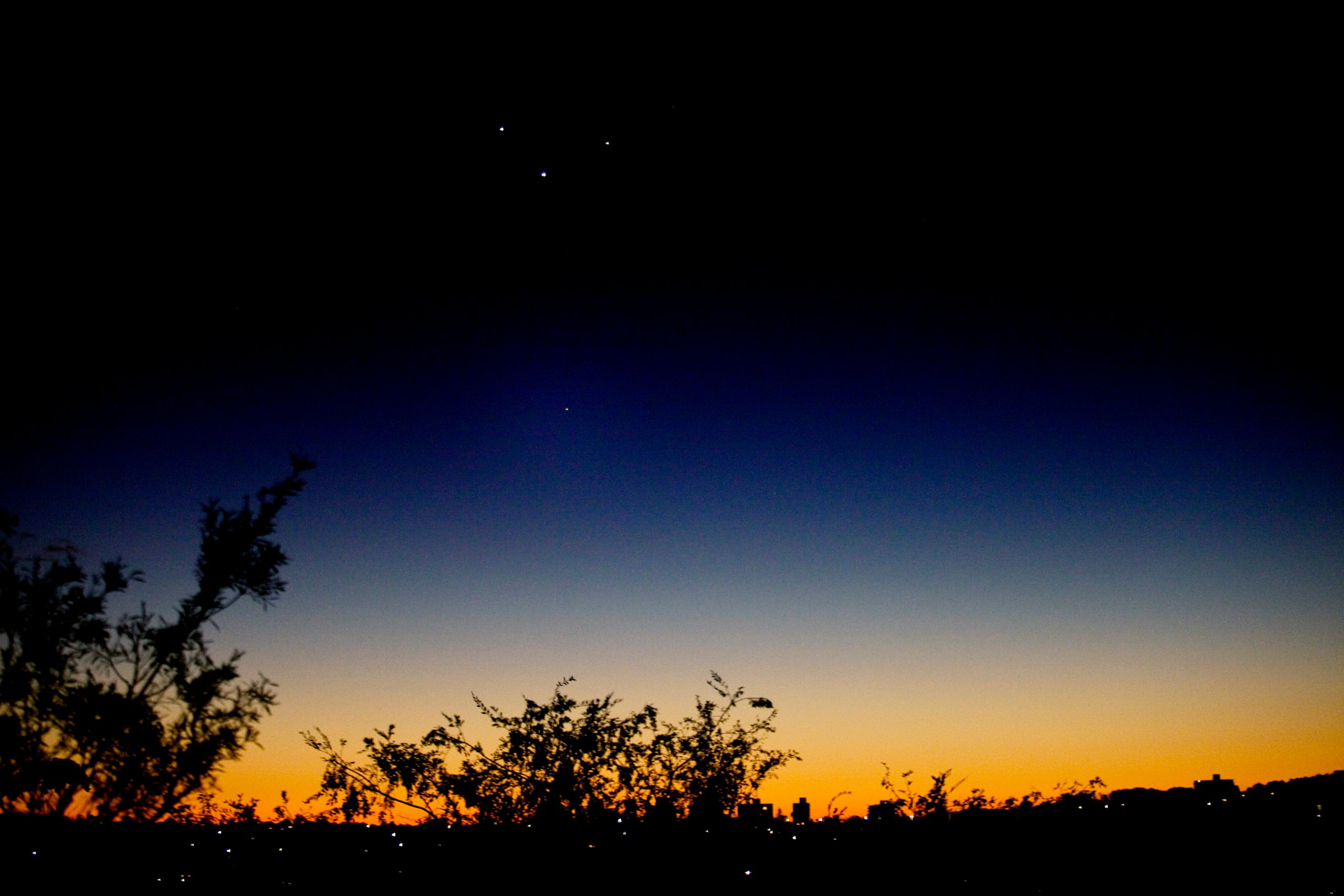 Four main planets, Venus (centre), Jupiter (left), Mercury (right) and Mars (bottom) align in the eastern sky during the early sunrise hours over Sydney, Friday May 13, 2011. Image credit: AAP Image/Warren Clarke
Reading Time: < 1 • Print this page
In an extremely rare event, Australians will be able to see five planets in the sky at the same time – with the naked eye.

Mercury, Venus, Mars, Jupiter and Saturn will all be visible for most of the month of June.

The best time to see all five aligned will be at around 6am each morning.

From 9–27 June, the Moon will also pass near each of these planets, making each easier to see at different times.

Lock in these dates for the best chance to get a good look at each planet:

And if we’re lucky and the sky conditions are just right, we might even be able to see Uranus on 25 June when the crescent Moon will appear very close to the planet.

Grab a pair of binoculars and look for a distinctly green-coloured dot just to the right of the Moon.