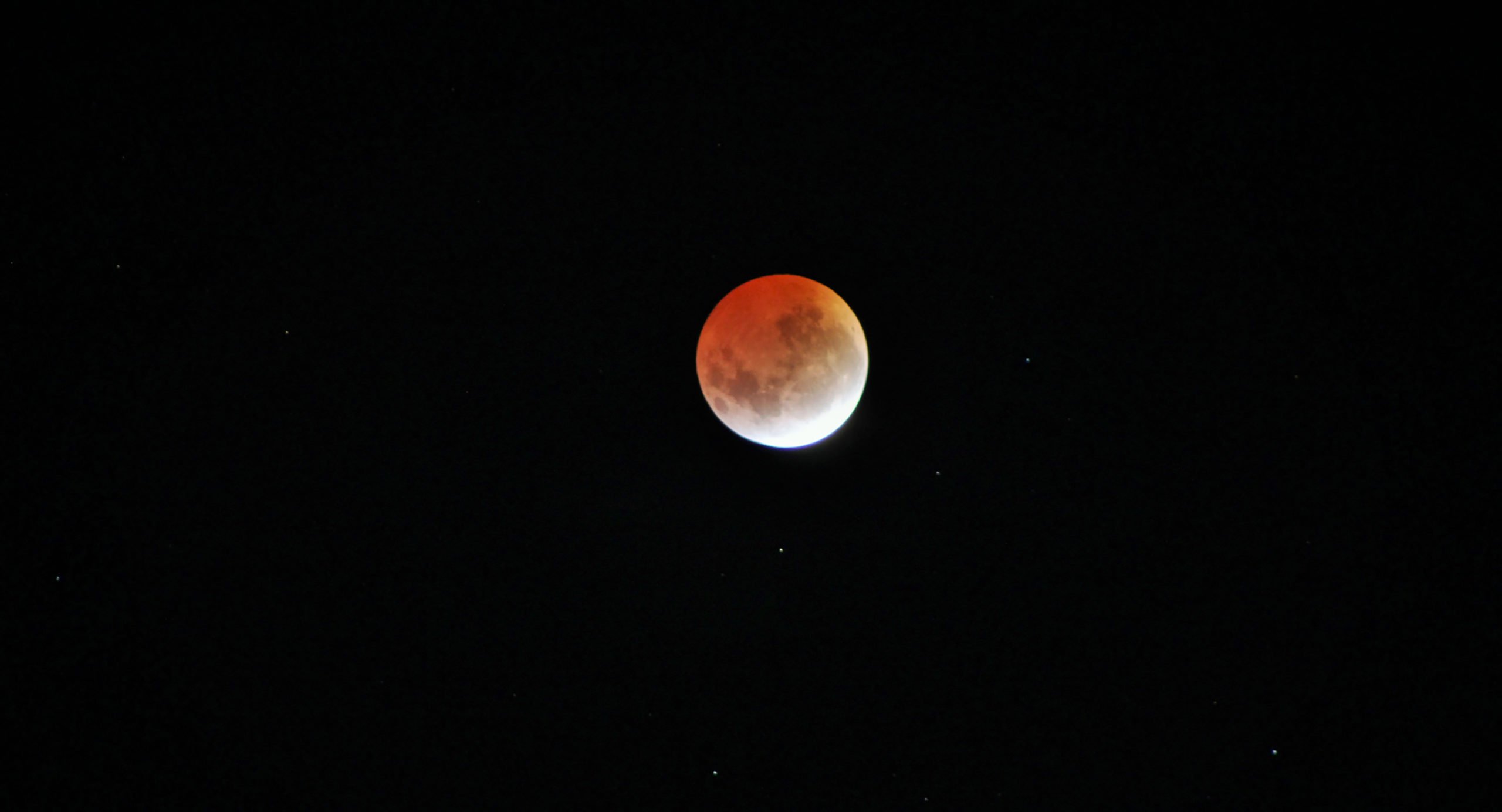 Image credit: DianesPhotographicDesigns/Getty
Reading Time: 5 Minutes • Print this page
The partial lunar eclipse will put on a special twilight show for most of Australia.

As the full Moon rises tonight, it won’t be as lovely and bright as usual – but it will be fascinating. Across most of Australia, the Moon will be partially shrouded in Earth’s shadow, undergoing a partial lunar eclipse as it rises.

A lunar eclipse happens roughly every six months somewhere on Earth. For most of the year, the Moon’s orbit takes it above or below Earth’s shadow, but during an eclipse the full Moon travels through it.

If the entire Moon travels through the shadow, it is a total lunar eclipse. Tonight’s eclipse won’t quite make it to totality, and instead will be a very deep partial eclipse.

The fact tonight’s event occurs at moonrise for viewers in Australia means this will be a different experience to what is typically seen when watching a lunar eclipse.

The Moon will be very low in the sky for much of the eclipse, meaning you’ll need an unobstructed view towards the east-northeastern horizon, perhaps with the aid of an elevated viewing position. In the opposite part of the sky, the Sun will be setting and Venus, Saturn and Jupiter will be visible.

The Sun sets a few minutes after the Moon rises, so for the first half-hour or so the eclipsed Moon, low on the horizon, will be battling the bright twilight sky.

As the Moon climbs higher and the sky darkens, we will have a lovely view of the final phase of the eclipse. We can watch the Moon emerge from Earth’s shadow and return to its full brightness.

What to see and when?

As the eclipse occurs at moonrise for viewers in Australia, your location (latitude and longitude) will determine when you will see the Moon appear above the horizon. It’s a little uncertain exactly how much we’ll be able to make of the eclipse against the twilight sky but it’ll be interesting to see what happens.

Although the Moon won’t become fully immersed in the Earth’s shadow, it does get really close. At the moment of maximum eclipse, 97.4% of the Moon’s diameter will be in shadow, while just a sliver will remain in sunlight.

Because it’s almost (but not quite) a total eclipse, this will be the longest partial eclipse of the 21st century, lasting three hours and 28 minutes.

In Brisbane, Sydney and Canberra, the Moon will rise before the eclipse reaches its maximum. Brisbane will have the best view of all the capital cities, as the sky will have darkened and the Moon will be fairly high by the time of maximum eclipse.

Sydney and Canberra will also see the maximum eclipse but against a twilight sky.

For the other Australian capitals, the maximum eclipse occurs when the Moon is still below the horizon. Those places will only see the Moon as it begins emerging from the shadow.

New Zealand is in a better position to see the eclipse than Australia. Viewers on the North Island will see the entire event, while for the South Island the Moon rises about half an hour after the eclipse begins. The eclipse maximum will occur at 10:03pm NZDT, so it may even be possible to see a slight red tinge to the Moon against the dark sky.

Unfortunately, Perth will miss out, as the Moon will rise ten minutes after the eclipse ends. But in northern Western Australia the Moon rises roughly an hour earlier, so the final stages of the eclipse will be visible there.

Watching a full Moon rising is always special because of the optical illusion that makes the Moon appear much larger when it’s near the horizon.

Of course, the Moon doesn’t really change size at all – you can prove this by making an “OK” sign with your thumb and forefinger and viewing the Moon through the hole, or simply by using your thumb to cover the Moon. Measure the Moon at the horizon and then later in the evening when it’s higher, and its size doesn’t change.

This illusion is a trick our minds play on us, most likely because we instinctively think the Moon is further away when it is on the horizon. When we see a bird flying, for example, it is closest to us when directly overhead, and gets further away as it flies towards the horizon.

But the Moon is much further away than a bird, so its distance from us doesn’t vary depending on its position in the sky (although its distance varies slightly month to month, that’s not relevant to this effect). Yet our brains treat it as though the Moon’s distance does change, meaning when we see the (normal-sized) Moon near the horizon we assume it’s much further away, and counter-intuitively interpret it as being much bigger.

A simple way to explain this trick is using the Ponzo illusion, where objects at a distance appear larger, even though the two Moons in the image below are actually the same size.

Here’s hoping the weather holds out this evening, so we can enjoy this rather interesting lunar eclipse.