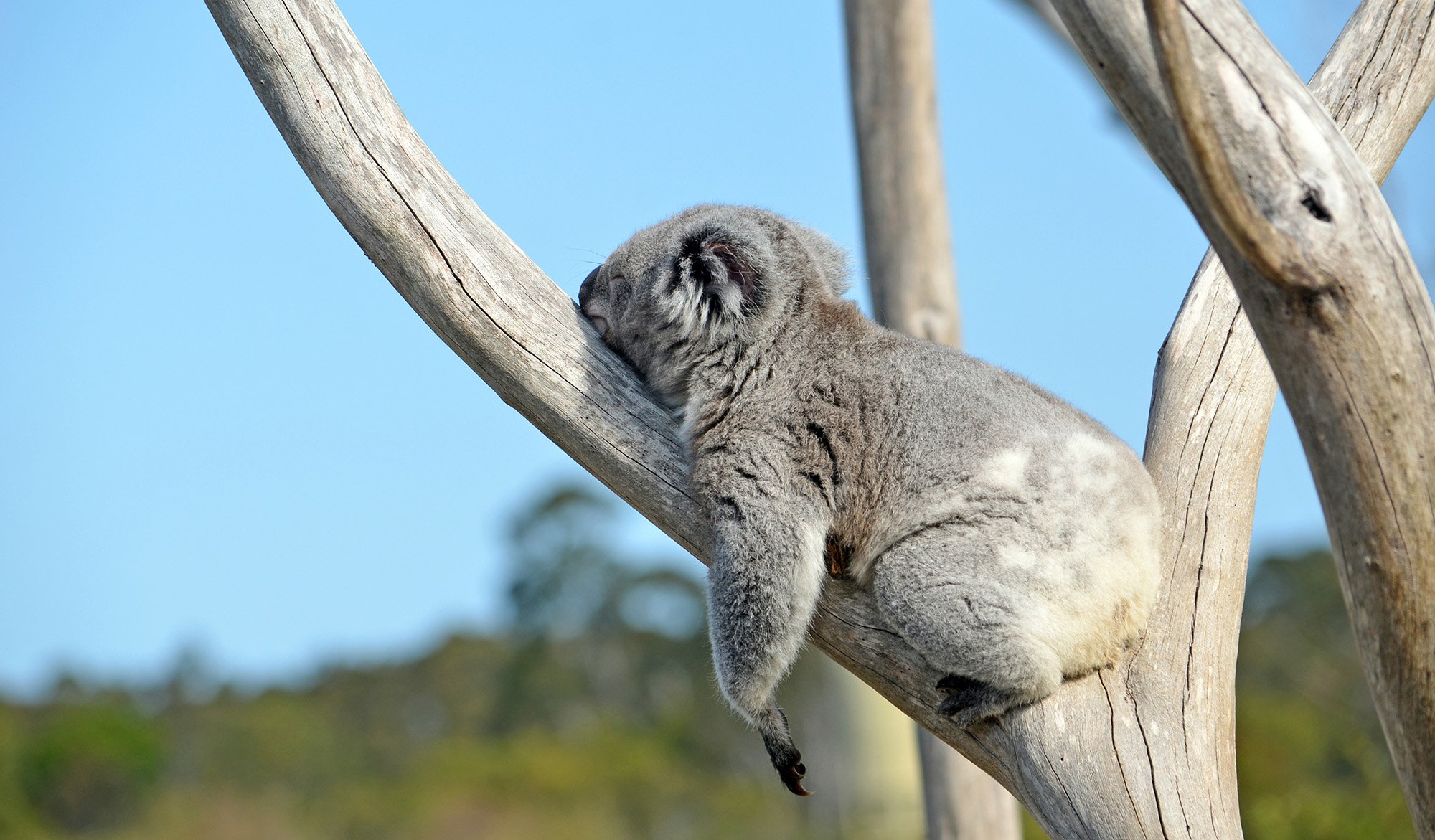 Image credit: Shutterstock
Reading Time: 2 Minutes • Print this page
The Australian Koala Foundation says the nation’s most iconic marsupial is in rapid decline with populations diminishing in every region.

Koalas are in rapid decline around Australia, with 30 per cent of the iconic species lost in just three years, the Australian Koala Foundation says.

Every region across Australia saw a decline in the koala population – there were no upward trends.

Figures released by the foundation on Monday reveal a three-year decline as high as 41 per cent in NSW and the ACT, 37 per cent in Queensland, 31 per cent in SA and 16 per cent in Victoria.

She’s hoping federal Environment Minister Sussan Ley will now “get on with her job of protecting the koala habitat”.

“The terrible bushfires of 2019-20 of course contributed to this outcome, however, they are certainly not the only reason we are seeing koala populations on the decline,” she said in a statement.

“Land clearing is lethal to koala populations. Over the past few years, we have seen huge land clearance particularly across NSW and south east Queensland, for farming, housing development and mining,” she said.

The AKF tracks populations with the Koala Habitat Atlas and estimates koala numbers in each of the 128 federal electorates that have, or did have, koalas since white settlement.

The numbers show the koala is now extinct in 47 electorates and only one, in the South Australian electorate of Mayo, has more than 5000 koalas.

Some regions have remaining populations estimated to be as small as just five to 10 koalas.

Ms Tabart says every federal politician in these electorates is on notice to protect not only the koalas in their electorate but the habitat.

“We have witnessed a drastic decrease in inland populations because of drought, heat waves, and lack of water for koalas to drink. I have seen some landscapes that look like the moon – with dead and dying trees everywhere,” she said.

“We need a Koala Protection Act now,” she said.