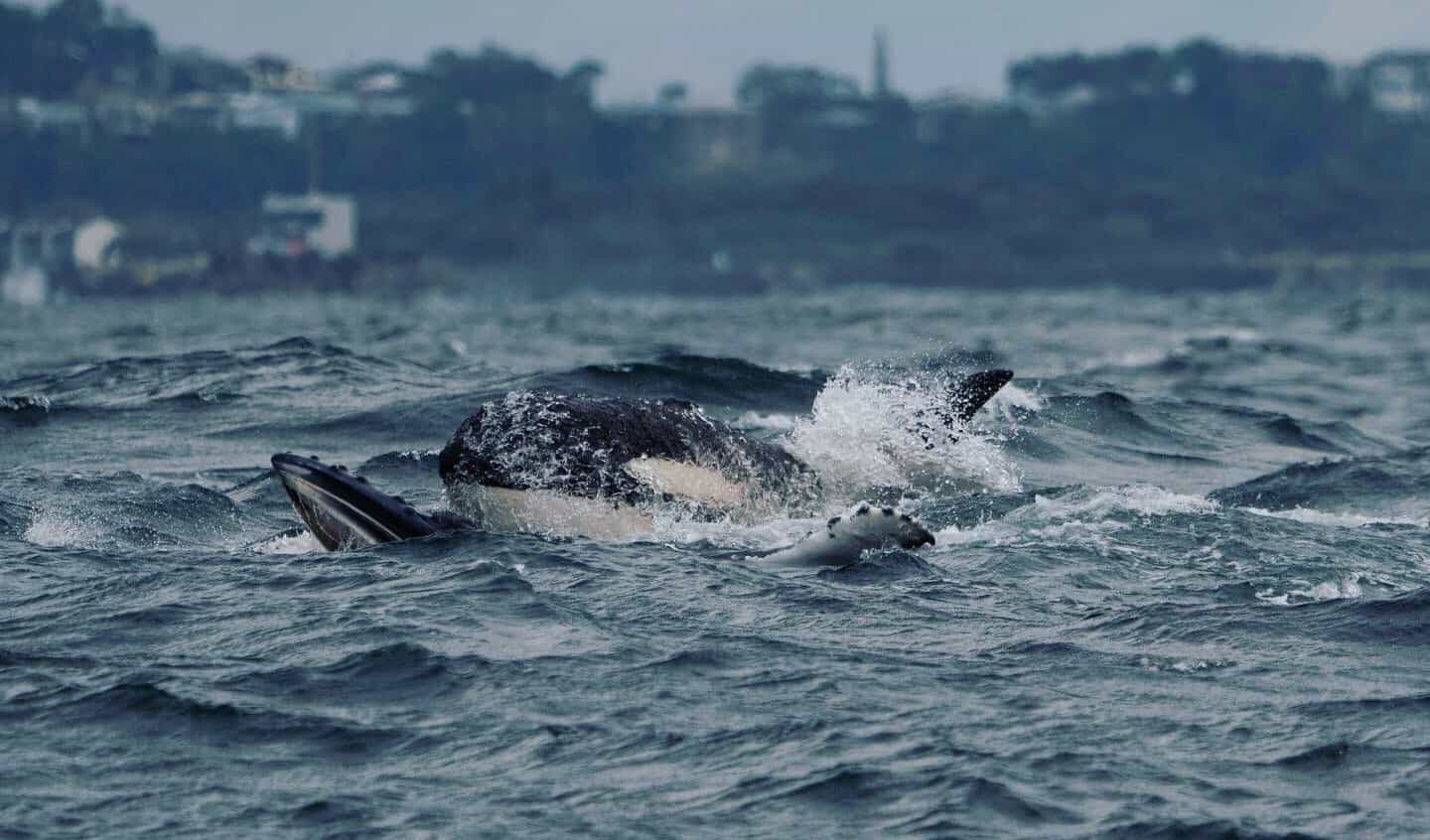 Image credit: Out of the Blue Adventures
Reading Time: 2 Minutes • Print this page
These whale watchers were treated to more than they bargained for.