A complex procedure has given an injured tawny frogmouth a new lease on life – shortening its recovery from up to a year to just six days.
By Shannon Verhagen • August 8, 2018 • Reading Time: 3 Minutes The procedure took around 45 minutes to transplant six flight feathers – without which, Kouro would have been looking at 6-12 months of rehabilitation while its feathers grew back. Image credit: Kelsey Head

THE BIRD WAS found with its wing stuck in a barbed wire fence in the Queensland town of Jimboomba – 50kms south of Brisbane – about a month ago.

After a neighbour reported the sighting, senior wildlife carer and president of Reptile Rehabilitation Queensland Anette Bird came to its aide.

See more: Tawny frogmouths: 5 things you may not know about these masters of disguise

“If you can picture a 6ft chain fence with barbed wire at the top – that’s where it was stuck,” Anette explains. “It must have flown into the fence at night – as they are nocturnal.”

“I could see it was in a lot of trouble, and initially I thought it would have to be euthanised.”

“Animals that get stuck in fences tend to struggle and make things worse for themselves, wrapping the wire tighter and tangling themselves further. It was also impaled by barbed wire in its chest at the base of the wing – the poor thing got a double whammy.”

With the help of a fellow wildlife carer and their ute, they were able to stand on the vehicle’s tray to reach the bird, which was then sedated, removed from the fence and wrapped in a towel. 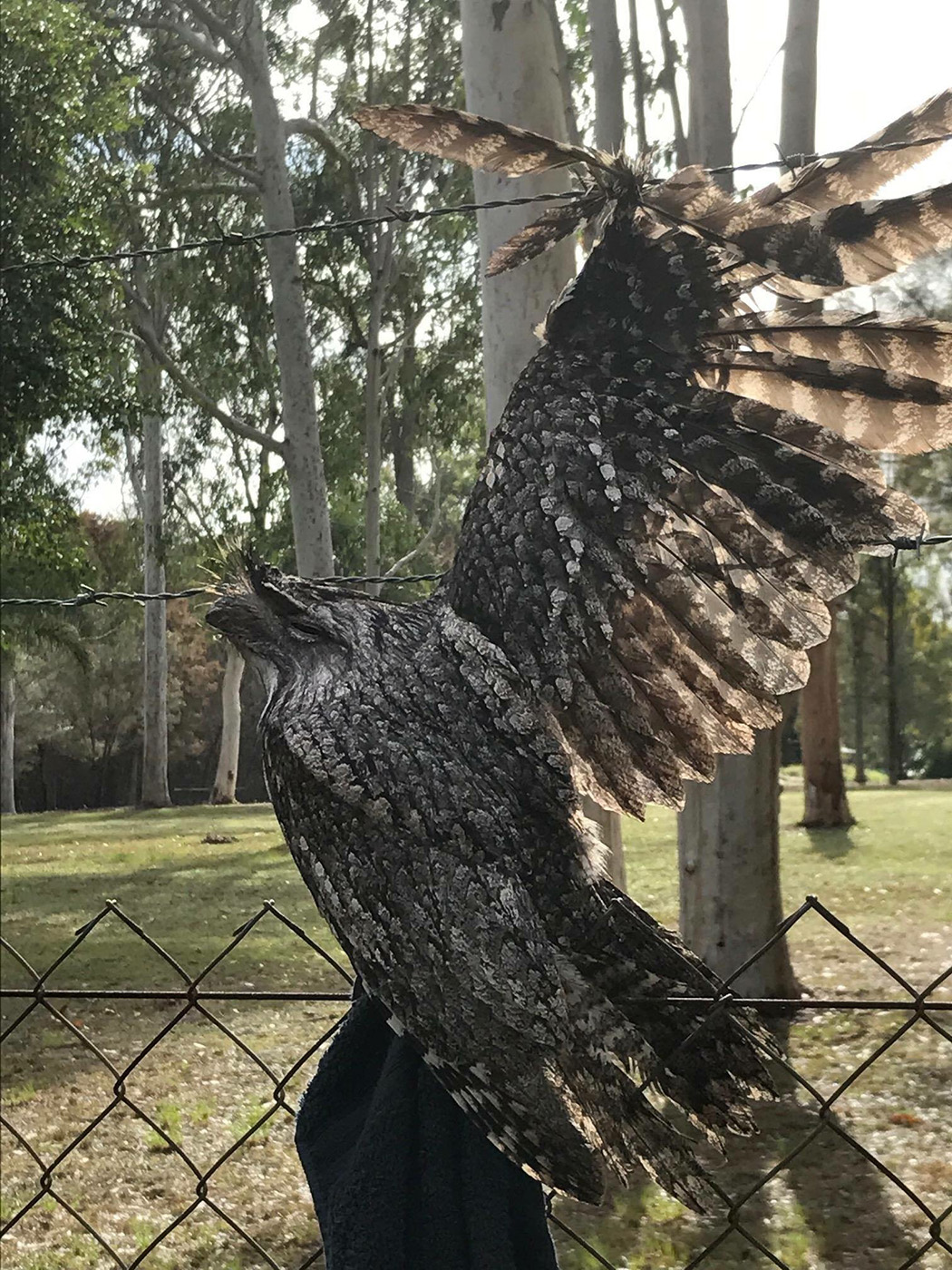 A second tawny in trouble

“Not even two minutes down the road I get a second call about a tawny frogmouth in the area,” Anette explains. “Normally I would say I’ve already got one I’m rescuing, but something nagged me and I thought ‘I’ll go get the other one,’” Anette says. “And that was the best decision I could have made.”

The second tawny had been hit by a car at about 100kms/hr, leaving it with severe head and wing injuries, and unfortunately had to be euthanised.

However, Brisbane Bird and Exotics Veterinary Service’s avian resident veterinarian Dr Hamish Baron was able to salvage the feathers from the perished tawny frogmouth, and undertook a procedure which saved the first tawny – affectionately named Kouro – months of rehabilitation.

“Imping is effectively feather transplanting,” Hamish explains. “We shape a bamboo skewer and insert it into the hollow feather shaft still left in the live bird’s wing, and the shaft of the donor feather, and it acts as a bridge between the two, and it means they can fly pretty well straight away.”

The procedure took around 45 minutes to transplant six flight feathers – without which, Kouro would have been looking at 6-12 months of rehabilitation while its feathers grew back.

“It’s a cool procedure,” Hamish says. “It’s the sort of case where you feel like you’re making a difference.”

“All the stars in the universe lined up on that day for that bird,” Anette says. “You cannot put into words how it feels watching a bird go through such trauma and see it fly away six days later.” 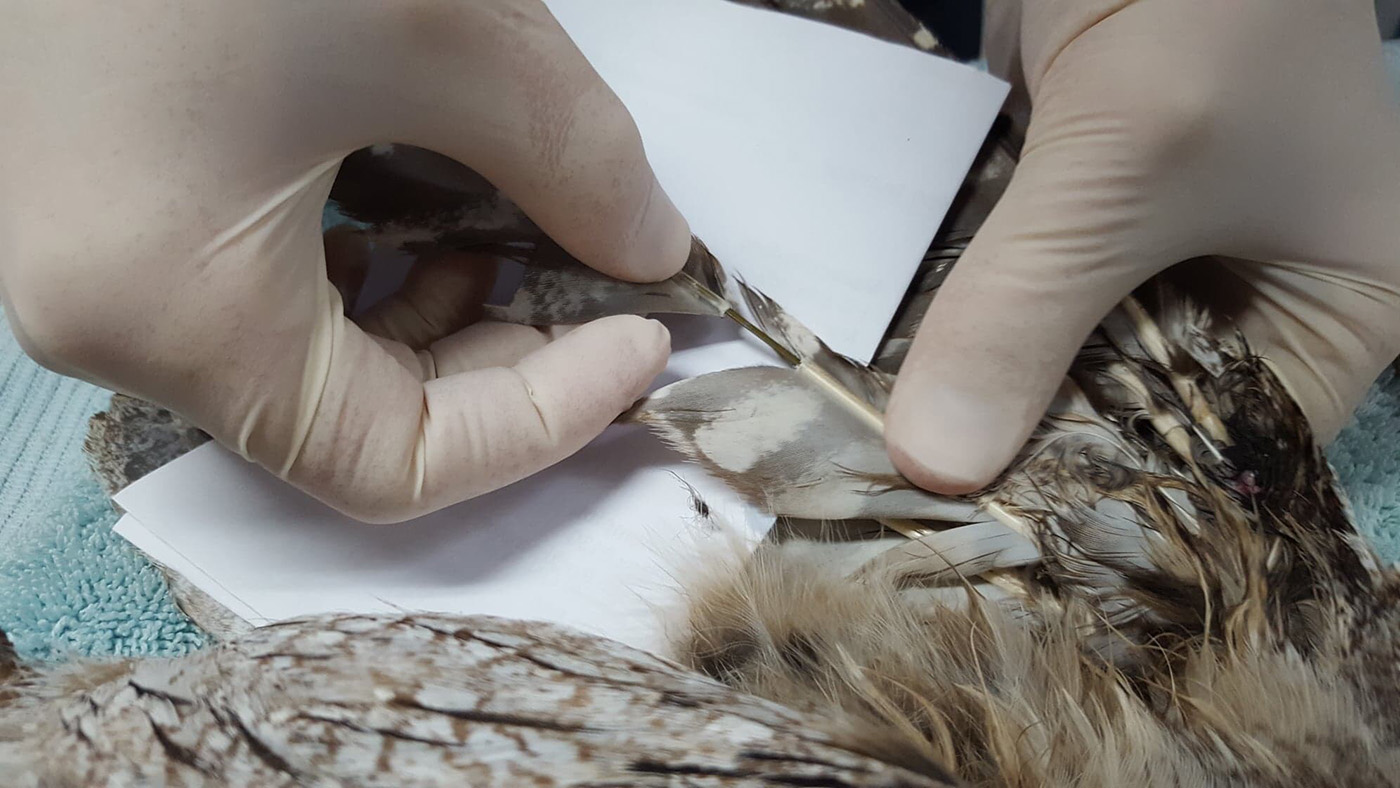 Since images were uploaded to social media this week, the story of Kouro and the feather transplant has gone viral.

Hamish, who works between Brisbane Birds and Exotics Veterinary Service, the University of Queensland, and University of Sydney, says it’s a great opportunity to pass on knowledge and teach students how to successfully care for injured wildlife.

“It’s good to have a feel-good story out there,” he says. “And the beauty of doing wildlife work is contributing positively to saving native animals.”

“We do this day-in-day-out and go about our business without recognition,” Anette says. “It’s really good to see people show an interest.” 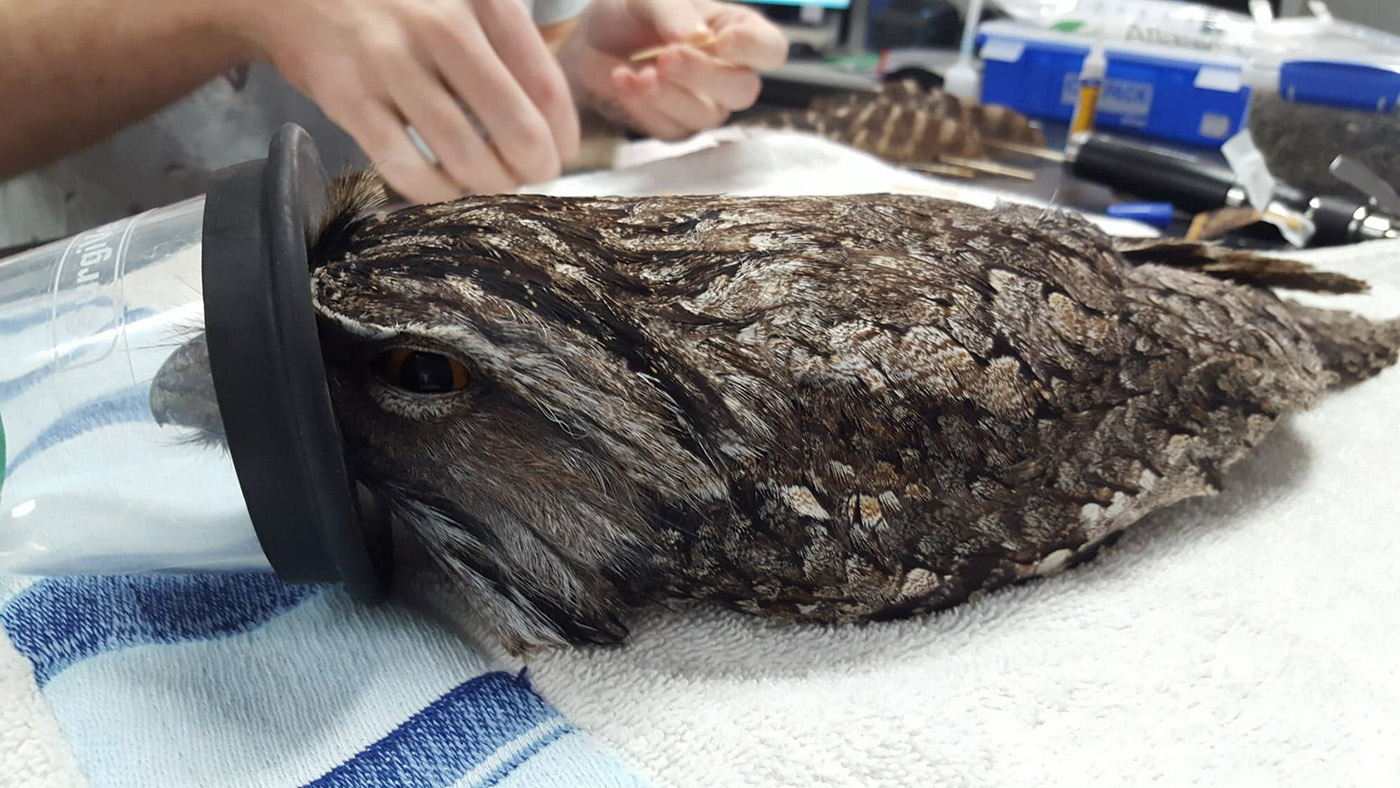 See more
Mountain Designs Redline 2-Person tent: Tested
Scientists have discovered a coral reef in the Great Barrier Reef and boy, is it huge
Big Weather, big chase
Scientists have found water on the Moon
Does Australia really have the deadliest snakes? Six common myths debunked
One of Australia’s rarest plants is back from the brink
A cunning rakali swipes a feed from an unsuspecting fisherman
Annual backyard bird count more important than ever
‘Expect the unexpected’: Koala rescued after scaling NSW lighthouse
Endangered Australian frogs persist despite bushfire catastrophe
Octopus scientists love ‘My Octopus Teacher’ just as much as you do
The iconic Komodo dragon may be in danger. Here’s why
Humpbacks ocean-bound after ‘unprecedented’ detour in Kakadu river
Scientists discover mass extinction event that heralded dawn of the dinosaurs
The Gympie-Gympie stinging tree contains the same toxins as that of spiders and scorpions, scientists find