Home News “Every minute I’m not out looking, a wombat joey dies in its mother’s pouch”: The horrors of wombat roadkill

“Every minute I’m not out looking, a wombat joey dies in its mother’s pouch”: The horrors of wombat roadkill The two wombats and a joey Yolandi came across two weeks ago. Image credit: Wombat Rescue

IN THE SIX months since Canberra resident Yolandi Vermaak started her Wombat Rescue project in January 2018, she’s come across close to a hundred dead wombats scattered across rural NSW roads.

But after discovering a particularly horrendous scene recently, she’s fed up. “I was driving along when I discovered two wombat bodies along the road. This was really weird to me because they’re usually solitary animals,” she tells Australian Geographic.

Her heart broke when she discovered a tiny paw sticking out of the mother’s pouch. She knew she was too late. “It’s so much worse in winter because they just freeze to death. The only chance the little ones have is if they’re discovered in time.” 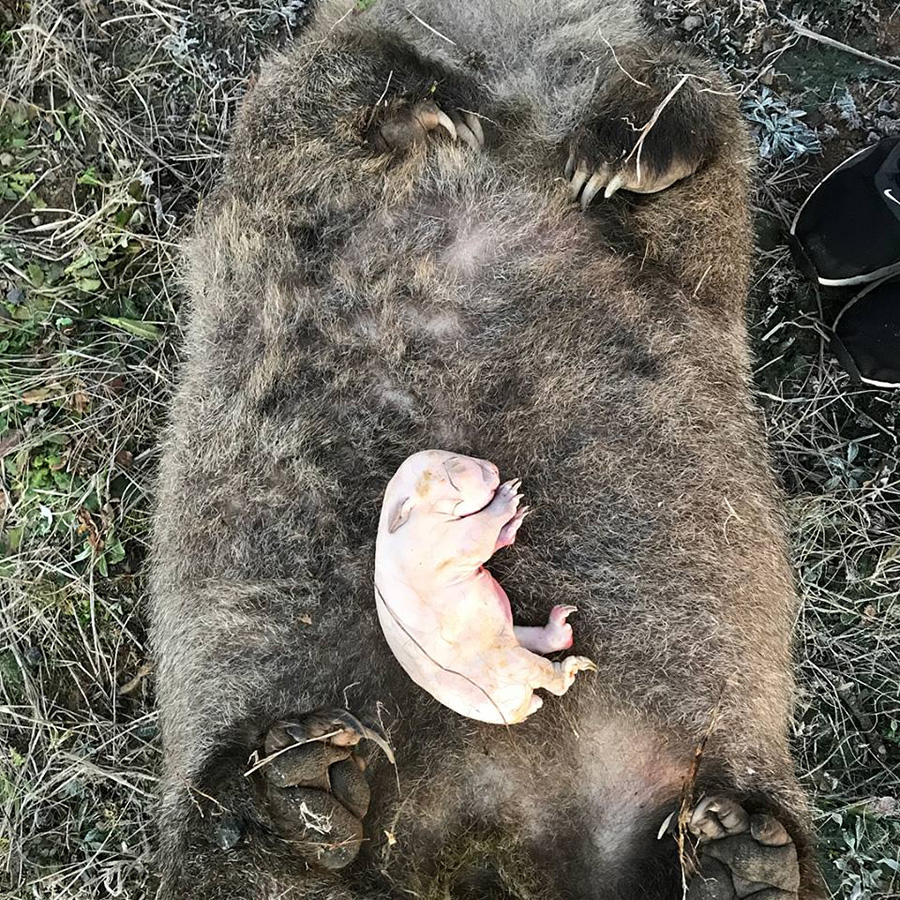 It’s much harder for joeys to survive in their mothers pouch during winter. (Image Credit: Wombat rescue)

Yolandi had been working closely with Donna Stepan from Sleepy Burrows Wombat Sanctuary in Gundaroo, NSW, for 19 months, when she noticed that most orphaned wombats were being brought in from road kills, so she decided to go out looking for herself, going for long drives between dusk and dawn, when wombats are most active.

She set out to make these drives once or twice every month, but it’s since become an obsession. “Last weekend, I went out twice. I find it really difficult to just sit around when I know a wombat joey is out there waiting for me to rescue it.”

Yolandi’s work has since become a family affair. “My 14-year-old daughter and 12-year-old son are my camera operators. It breaks my heart because my daughter always says ‘Mum, we missed that road’ or ‘we haven’t been down there’, but it’s impossible for us to cover every road. Whenever we turn right, we’re anxious we’ve missed one on the left.”

Yolandi now posts these videos, as well as photos and other updates on the Wombat Rescue page she uses to educate people about bare-nosed wombats (Vombatus ursinus), which inhabit areas across the east coast. She’s keen to make people aware of the impacts of mange, a severe skin disease that kills wombats and depletes local populations.

However, she’s since become equally if not more concerned about the damage caused by car collisions, because people are less aware of how many dead wombats dot NSW rural roads. “These are healthy wombats being killed, not one’s with mange or anything like that. And the rate that they’re being run over is unsustainable.” 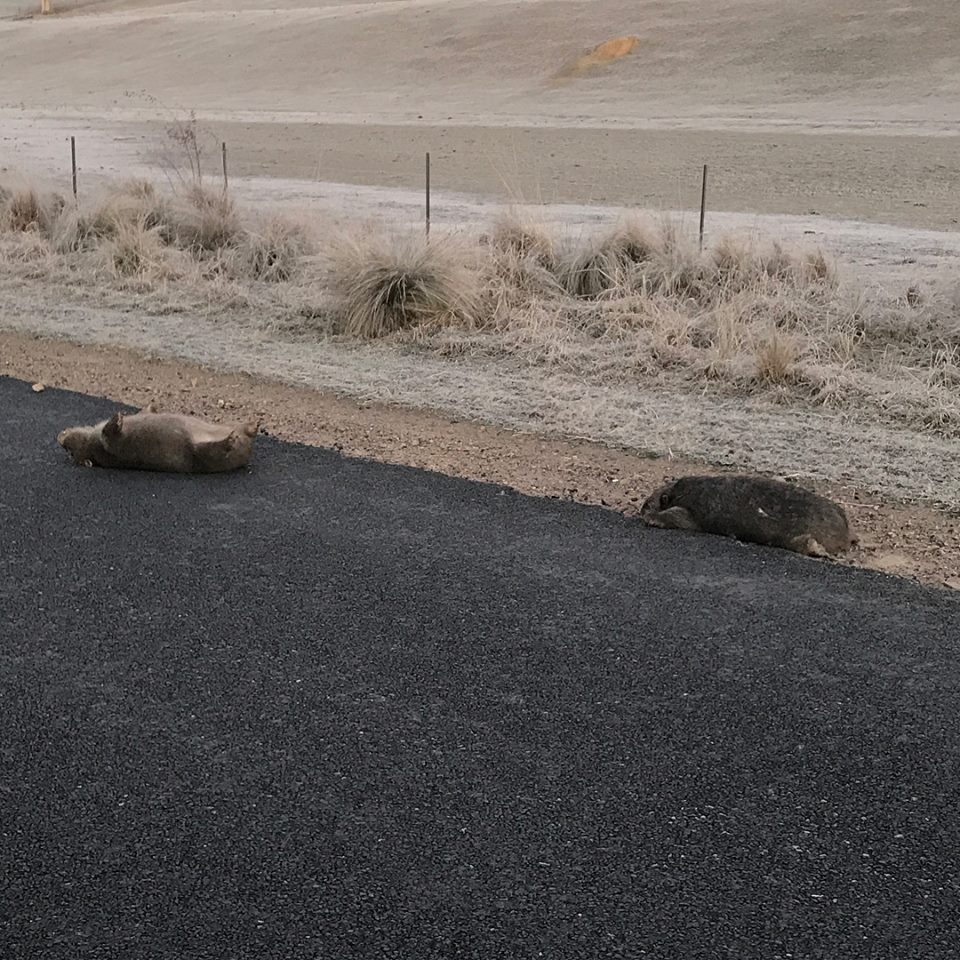 The challenges for our wombats

“At the moment we don’t know much about wombat populations, so it’s hard to say how much impact this is having on them. There is a chance, however, that small populations could become locally extinct.”

For now, Julie advises anyone who comes across a dead wombat to record their location and submit it through WomSAT. The information collected will help pinpoint where mange is prevalent and where wombats are becoming victims of motor vehicle collisions, and from there, better strategies can be implemented.

“If people aren’t recording what they see – the deaths of wombats will go in vain. If they are recorded, the data can be used to help put strategies in place to help. If there’s no data, it’s just hearsay unfortunately.”

Yolandi hopes the footage her and her two children have recorded will change perceptions. “The reason why we film everything is to have a record of what we find and to start educating people. It’s going to take time to change people’s perceptions about wombats because they don’t  know them as well as other marsupials. But I am determined to change perceptions and to make a difference.”