Home News Irukandji jellyfish: Everything you need to know

Irukandji jellyfish: Everything you need to know 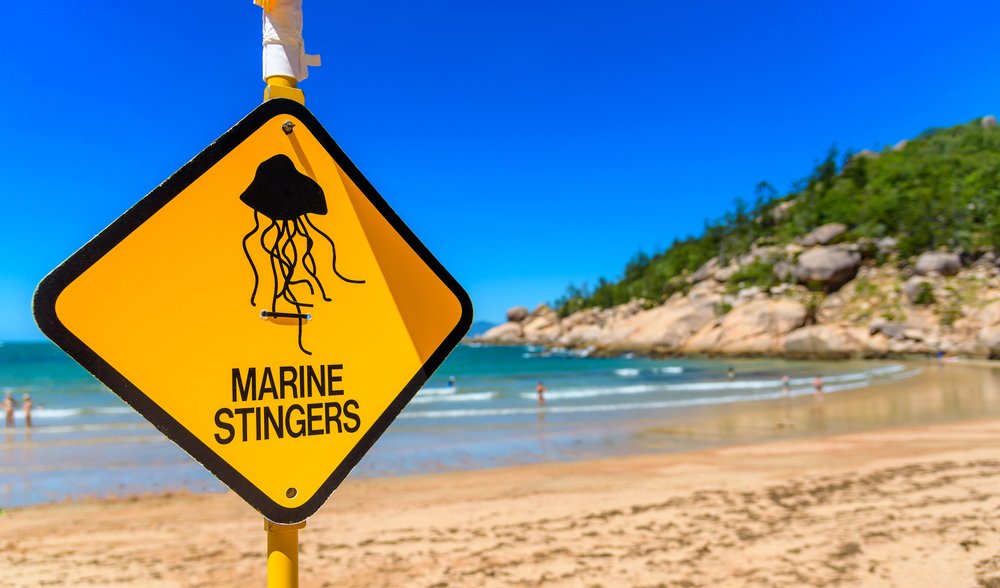 Image credit: Adam Calaitzis/Shutterstock
Reading Time: 2 Minutes • Print this page
They may be small but the sting of the Irukandji jellyfish certainly packs a punch, and unfortunately Hannah Mitchell found out the hard way.

HANNAH Mitchell has miraculously survived a sting by an Irukandji jellyfish, one of Australia’s most deadliest creatures.

The teenager had been swimming near Goodwyn Island, off the Dampier Coast in Western Australia over the Easter long weekend when she was stung.

The stings of these tropical visitors have been known to cause fatal brain haemorrhagesm typically sending between 50-100 people into hospital each year.

It took 40 minutes for her mother to reach her and when she finally did, Hannah was coughing up blood and shaking.

“It was more than pain. It was enough to think I was dying,” Hannah told Nine News.

The family of jellies sport bells upto three centimetres long, but it’s stings from their sometimes metre-long wispy tentacles (typically used to incapacitate prey) that can cause serious reactions and sometimes fatalities.

Jellyfish account for more than 80 known deaths since 1883. The box jellyfish was responsible for 79 deaths, and Irukandji the other two.

Following the sting, Hannah was put in an induced coma for two days. When she woke up, Hannah was terrified.

“I could feel my lungs and my heart, everything inside me felt like it was crumbling.”

Her mother recalls Hannah saying “Just let me die, because it’s too much Mum” as she went through the process of ridding her body of the toxins.

How to avoid and treat an Irukandji sting

Despite the Irukandji’s reputation for causing illness, experts say that the box jellyfish – a related but different grouping – are undoubtably the most dangerous in the world”. It has been labelled as “the most lethal creature known to mankind.

The box’s lethality resides in its ability to deliver a significant amount of venom via hundreds of thousands of injections at once. The Irukandji has four tentacles, one on each corner, whereas the box has up to 15 tentacles coming from each corner. That’s up to 60 tentacles all with millions of injection harpoons filled with venom.

First-aid for Irukandji stings involves pouring vinegar over the site, removing tentacles and taking painkillers; however the vinegar does not remedy the poison already injected.

The result of a sting is severe localised pain, often associated with vigorous attempts by the patient to remove the tentacles, confusion, agitation, unconsciousness with respiratory failure and/or cardiac arrest. Due to the rapidity of onset of symptoms, immediate first-aid is vital and cardiopulmonary resuscitation may be required. Victims often require hospitalisation and serious painkillers and intravenous narcotics.

According to experts the best way to avoid stings by these jellyfish is to stay clear of their habitats altogether.

Box jellyfish prefers to be near the coast, whereas Irukandji species tend to be both close to shore as well as further offshore, including near offshore reefs. They are both found near South-East Asia.