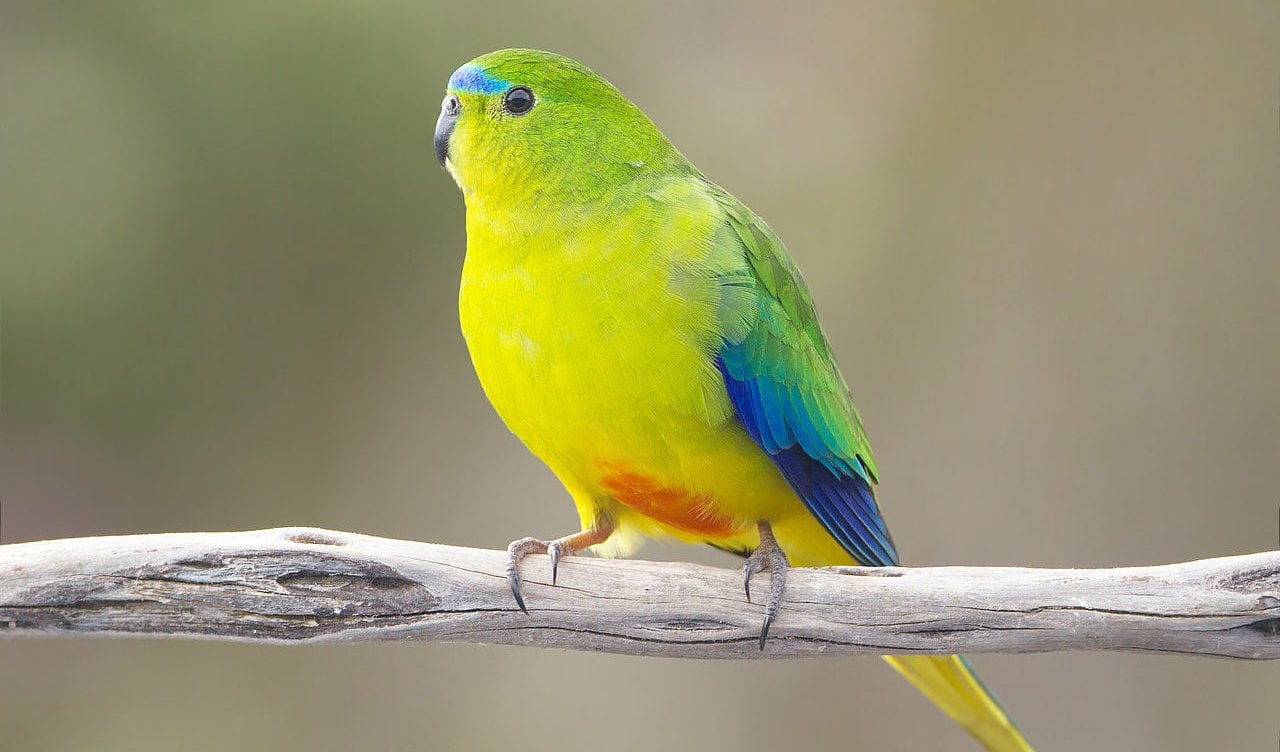 Leading the campaign is Marks Holdsworth, who has worked with the critically endangered bird since the 1980s.

His primary aim is to fully fund a volunteer program at Melaleuca, Tasmania so that the parrots can be monitored and fed.

“Our volunteers also manage the feed tables that attract the parrots. These tables are cleaned and disinfected each day to avoid disease risks.”

The campaign has so far raised $3,360 of their $5,000 goal after launching yesterday afternoon.

Up until 2014, transport, logistics and equipment had been funded by the Australian and Tasmanian governments, but the volunteer work has always remained unpaid.

“While I ran the volunteer program government funds were always allocated to provide the $20,000 minimum required to cover the cost of transport of people and freight, consumables and equipment.

“Groups of two volunteers undertake full time duties from October to April each year – an effort that government could never afford if people were employed,” Mark said.

Mark is hoping that the positive response from the public will give the Australian Government the encouragement to reinstate funding.

“It would be a good outcome if the generous donations from ordinary people was added to by the government to ensure this important program continues,” he said.

However, Mark says that if the government remains uncommitted to the orange-bellied parrot, he’s willing to look to less traditional sources of funding.

“We may undertake a major crowd-funding campaign to support and broaden the project for several years.

“I’m interested to see if there is any interest from the corporate community to donate or sponsor our program.”

A dire situation for the orange-bellied parrot

Marks says that there are only 18 wild born orange-bellied parrots in the wild and only two of these are female.

“The wild population is functionally extinct and its future is entirely dependent on increasing the number of pairs through the release of captive-bred birds.

“Twenty-three captive birds were released last year and from recent accounts 12 nests were occupied and ANU researchers reported that there was good fertility in the eggs.

“We are waiting for more up-to-date news on how many nestlings there are but based on mean fledgling success we could expect more than 30 this year which would be a positive outcome but still a long way to go.”

You can support the GoFundMe campaign for the orange-bellied parrot HERE.