Rare orchid found in NSW Southern Highlands
Welcome to Cuttlefest
What if you had this many snake skins in your roof?
default 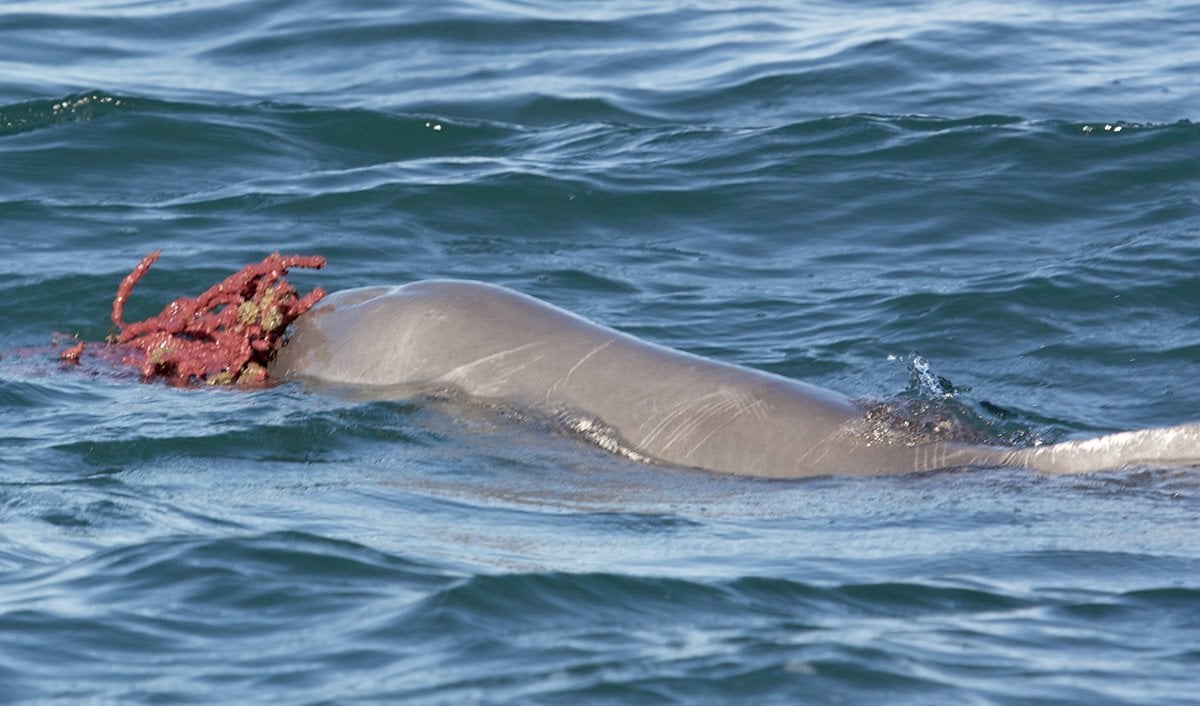 SCIENTISTS FROM the University of Western Australia (UWA) have, for the first time, filmed a male humpback dolphin courting a potential female mate by presenting her with a large marine sponge.

The rare sexual act was first observed by scientists at the early stages of a decade-long research project conducted off the coast of north-western Australia, which has sought to better understand the complex social structures of humpback dolphins.

The scientists recounted that one adult male dived deep into the water to retrieve a large marine sponge. Upon surfacing, the dolphin then balanced the sponge on his beak, eventually pushing it toward the female.

“We were at first perplexed to witness these intriguing behavioural displays by male humpback dolphins, but as we undertook successive field trips over the years, the evidence mounted,” said Simon Allen from UWA’s School of Biological Sciences.

“Here we have some of the most socially complex animals on the planet using sponges, not as a foraging tool, but as a gift, a display of his quality, or perhaps even as a threat in the behavioural contexts of socialising and mating.”

Stephanie King, co-author of the paper published today in Scientific Reports, said that on several occasions the adult male humpback dolphins worked together to court females.

“The formation of alliances between adult males for the purposes of coercing females is uncommon, since mating success cannot be shared,” she said.

“This is a new finding for this species, and presents an exciting avenue for future research.”

The complex social lives of dolphins

Chandra Salgado Kent, the Deputy Director at the Centre for Marine Science and Technology, told Australian Geographic that our knowledge of the social lives of dolphins is at its infancy.

According to Chandra, the observations made by Stephanie have been seen in other species of dolphin as well.

“The best documented examples of cooperation are among male bottlenose dolphins. Males have been documented to form alliances  – often of twos or threes – to cooperatively herd and control single females to increase reproductive success.

“In some location, still larger alliances may cooperate with one another to out-compete other groups of males in accessing a female.

“While bottlenose dolphin behaviours are among the most studied, we have yet to discover the breadth of their social lives, not to mention the social structure and behaviours of many other species.”