Wobbegongs have more complex social lives than we thought

Groupings of spotted wobbegong sharks that were once thought to be chance occurrences are now believed to reflect far more complex social relationships.
By Georgie Meredith • May 4, 2016 • Reading Time: 2 Minutes 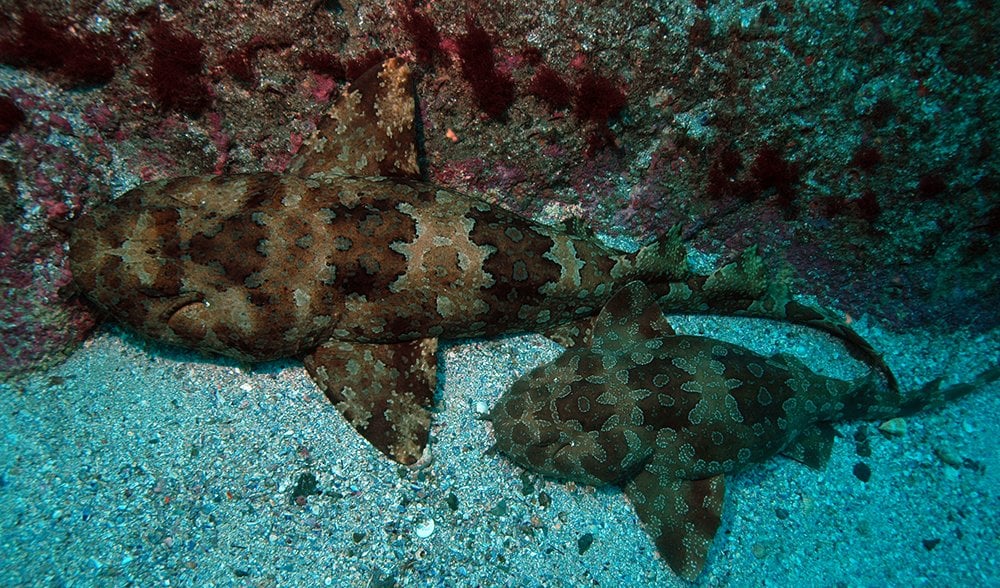 RESEARCHERS STUDYING SPOTTED wobbegongs in Manly have found that these sharks gather in social groups rather than associating randomly or according to the amount of food available.

The study, led by researchers at Macquarie University in Sydney, reveals the potentially damaging consequences of fishing on shark populations – as, instead of randomly catching individuals, important members of social networks could be removed.

“If these aggregations are not random but in fact reflect more complex social relationships, then the impacts from historical fishing may not be random, but may have continuing consequences,” said Nicolette Armansin, an animal behaviour expert who led the research. The researchers used a collaborative method of data collection, known as the Integrated Marine Observing System network, to track the movements and associations of individual sharks in Cabbage Tree Bay Aquatic Reserve in Manly on the northern beaches of Sydney, New South Wales.

They found that groupings were not sex- or age-related, meaning younger animals may not be sticking together for safety.

“Wobbegongs are a large bottom-dwelling ambush predator often found in large groups close to shore where they have been heavily exploited – the last place most people would have encountered one was at their local fish and chip shop,” Nicolette said.

With the stability of these aggregations not yet known, removing individuals from a group could have a significant impact.

The study, which has been ongoing for over a decade, found that sharks grouped together with preferred partners, even in different areas across the reserve, while others never associated.

“What we found was a complex network of associations,” said Robert Harcourt, marine biologist and co-author of the paper.

The findings were published this month in the journal Animal Behaviour, and suggest that even lone predators such as as the wobbegong could demonstrate complex social relationships.

“Social behaviour might be expected in sharks that feed together on large schools of fish, but the existence of these associations in even bottom-dwelling predators that individually ambush their prey points to a much higher level of social complexity than previously imagined, and to possible common evolutionary mechanisms across multiple animal groups,” said Robert, who added that sharks are a far more complex species than we understand.

“Like mammals, birds and reptiles, it appears that sharks inhabit a far richer social world than we would have imagined, or deemed necessary,” he said.