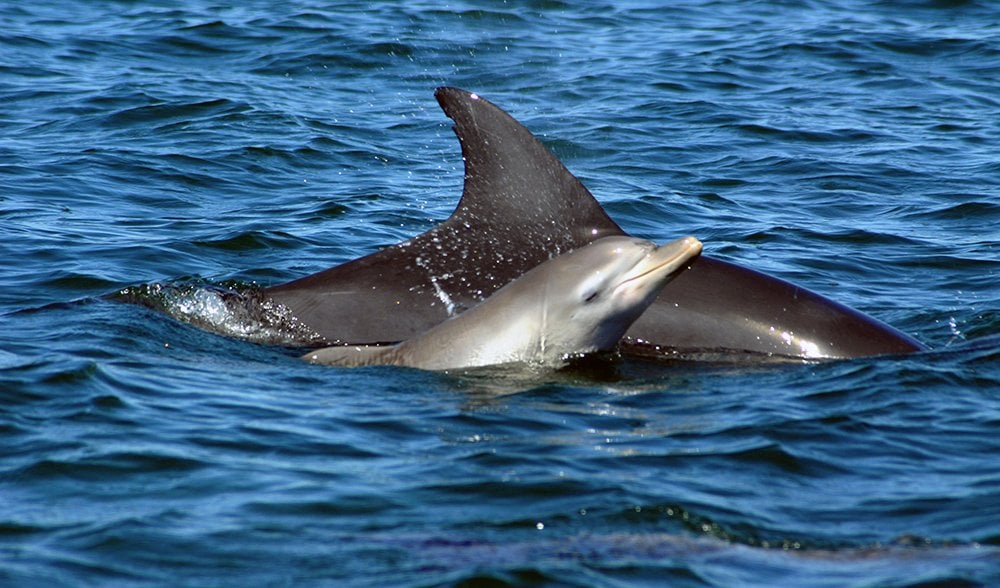 Previous research has shown adult male bottlenose dolphins form life-long bonds with other select males for hunting and finding females – however, for many years, the sociality and behaviour of adult females was little known.

Now, a new study published in Animal Conservation has shown adult females in the Bunbury population, about 175km south of Perth, form social bonds with other adult females on a cyclical basis.

“Because we were out there pretty much all year round for three years, we realised the females were also forming strong bonds, but over different time frames and a longer time scale,” said Dr Holly Raudino, a research scientist at the WA Department of Parks and Wildlife.

“What we found is that the females come back together over the warmer months, every summer and autumn, and that’s usually when they have their calves, so that was probably the most unique finding,” Holly said. Up to 30 females and calves congregated in Bunbury’s inner waters for protection from predators and males – only to face a new risk in local motorboats. (Image: Holly Raudino / MUCRU)

The research, funded by the South West Marine Research Program and led by the Murdoch University Cetacean Research Unit (MUCRU) and the Bunbury Dolphin Discovery Centre, has been carried out for almost a decade.

The researchers tracked over 50 females, and found groups of 20-30 females and calves would congrege in a shallow, protected area of Bunbury’s inner waters, using it as a resting place and nursery.

“They likely want to protect their calves from predators and harassment from males,” Holly explained.

However, vessel activity also peaked at this time, putting both mother and calf at risk of boat strike, illegal feeding and communication disruption from excessive motor noise. “I guess the dolphins are seeking the same protected water and that is when boaters are out there enjoying warm weather and good conditions too,” Holly said.

The predictability of the time and space the females occupied the inner waters helped inform management of the area. For example, upon the unit’s recommendations, the Department of Transport has enforced a no-vessel area where the dolphins congregate and restricted the speed of vessels in adjacent waters.

“If they were more dispersed, over a larger area and all year round, it would be much more difficult to control,” said Holly. “It’s good we can make a difference, but any success of the no-boat zone will depend on a combination of cooperation from the community, clear signage and enforcement by government.”