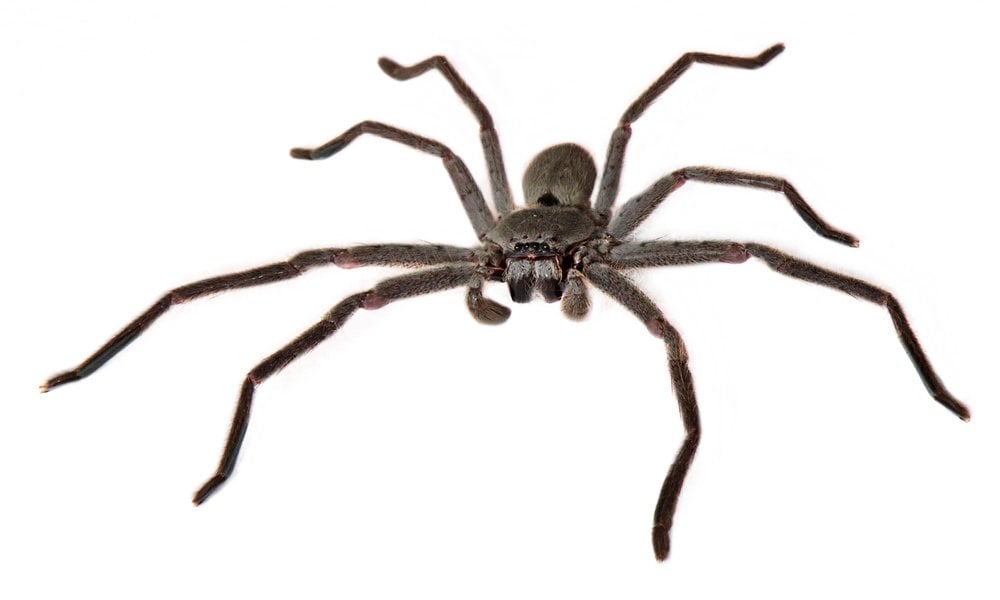 The huntsman spider has all the hallmarks that incite arachnophobia in humans. They’re hairy, long-legged, usually dark coloured to support nocturnal camouflage, and have a habit of scuttling about at night.

But, despite their sometimes-fearsome appearance and seemingly creepy habits, they are largely harmless to humans. In fact, there’s a very good rationale for encouraging them to share your home with you as they’re particularly skilful at keeping down populations of bothersome insects, particularly cockroaches.

The fact that huntsman spiders don’t spin webs to catch food is another factor that makes them amenable housemates. These arachnids catch their food either by running it down or waiting still and ambushing it as it passes.

There are about 94 different species of huntsman spiders known to occur in Australia and most areas have several resident species.

In the bush these spiders are found living among loose bark on the ground or on trees. In homes – or even cars – they’ll hide away in dark corners during the day and appear from dusk onwards as night-time insects emerge. You’re more likely to see them in the home when it’s raining or conditions are humid.

Most huntsman spiders are quite docile creatures that prefer scurrying away to confrontation. Almost all species live alone,

although the sexes can have long and elaborate courtships before mating.

There is, however, one species native to Australia and known as the flat or social huntsman – Delena cancerides – in which hundreds of adults live with each other, share prey and jointly raise offspring together. This species occurs across mainland Australia as well as Tasmania and has been introduced to New Zealand.

Occasionally people have reported being bitten by a huntsman, and the outcome is usually no more than mild pain and swelling at the bite site, which is easily treated with a cold pack.

There is however, one species of huntsman – the badge huntsman (Neosparassus diana), which is found throughout Australia – that has a bite that’s known to produce more unpleasant symptoms, including severe localised pain and swelling at the bite site, accompanied by sweating, nausea and vomiting.

Although no one has every reportedly died from a huntsmen bite in Australia, if you have any concerns after a bite seek medical attention.