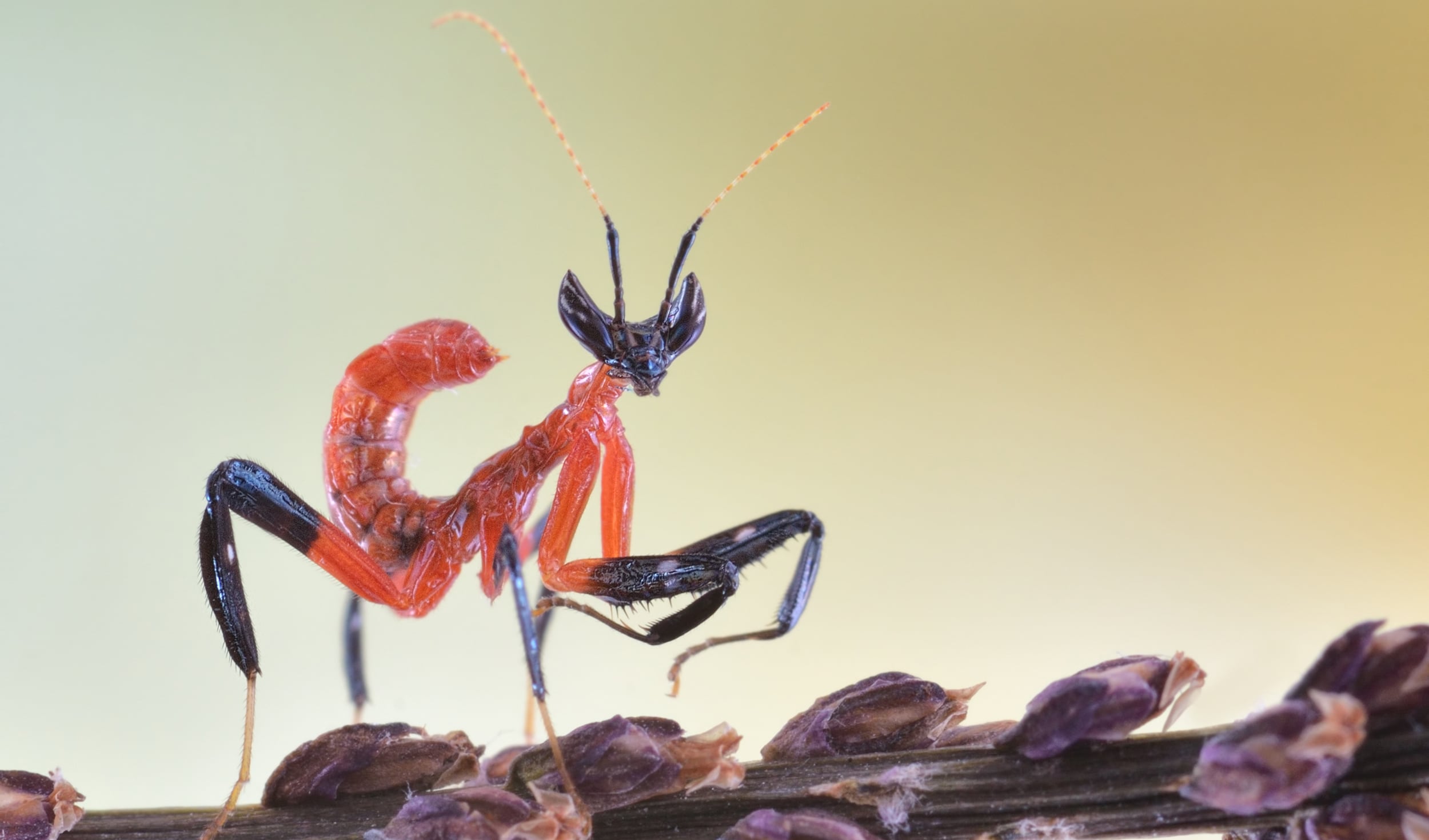 SPORTING A fantastic (and honestly intimidating) black and orange colour scheme, orchid mantis babies give off a clear warning sign to any would-be predators to back off.

These unusual colours are actually lifted from another, far creepier insect – the assassin bug (family: Reduviidae).

Assassin bugs are predatory beetles known for their large, strong proboscis, which can inflict a painful stab.

Some assassin bug species have evolved to suck blood from their prey, including humans. Nicknamed kissing bugs, they tend to go for the tender skin around the eyes and the lips when a person is sleeping, and their feaces can end up in the tiny wounds they create, causing infection.

These bugs also taste revolting, so are not so popular among other insects, either. Hence, they are the perfect creature for vulnerable mantis babies (or nymphs) to mimic.

And here are a couple of orchid mantis nymphs (alien babies):

Perhaps the coolest thing about orchid mantises is the fact that they might look like tiny ninjas when they’re young, but they grow into one of the most beautiful and elegant creatures in the world once they reach adulthood.

The orchid mantis (Hymenopus coronatus) is known for its ability to almost perfectly mimic the orchid flower.

Found throughout Southeast Asia, including in Malaysia, Thailand, and Indonesia, they not only share their white and pink colouring with wild orchids, they’re even shaped like the flowers, their legs resembling delicate, rounded petals.

They also legitimately look like fairies, embodying sweet mischief and a bit of magic:

They might look a whole lot prettier than the praying mantis species we might find in our backyards, but orchid mantises are no less vicious.

They are voracious hunters that will strike at any small insect that crosses their path, such as crickets, flies, and bees, and slowly eat them alive.

Of course, they’re also not above eating each other, even when they’re young.