Beware of the beautiful but poisonous Mandarinfish

Bec Crew is a Sydney-based science communicator with a love for weird and wonderful animals. From strange behaviours and special adaptations to newly discovered species and the researchers who find them, her topics celebrate how alien yet relatable so many of the creatures that live amongst us can be.
By Bec Crew • May 8, 2015 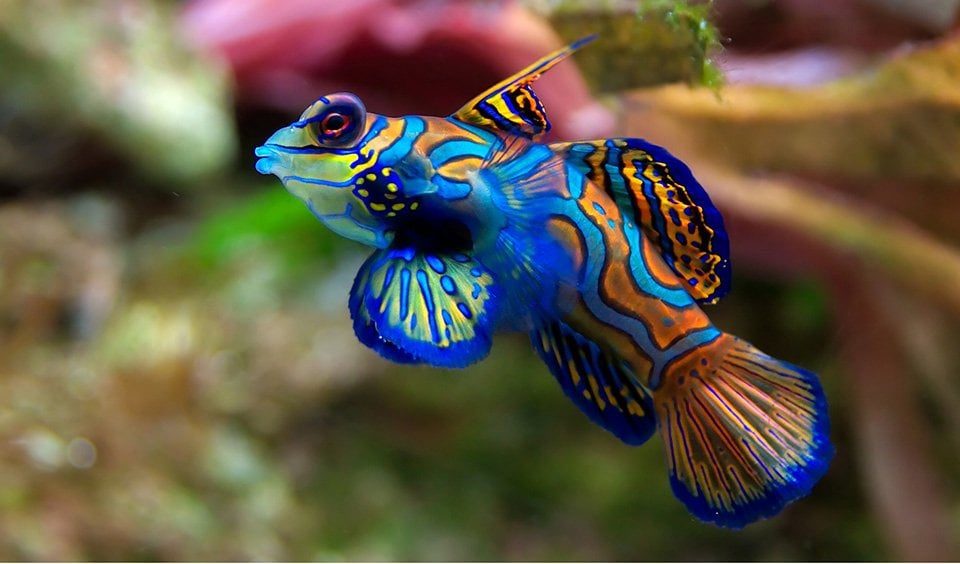 The mandarinfish is one of only two known species that produces a blue pigment. (<em>Credit: <a href="https://www.flickr.com/photos/trodel/3839965647">Jim Trodel/Flickr</a></em>)
Reading Time: 2 Minutes • Print this page
It may look pretty, but this fish uses both poison and a foul stench to keep predators at bay.

IT’S ARGUABLY THE most beautiful fish in the ocean, but the mandarinfish (Synchiropus splendidus) has got so much more going on for it than all those pretty colours.

At home in the sheltered lagoons and inshore reefs of the Pacific Ocean, ranging from the Ryukyu Islands off the coast of Japan, to warm Australian waters, this little dragonet is covered in tiny spines to inject a toxic mucus into anyone who tries to handle and/or eat it.

“Every scientist and book [who] talks about the mandarinfish makes mention of its strong, unpleasant smell,” says Esther Inglis-Arkell at io9. “That stink is not incidental. The mandarinfish needs the smell, and the spines, because it lacks one of the most basic protective measures in the marine world: It doesn’t have scales.”

There’s nothing like thick mucus and an unpleasant stench to turn someone off their potential meal.

And credit where credit’s due, because it’s not easy looking this good and smelling that bad: the mandarinfish is one of just two confirmed species in the world that can produce its own blue colouring. Along with its close relative, the psychedelic mandarin (Synchiropus picturatus), the mandarindish produces ‘cyanophores’ – blue pigmented, light-reflecting cells – to achieve its vibrant colouring.

As I mentioned previously, the vast majority of blue-hued creatures on Earth have to resort to elaborate optical illusions to brighten themselves up, with microscopic layers of colourless crystals in their skin layered in such a way that they reflect blue light back at any onlooker.