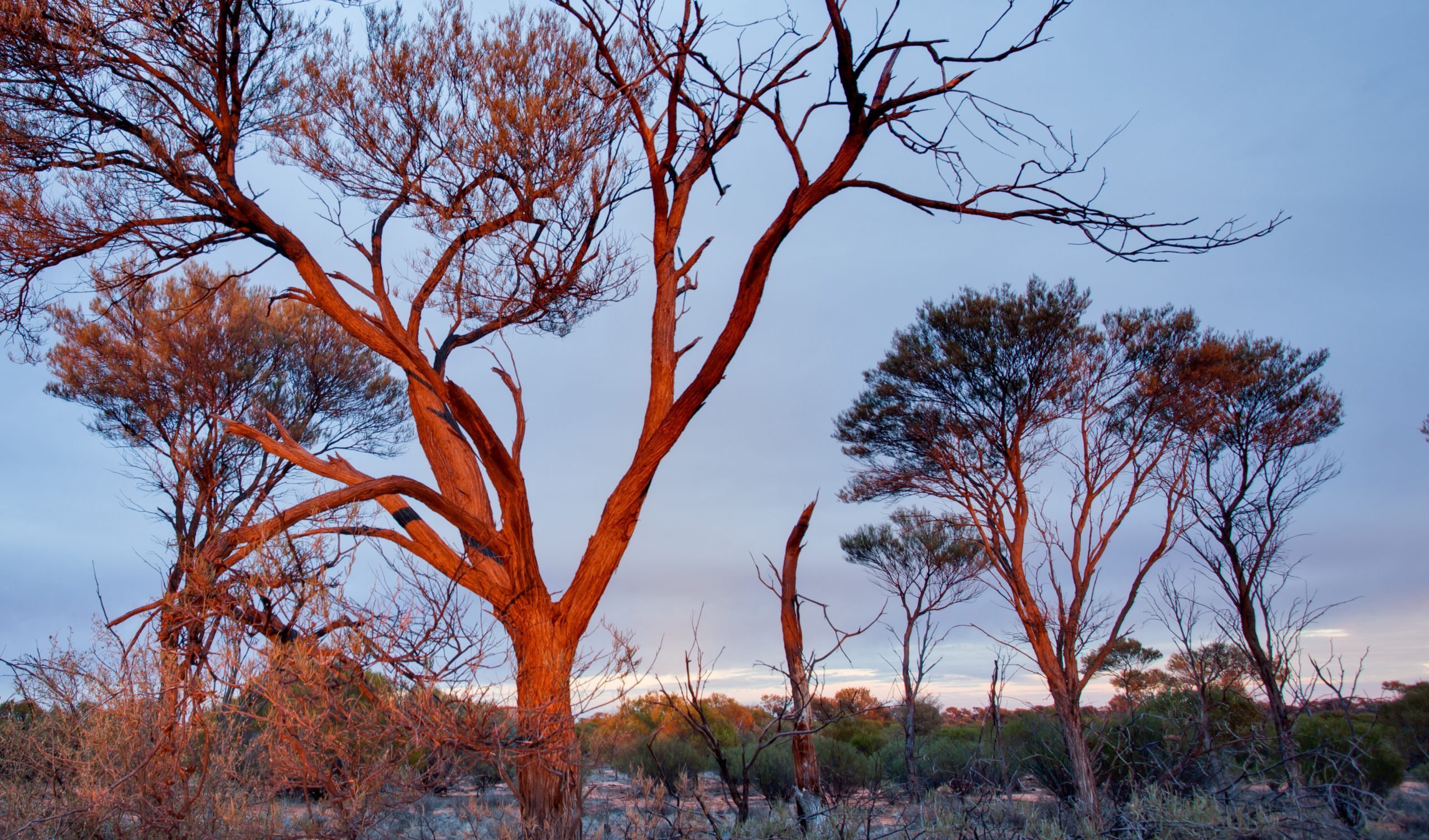 The Great Victoria Desert. Image credit: Quentin Chester
Reading Time: 2 Minutes • Print this page
Aboriginal people across Australia have employed a number of common strategies to help them survive in some of the planet’s most arid environments.

THESE ARE THE seven rules to remember in order to survive the desert:

The desert extremes demanded a social order giving security. In such challenging terrain self-reliance had limits. Survival involved sharing country, knowledge and resources. You had to connect with neighbours. The desert was- and still is- a surprisingly communal place. Locating and conserving water was the key to desert life. As well as permanent waterholes and soaks, people moved to exploit the erratic and seasonal fillings of swamps, clay pans and salt lakes. Water supplies in rock holes and soaks were cleared and often covered to limit evaporation. many were ruined by European explorers.

Ste,s and roots of certain mallee and wattles could yield water. Long, lateral roots were dug up, cut and upended so moisture within would drain into a dish or bag. Other water sources included animals, such as species of water-holding frogs that were unearthed and emptied. Exploiting all manner of plant food- from nectars and fruits, to flowers, gum and tubers- made our lands habitable. The expert use of grindstones to prepare grass seeds was widespread among arid-land communities. Once ground, the seeds were baked as solid cakes in an open fire.

Although spinifex country is relatively abundant in kangaroos and emus, in Western Desert areas further north, large game is a more seasonal food source following summer rains. As well as hunting with spears and boomerangs, animals were also caught with elaborate nets strategically placed in feeding and watering habitats. other favoured animal foods included lizards and some snakes. Insects, especially witchety grubs (the larvae of wood-boring beetles and cossid moths), were a valuable source of protein. Honey ants and the honey of stingless bees were sought after for sweetness.

Desert life unfolded in response to seasonal rhythms and bursts of life after rain. Nomadism and the use of fire to manage country were crucial.