Adventure on the high seas
One night only: A Sydney-Central Coast bikepacking journey
Trekking Africa’s Mountains of the Moon
821

Winning photos of the Red Bull Illume 2016 international photography competition showcase some of the best action and adventure sports photography from around the world.
By Australian Geographic Adventure • October 10, 2016 • Reading Time: 4 Minutes 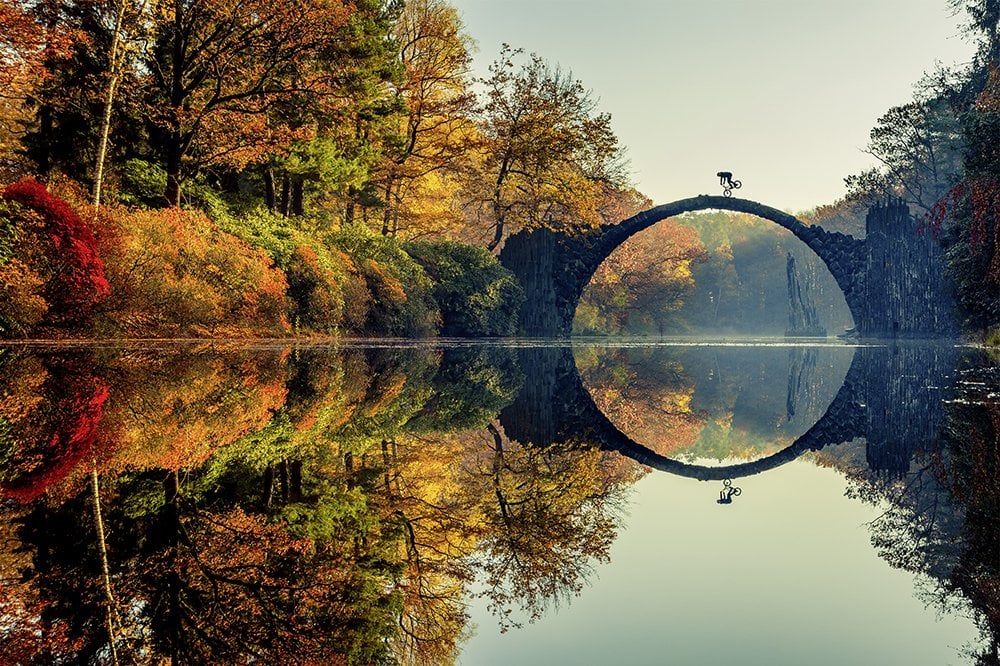 The overall winning shot and winner of the 'Masterpiece by Yodobashi' category in the 2016 Red Bull Illume photography competition. Image credit: Lorenz Holder

IN ITS FOURTH year, the Red Bull Illume competition showcases some of the best action and adventure sports photography from around the world.

This year, 34,624 images were entered by 5645 photographers from 120 countries. These were narrowed down to 55 finalists from which the 11 category winners and the overall winner were selected.

The winning images were unveiled in Chicago, USA, on 28 September 2016 and the finalists are published in a hard-cover coffee-table book.

The overall winning photo, by Lorenzo Holder (pictured above), shows pro BMX rider Senad Grosic on a bridge in Gablenz, Germany, surrounded by stunning Northern Hemisphere autumn colours. This image was also winner of the ‘Masterpiece by Yodobashi’ category.

“I think a great location is one of the key elements for a great action picture,” says Lorenzo, who grew up in Munich, close to the Bavarian mountains where he got his taste for outdoor adventure. But the action wasn’t all north of the equator. Among the 11 category winners was Aussie surf photographer Luke Shadbolt, who captured the above epic shot of pro bodyboarder Renan Faccini against huge swell in Rio De Janeiro.

Luke, who grew up on Australia’s east coast and studied visual communications at the University of Newcastle in NSW, was travelling with a group of Brazilian bodyboarders when he captured this shot at a break called Jaotinga.

“The swell seemed to line up directly into this small crevice in the southern cliff and plumes of spray would catapult out at varying angles. Shooting from down the beach trying to capture some of these abstract formations I didn’t even notice Renan in the shot until afterwards,” explains Luke.

Of the resulting powerful black and white image, he says: “It’s got a kind of duality to the meaning; it could be seen as a salute to the power and randomness of the ocean, or it could be seen as a mocking attempt at some kind of manipulated sorcery, showing man’s unending quest to control nature.”

Congratulations to Luke on representing the Aussies in this impressive collection of epic adventure and action photography from around the world – check out the rest of the winners below: The Mobile category (images captured with a mobile phone or tablet) was a new addition for the competition in 2016, and was taken out by Norwegian photographer Vegard Aasen for his black and white mountaineering image taken in Hakuba, Japan. The duo of German photographer Lorenzo Holder and BMX rider Senad Grosic popped up again among the winners with this shot of Senad riding a rusting viewing platform in Senftenberg, Germany which took out the Playground category. Winner: Lifestyle category. Jody MacDonald (Canada) took this shot of her brother Ken MacDonald sitting atop a train during their adventure through the Sahara Desert.