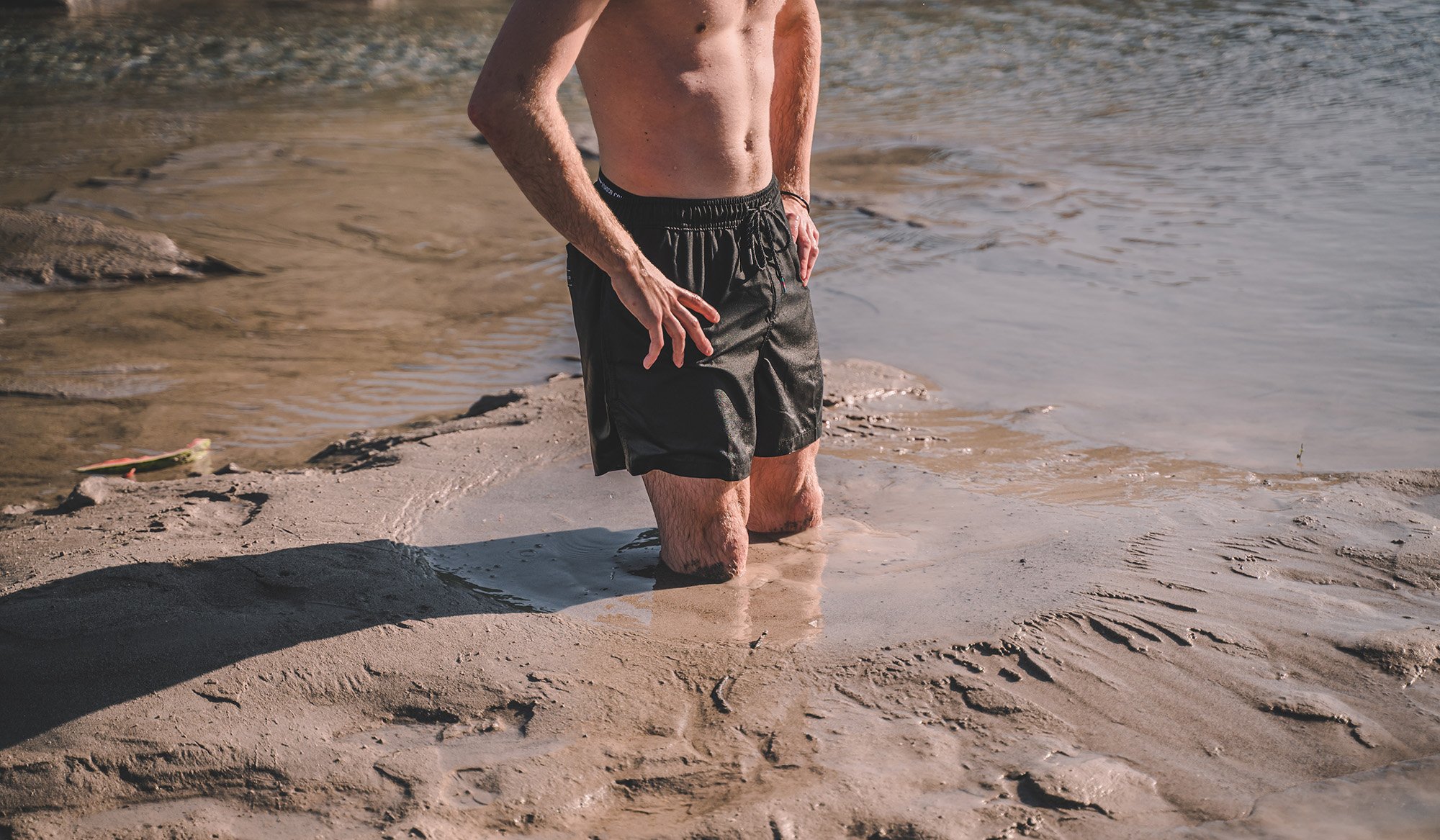 Is the fear around quicksand warranted? Image credit: Shutterstock
Reading Time: 3 Minutes • Print this page
Quicksand is not the fearsome geological feature movies have made it out to be. It is, however, an unusual substance.

If you grew up in the 1980s or ’90s, you might fear quicksand. Evil characters in movies drowned in quicksand. Their outstretched hand was the last thing to disappear beneath what was moments before a seemingly innocuous surface.

Such scenes were a fading Hollywood favourite at the time, as plotted in a graph by journalist Daniel Engber.

Although quicksand is no longer a go-to for films, fear around it remains. Is this fear warranted?

Can you really drown in quicksand?

This was a question Dr Daniel Bonn, Professor of Physics at the University of Amsterdam, was determined to answer. He collected samples of quicksand in Iran and analysed what it was made from – mix of fine sand, saltwater and clay.

Daniel then used beads and other items, including (bizarrely) a Tassie devil figurine with similar densities to humans, to check whether they would ‘drown’ in the quicksand he re-created in the lab. Thankfully, our iconic devil didn’t sink beneath the quicksand, never to be seen again.

As quirky as this experiment sounds, it has real-life applications. What Daniel found is that we can never drown in quicksand. We are not as dense as quicksand, so we will only ever sink partway like a rubber ducky in a tub.

Daniel warns, though, that quicksand can be fatal if you fall into some at the beach, the tide is coming in, and you don’t manage to free yourself in time.

Why do we get stuck in quicksand then?

Quicksand is an example of physics at play. Daniel explains the clay in the Iranian quicksand helps to create a matrix that stabilises a loose packing of sand grains in saltwater. It means “you have something that is stable against a rain shower, but if you step on it, it cannot support your weight,” he says. Quicksand that was solid moments before you stepped on it liquefies under pressure. The matrix of loose sand grains collapses. Water is forced out, and you are caught in the vice-like grip of the remaining sand and clay.

Is quicksand easy to escape?

Escaping quicksand is doable but not easy. Daniel found to remove one foot, you need the same amount of force necessary to lift a medium-sized car.

If those forces are needed to get you out of quicksand, what hope do you have to free yourself?

How to get out of quicksand

“The most important thing is not to panic because the more you move, the deeper you will sink,” Daniel says.

Instead, rotate your legs in slow, small movements to reintroduce water between the sand and your legs. You can slowly lift your legs back up to the surface and gently paddle out, as demonstrated in this Australian Academy of Science video.

“There are all kinds of stories about cowboys lassoing their rope around their horse and the horse, trying to pull them out. And the cowboy actually dying from having the rope around his waist,” he says.

Daniel doesn’t know how true those stories are, but it’s a good urban legend and a cautionary tale of what can happen if you try.

If you’ve driven your car into quicksand, you cannot pull the car out using other vehicles. The best thing to do is get to know the area you plan on going to before hitting the beach with your four-wheel drive. Ask for and take the advice of rangers and locals in the know.

Where is quicksand found in Australia?

Quicksand can be found in many places across Australia and doesn’t need saltwater to form. It is primarily found where creeks and rivers flow into the sea, on the beach at low tide, along riverbanks or in rivers with sandy bottoms. A notorious area is Tasmania’s west coast between Pieman Heads and Arthur River.

If you do fall into quicksand, remember Daniel’s advice. Or, if you have a good friend around, maybe they can throw you a giant snake like in Indiana Jones. It is Australia, after all.