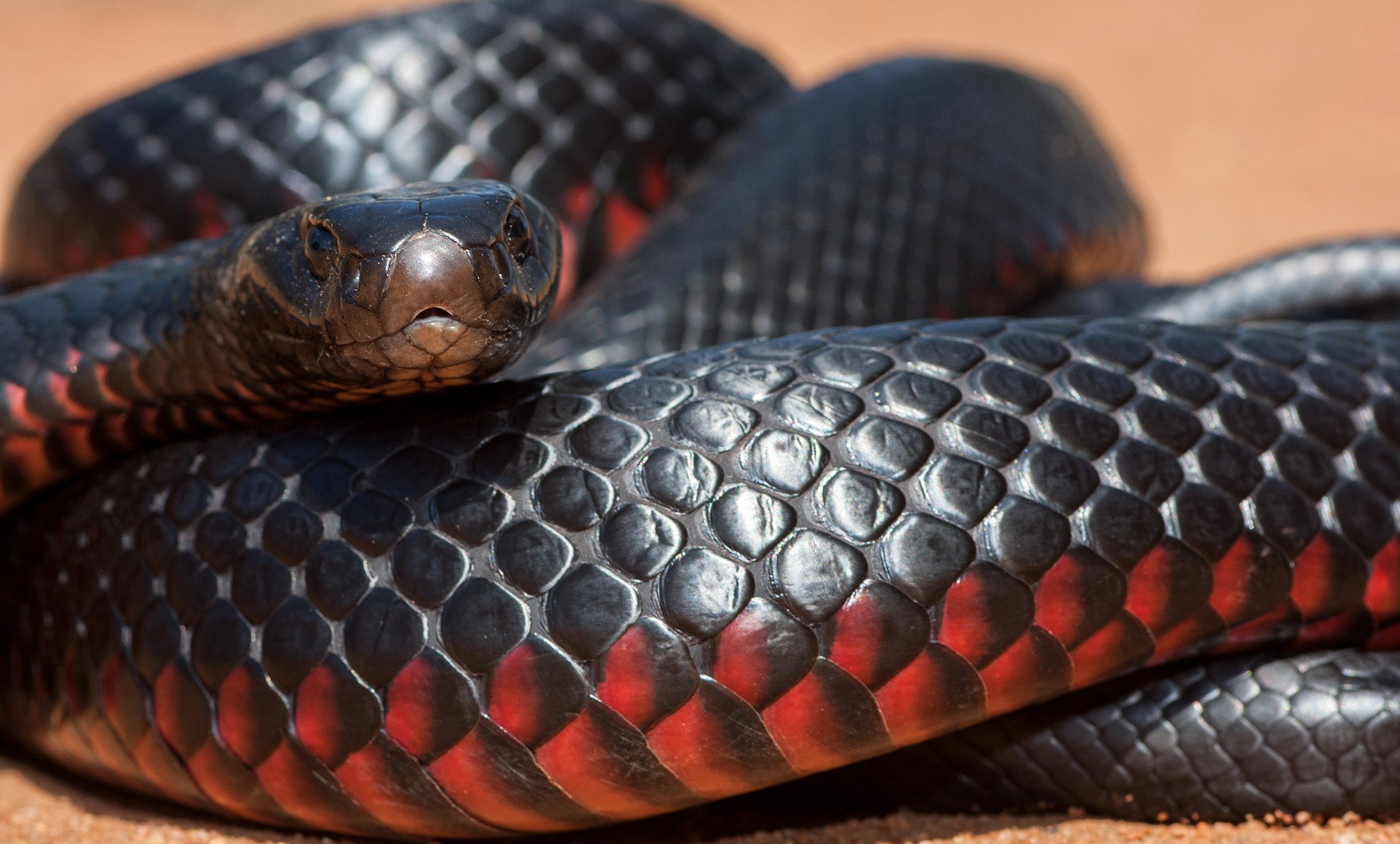 The red-bellied black is one of the Australia’s most commonly encountered snakes. If you live in one of the eastern mainland states and like bushwalking or even just live near urban bushland, chances are you will have come across one these stunning-looking reptiles.

It’s usually quite an easy snake to identify with the back of its head and upper side of its body a glossy black, contrasted by a light-pink to bright-red underside. It is venomous and potentially deadly to people and several people every year are bitten in Australia by this species. But there has never been a recorded death from a red-bellied black snake in Australia.

These reptiles are accomplished swimmers and will even hunt in the water. In fact, they’re usually found not far from water, where they can hunt for their favoured prey – frogs. The much-publicised decline in frogs during recent decades could also be having implications for red-bellied black snake numbers. The species is also threatened by feral cats, poisonous introduced cane toads and urban development.

The red-bellied black is normally a placid species and will usually move away if it hears you coming, although if it’s cornered or feels threatened it will behave aggressively. You’re particularly likely to encounter one during the spring mating season when males will travel widely looking for females and will fight other males for mating rights.

Females give birth to live young – up to about 18 at a time – and groups of pregnant females are known to associate together in a shared nest at night. It’s not been confirmed why they do this, but a possible reason is protection from predators.