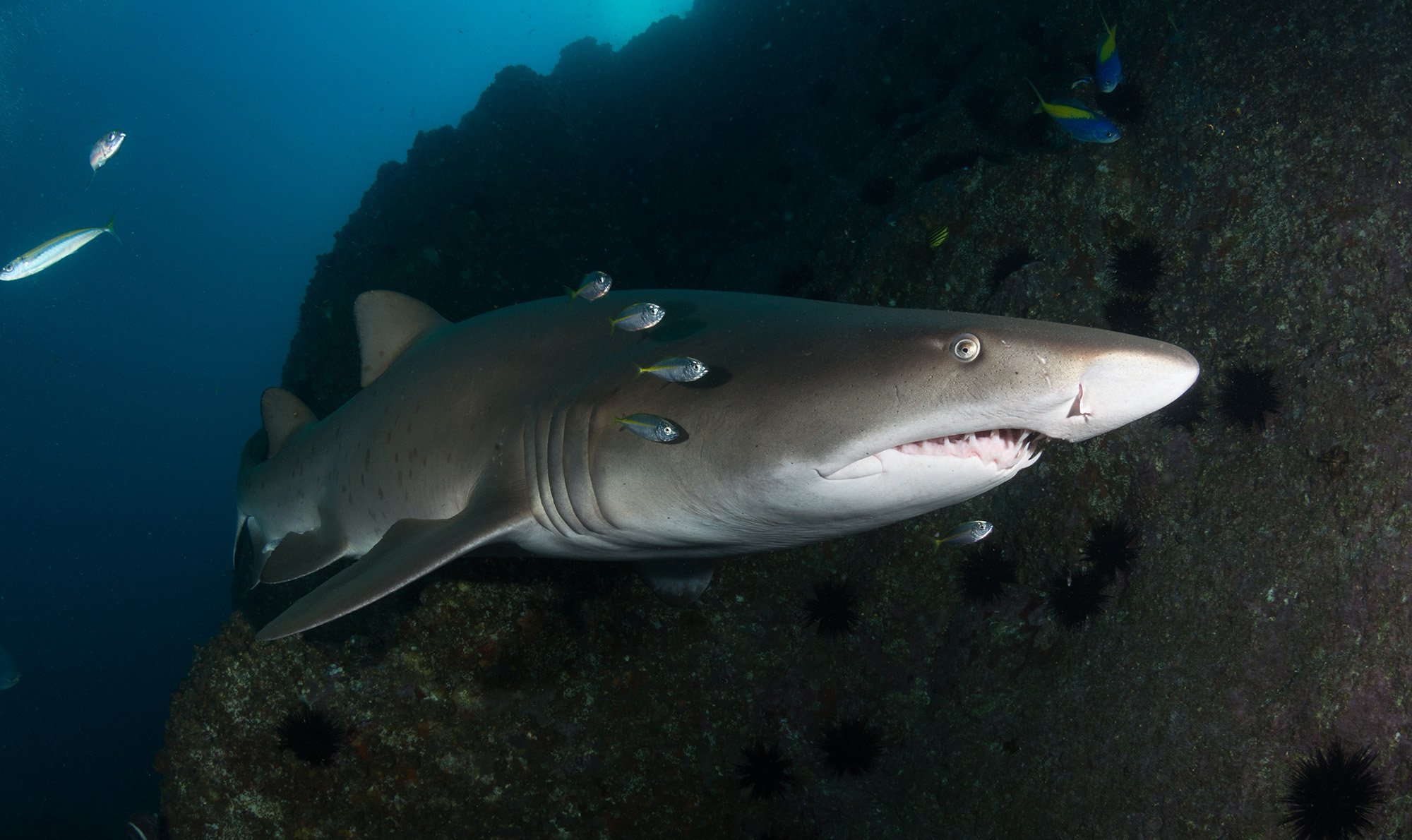 It’s now appreciated that this shark is more like the family Labrador and harmless to people, unless provoked. Nevertheless, that previous mistaken image saw it hunted relentlessly by people during the late 20th century, which contributed to its numbers crashing in Australian waters and elsewhere around the world.

In 1984 this species became the first shark anywhere in the world to be safeguarded under an act of parliament, when it was declared a protected species in New South Wales waters. Grey nurse sharks now continue to be protected under fisheries legislation in waters off NSW, Western Australia, Tasmania and Queensland.

The grey nurse shark, which is also known as the sand tiger shark and spotted ragged-tooth shark, is found worldwide in tropical to temperate coastal waters. In Australia, it occurs in two distinct and geographically separate populations – one on the east coast, the other on the west coast. The east coast population is critically endangered. The conservation status of the west coast population is vulnerable.

Sharks in the east coast population have been reported from all the eastern states but are mostly encountered from southern Queensland down the NSW coast. Along that section of coast there are several sites where the species forms aggregations that are thought to be important for mating and pupping.

Despite being widely protected, the species has been slow to recover from the slaughter it endured in the 20th century. It continues to be incidental bycatch in some fisheries and is also caught in nets set across beaches to protect swimmers, particularly along east coast beaches.

However, these continued threats aren’t enough to explain why grey nurse numbers haven’t bounced back since the species became protected. The main reason why is the species’ unusual reproductive physiology, which sees the females produce no more than one pup per year. Grey nurse shark reproduction is governed by a strategy known as intrauterine cannibalism, which means that ultimately females give birth to no more than two live young at a time.

Each female has two uteri in which a number of eggs are produced and from which baby sharks hatch. However, the strongest of these hatchlings eats the others meaning that only one pup can ever survive in each uterus.

Because the females only reproduce every second year it means that, on average, each produces only one pup a year.