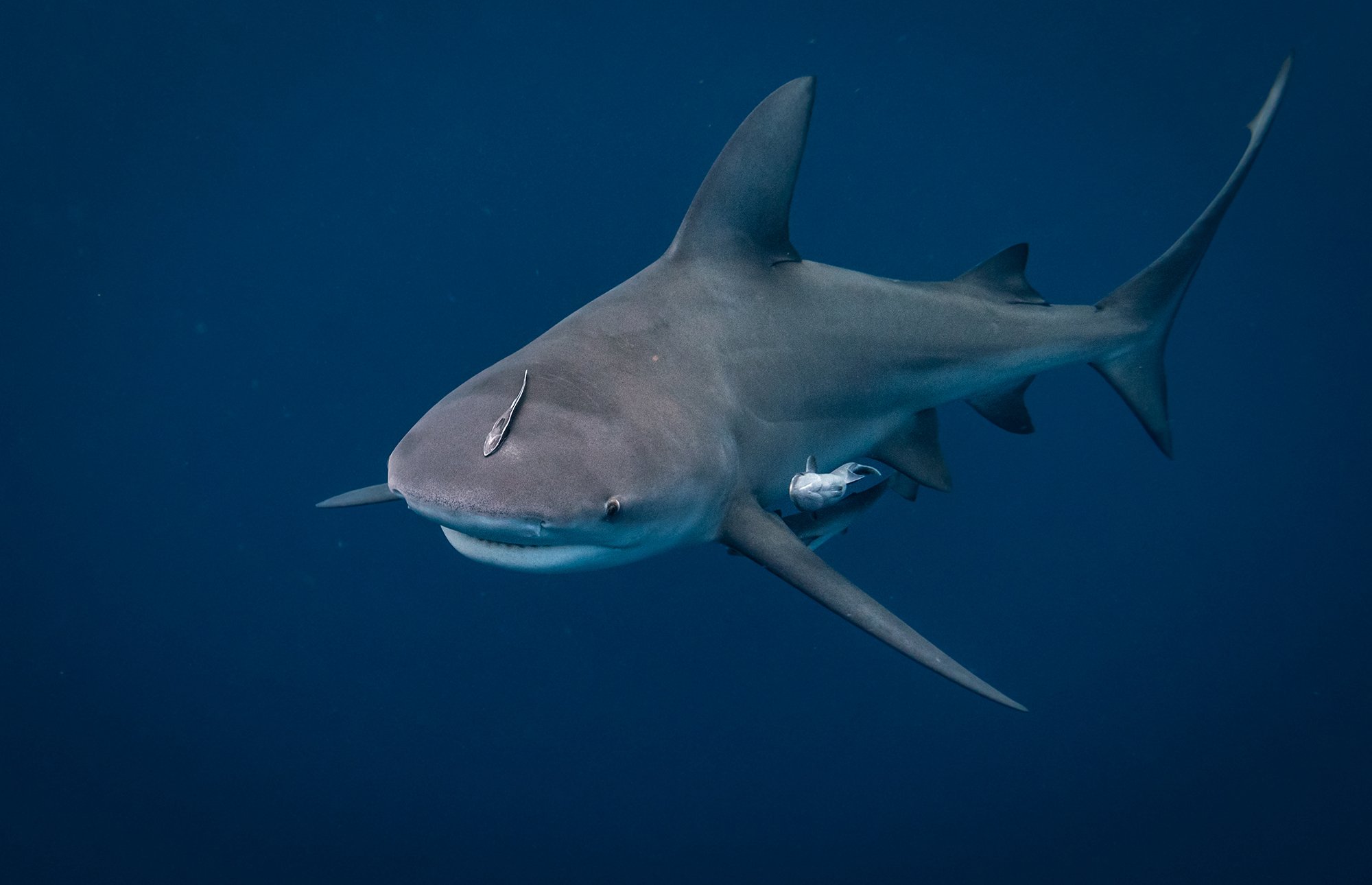 Worldwide, just three species of sharks – out of more than 500 – have been responsible for most of the unprovoked fatal attacks on humans. They are the tiger shark, white shark and this one ­­– the bull shark.

It’s the smallest of the three as a fully grown adult but, most experts agree, the most dangerous to people. That’s because of its preferred habitat and its well-documented hostile behavioural traits. The common name bull shark comes from both its strong stocky appearance and aggressive nature. It’s found in tropical and subtropical waters worldwide and tends to occur in the same areas where people also frequent ­­– inshore coastal waters, particularly around estuaries and river mouths.

Worldwide it’s thought to have been responsible for about a quarter of the human deaths caused by unprovoked shark attacks since detailed records began.

In Australia, it occurs around much of the coastline north from Sydney, up the east coast, across the Top End and down the west coast to as far south as Perth. It’s able to tolerate freshwater better than any other shark species: it can remain in freshwater for long periods of time and has even been known to travel hundreds of kilometres up into the freshwater of tidal rivers, including the Amazon, in South America and the Mississippi in North America.

In fact, female bull sharks often give birth near river mouths and the young will remain there for several years if food is available.

This tolerance of freshwater is made possible by many remarkable physiologic adaptations; notably special glands and kidney functions that help their bodies retain salt while they remain in freshwater for extended periods.

Bull sharks don’t begin to breed until they are about eight years old and females give birth to live pups, up to about 13 at a time.

As for all sharks the world over, the bull shark is under pressure from overexploitation by people. They are killed for the lucrative but largely illegal shark-fin trade and often die as bycatch in fishing nets. Because of their preference for inshore habitats, coastal pollution is also a growing problem for the species.