Naturalist, author, broadcaster and tour guide Tim the Yowie Man has dedicated the past 25 years to documenting Australia’s unusual natural phenomena. He’s the author of several books, including Haunted and Mysterious Australia (New Holland, 2018). Follow him on Facebook and Twitter: @TimYowie
By Tim the Yowie Man • September 21, 2020 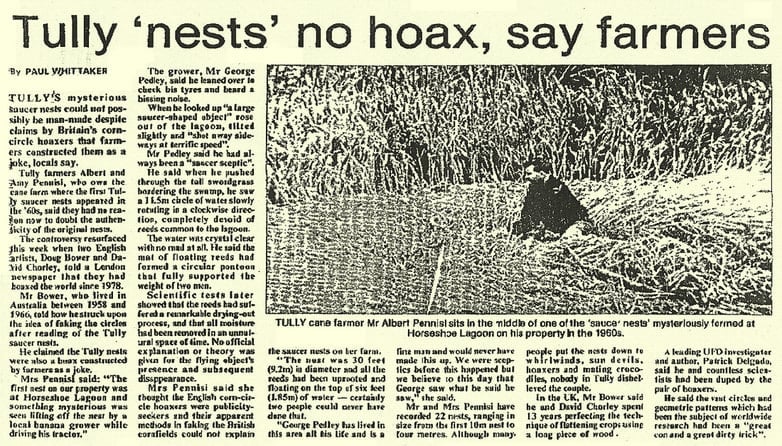 Newspaper coverage at the time.
Reading Time: 2 Minutes • Print this page
The Tully saucer nest heralded the start of the worldwide phenomenon of the modern crop circle.