On this day: Pemulwuy is killed
On this day: Trout arrive in Australia
The evolution of Anzac Day from 1915 until today
661

Home Blogs On This Day On this day in history: Burke and Wills’ expedition begins

On this day in history: Burke and Wills’ expedition begins 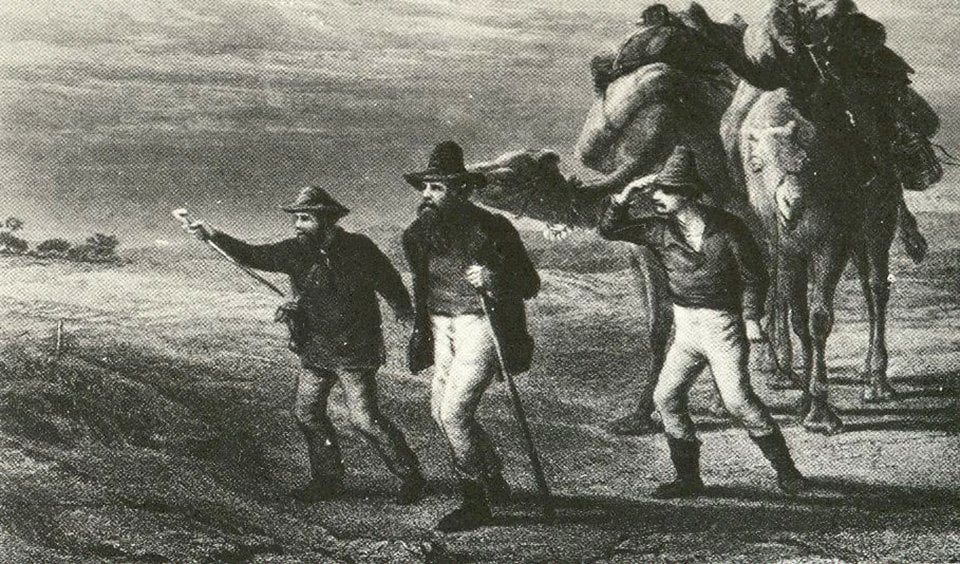 Burke, Wills and King on the way back from the Gulf of Carpentaria Image credit: Wikimedia

ON 20 AUGUST 1860, Robert O’Hara Burke and William John Wills and their team set off from Melbourne’s Royal Park on one of the most ambitious expeditions in Australian history – a crossing of the continent from south to north. Farewelled by 15,000 well-wishers, they were destined for the Gulf of Carpentaria, over 3000 km away.

What began as a scientific expedition became a race across Australia, says Dave Phoenix, president of The Burke and Wills Historical Society. It also opened the unexplored interior of Australia to European colonisation. The journey had a tragic end, however. Both men, along with five other members of the 19-strong party, perished.

Burke and Wills: desire for fame

Burke was born in Ireland in 1821 and served in a cavalry regiment of the Austrian Army before emigrating to Australia in 1853, where he became superintendent of police in Victoria’s Castlemaine district. His appointment as leader of the expedition owed as much to patronage as experience. “He was a complex character motivated more by a desire to be famous than any real interest in exploration,” Dave says.

Wills was born in England in 1834 and emigrated to Australia, also in 1853. Regarded as having been intelligent and disciplined, he trained as a surveyor before being selected as the expedition’s surveyor and astronomer.

Amid slow progress and disagreements over supplies, the expedition travelled through Victoria and western New South Wales. At Kinchega on the Darling River disaster struck; George Landells, the second-in-command, and Dr Hermann Beckler, the expedition’s surgeon, left the party.

Wills was appointed as second-in-command, and the expedition continued north to Cooper’s Creek in north-eastern South Australia, where they established a small supply depot while they planned their journey. Unwilling to wait out the worst of the summer, the expedition party once again split on 16 December 1860, with Burke ordering William Brahe and three other men to wait for three months while he, Wills, John King, and Charles Gray pushed on for the Gulf of Carpentaria.

After reaching within a few kilometres of the Gulf, mangrove swamps and rapidly dwindling supplies forced them to turn back. Charles died on the return journey. The remaining men returned to Cooper’s Creek on 21 April 1861, missing Brahe’s party by a matter of hours.

Weakened by fatigue and lack of food and water, Burke and Wills died within days of each other towards the end of June 1861. John King was rescued by a search party in September, and returned to Melbourne. He was the only member of the expedition to successfully complete the mission.

Although beset by poor organisation, infighting and questionable preparation and tragedy, the expedition goal was achieved.

However, 150 years later, the duo are best remembered as “heroic failures,”says Dr Claire Brennan from James Cook University. While they were successful in exploring the interior of Australia, in their demise the pair also underlined its sense of threat for Europeans. “Like Leichhardt [the explorer Ludwig Leichhardt disappeared during an expedition in 1848], they perpetuated the mystery of the inland through their deaths and disappearance,” she says.