Bec Crew is a Sydney-based science communicator with a love for weird and wonderful animals. From strange behaviours and special adaptations to newly discovered species and the researchers who find them, her topics celebrate how alien yet relatable so many of the creatures that live amongst us can be.
By Bec Crew • August 16, 2021 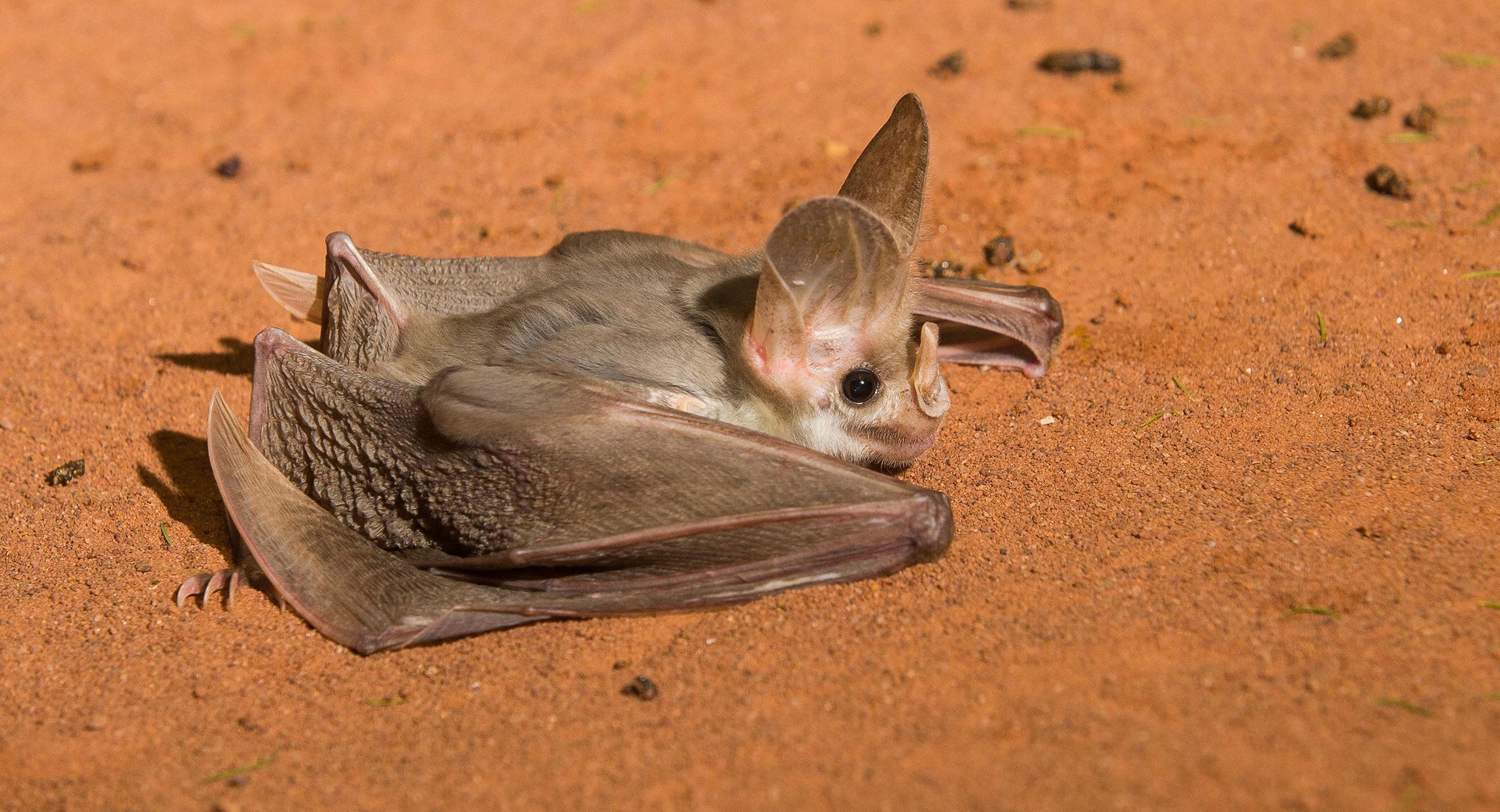 Image credit: Minden Pictures/Alamy
Reading Time: 2 Minutes • Print this page
With a face like that, you’d be forgiven for thinking that the ghost bat wouldn’t hurt a fly, but inside that cute little head are some formidable chompers – the kind that could easily gnaw a hole in the neck of a dove, a lizard or even another bat.

The ghost bat (Macroderma gigas) is found in caves dotted across the north coast of Australia. Three distinct populations have been recorded: one in the Northern Pilbara and Kimberley regions in Western Australia, one in the Top End – the northernmost areas of the Northern Territory – and one in Queensland, running from Cairns to Mount Etna, known for its brilliant limestone caves.

Endemic to Australia, these are some unique and very special bats. They have unusually pale fur, which, together with the bright, translucent membrane of their wings, gives them a distinctly ghostly appearance.

They have huge, elongated ears and a prominent nose-leaf, thought to be important for echolocation – emitting calls that bounce off objects to reveal their whereabouts.

Ghost bats can grow to about 12 cm long, which makes them the largest species of microbat in Australia and the second-largest microbat in the world.

Bats are split into two groups, depending on their size. There are the megabats (Megachiroptera) and the microbats (Microchiroptera).

In Australia, our megabats include all manner of flying foxes, blossom bats and tube-nosed bats. The majority of our microbats, which can weigh as little as 3 grams, are dwarfed by the ghost bat, which weighs, on average, more than 100 grams.

Of all the microbat species in the world, three found in South and Central America are known to feed on the blood of large mammals, a behaviour that has earned them the name vampire bats.

The Australian ghost bat doesn’t quite feed on blood of its prey – it takes the whole lot, which is where its other name, the false vampire bat, comes from.

While most bats are insectivores (meaning their diet is most made up of insects), the ghost bat feeds on reptiles, birds, rodents and other bat species. In fact, it’s the only carnivorous bat ever found in Australia.

Using their large, sharp teeth, ghost bats are able to inflict bite after bite to the head and neck of their prey, killing them in an instant.

You can see these teeth in this wonderful footage of a (very well-behaved) wild ghost bat:

Sadly, these incredible creatures are dwindling in numbers and their populations are becoming increasingly isolated. They are currently classified as threatened, and researchers are racing to find out more about them before it’s too late.

Ghost bats are particularly special to the Aboriginal people they share their habitat with, such as the Kaltukatjara and Papunya communities near Alice Springs. As this story recounts, the disappearance of these bats is having a profound impact.

We’ll leave you with this fantastic video, which will introduce you to Patrick, the most adorable ghost bat you’re ever likely to meet: