Bec Crew is a Sydney-based science communicator with a love for weird and wonderful animals. From strange behaviours and special adaptations to newly discovered species and the researchers who find them, her topics celebrate how alien yet relatable so many of the creatures that live amongst us can be.
By Bec Crew • July 12, 2021 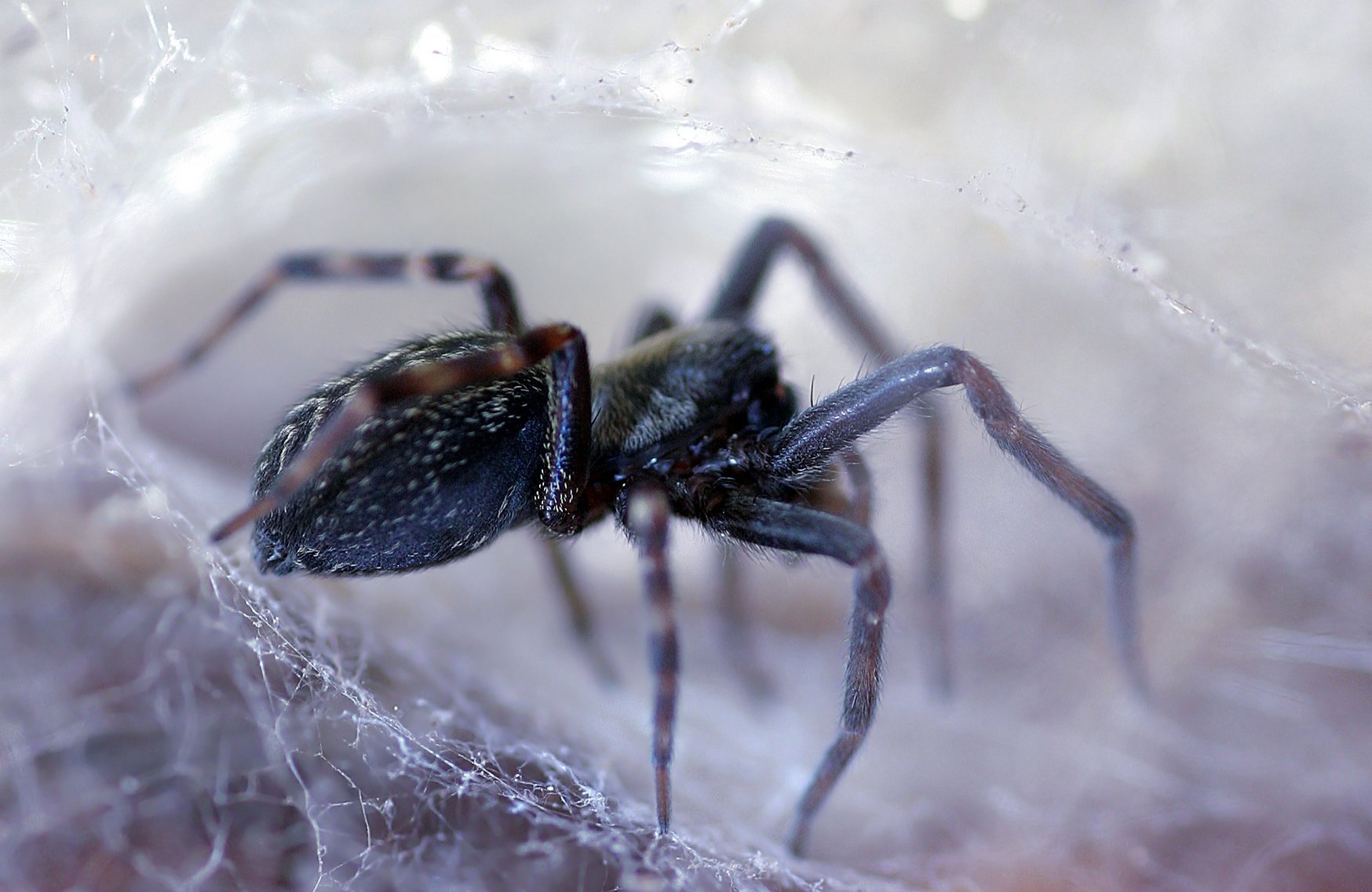 As a bonafide arachnophobe, I wouldn’t want to be trapped in a room with one of these. But it sure as heck beats being stuck in a room with a funnel web spider.

The common black (or brown) house spider (Badumna insignis) is often misidentified as a funnel web spider, because to the untrained eye, they do look kind of similar.

The females are compact, dark-coloured, and have a big ol’ abdomen, but that’s where the similarities end. Which is great, because as their name suggests, common black house spiders pop up a lot in Australian homes, especially in the southern and eastern parts of the country.

They’re often found in nooks and crannies, especially around window frames, doorways and porch lights – anywhere with a good amount of light that attracts their insect prey. They’re also found on tree trunks and logs around loose bark and in rock wall crevices.

Common black house spiders might look intimidating, but they’re actually very shy, and will rarely venture out of their nests. The females will build and repair their nests over and over again, rather than abandoning them and building fresh ones. As a result, their webs often look quite ratty and old, like this one:

They’re also not aggressive, and even though their bites are venomous and can be temporarily excruciating, they’re nowhere near as dangerous as a bite from a funnel-web spider.

Some key differences in appearance between the two is the black house spider is quite hairy, whereas the funnel-web spider has an eerie glossiness, and their fangs are quite distinct.

The rule of thumb, Dr Smith told the ABC, is “If it is glossy, with powerful fang bases, beware.”

Another good clue is if you don’t have a backyard or a decent amount of vegetation or ground that can be burrowed into, chances are what you’re seeing is a black house spider.

You’re also not going to struggle to tell funnel-web spiders apart from male common black house spiders; the males’ legs are much more elongated than the females’, which gives them a very different look altogether:

The best approach is to leave these spiders alone regardless, because they’re quite happy to do the same.

If you do think what you’re dealing with is a funnel-web, here are some handy tips for how to safely collect it and donate it to a venom-milking program for antivenom development.