Bec Crew is a Sydney-based science communicator with a love for weird and wonderful animals. From strange behaviours and special adaptations to newly discovered species and the researchers who find them, her topics celebrate how alien yet relatable so many of the creatures that live amongst us can be.
By Bec Crew • March 22, 2021 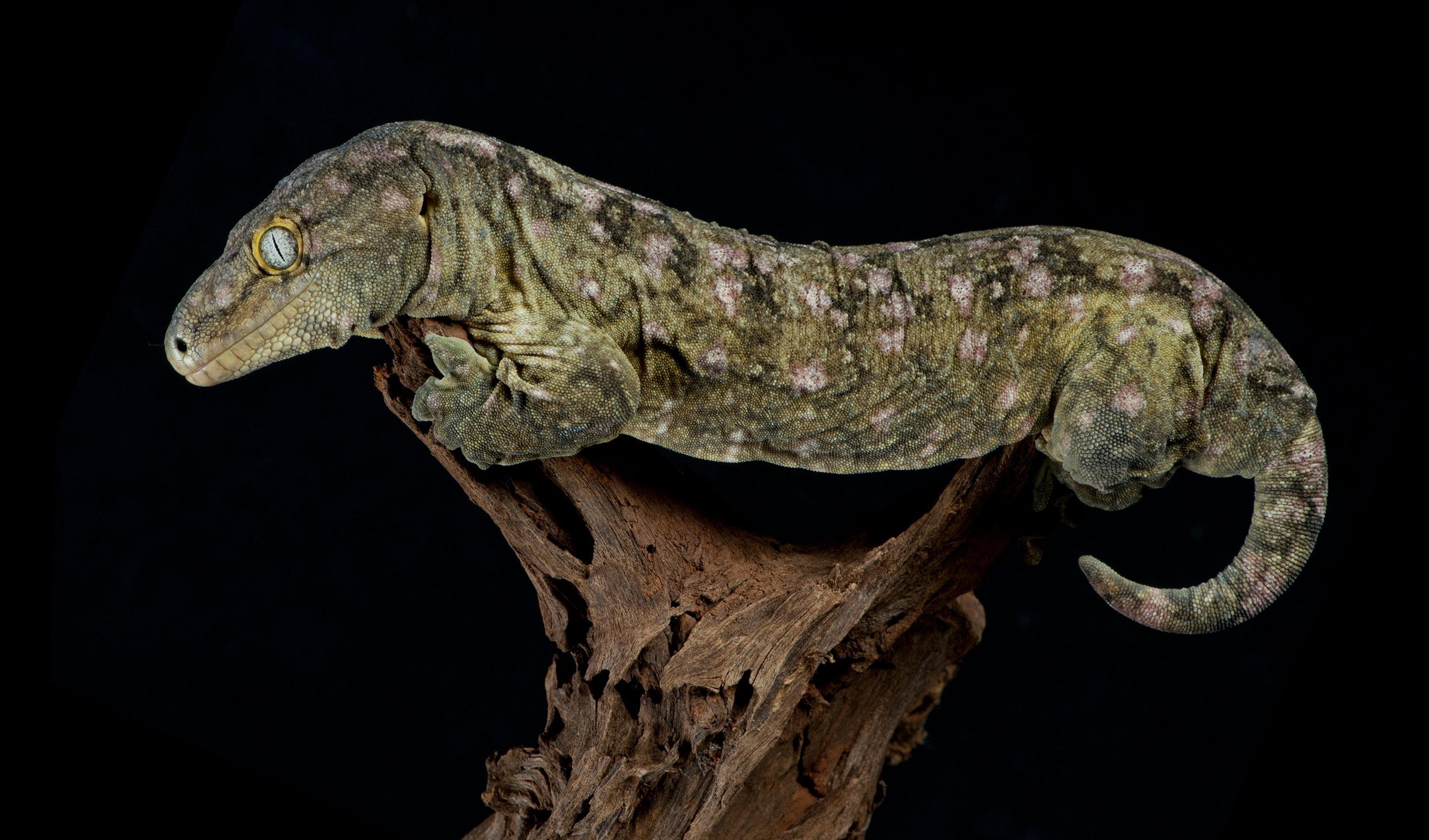 At 36 cm long from snout to tail, the New Caledonian giant gecko (Rhacodactylus leachianus) is the largest species of gecko on Earth. And it does all of that with an almost comically stubby tail.

Endemic to New Caledonia and nearby isles, the New Caledonian giant gecko is a perfect example of island gigantism, a phenomenon whereby small animals that are isolated on islands tend to grow very large.

The Komodo dragon is another great example of island gigantism, as are the giant tortoises of the Galápagos and Seychelles islands.

On the other end of the spectrum is island dwarfism, where large animals confined to islands tend to grow smaller, such as the adorable island fox (Urocyon littoralis), native to six of the eight Channel Islands of California, and the dwarf lemurs of Madagascar.

Related: Asian house geckos: to love them or hate them?

If you’re a gecko, the benefit of growing up on an island like New Caledonia is freedom from the constant threat of predators. These reptiles can happily spend their life in the trees, feeding on insects, spiders, smaller lizards, frogs, fruit and nectar, and the occasional egg or chick, if it’s lucky enough to gain access to a nest.

Their unusual size and nocturnal tendencies have earned New Caledonian giant geckos quite the reputation. According to the Guinness World Records, there is a local superstition that they can cling to a person and suck their soul right out of their body. No wonder they are nicknamed “devils in the trees”.

While their capacity to steal someone’s lifeforce might be the stuff of legends, their ability to change colour is not. Researchers have found that, similar to chameleons, New Caledonian giant geckos contain pigment-containing cells called chromatophores in their skin, which can change colour depending on the amount of sunlight they’re exposed to.

New Caledonia is not just home to the world’s largest gecko, but some of the most beautiful geckos, too.

Related: The psychedelic rock gecko is one of the rarest reptiles on Earth

There’s the gargoyle gecko (Rhacodactylus auriculatus), known for its wonderful markings, which come in many different colours:

And there’s the eyelash gecko (Correlophus ciliatus), known for the distinctive hair-like projections found above its eyes, which make it look like the prettiest little thing:

Not that the New Caledonian giant gecko isn’t beautiful in its own right. Here’s one eating a banana for the first time, which is just delightful: