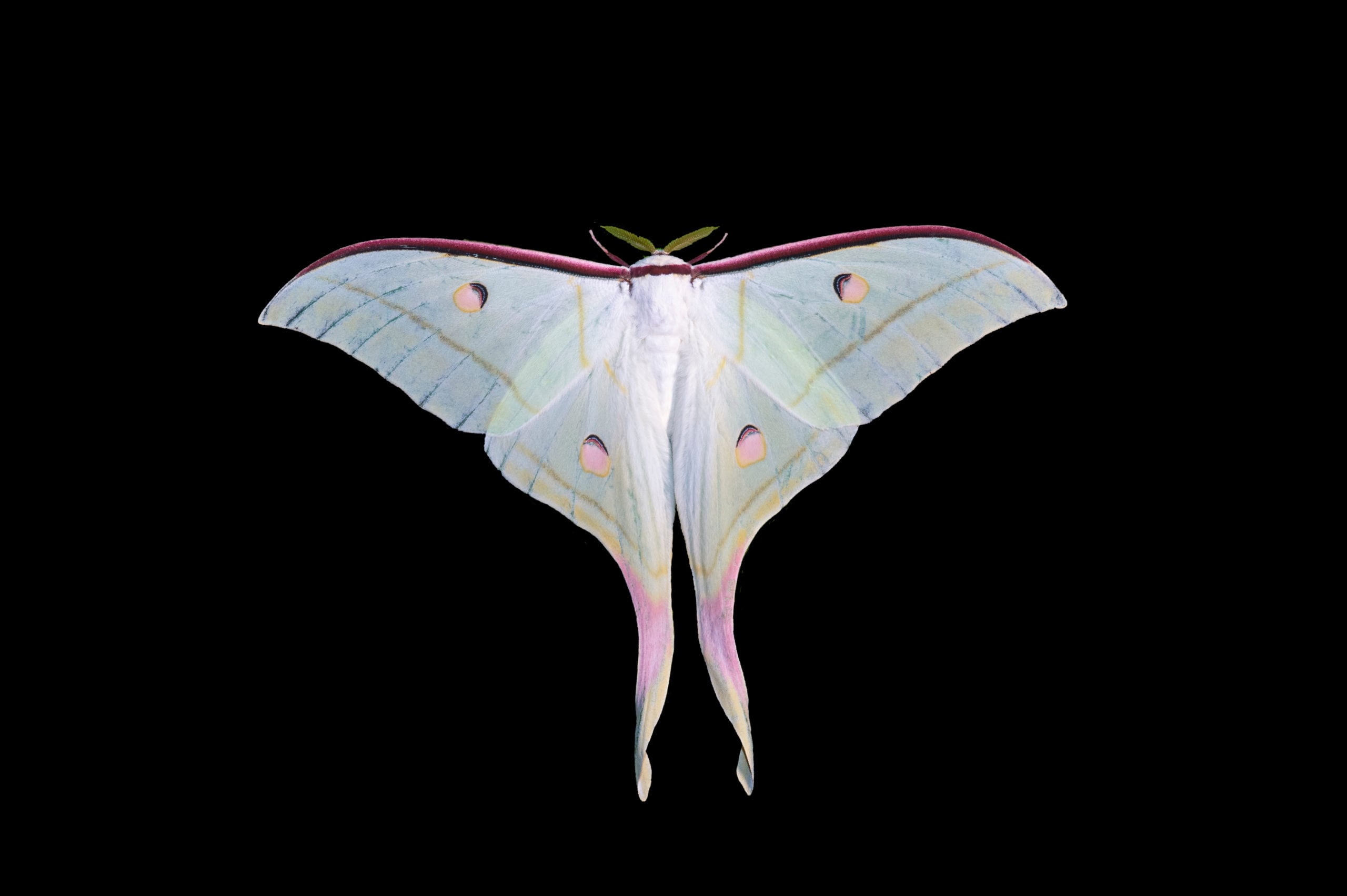 You’re not supposed to stare at the Sun, lest you suffer retinal burns and actual eclipse blindness. And I don’t know about the rest of you, but I’m getting the same vibe from moon moths. I’m going to go out on a limb here and say that if you stare at these things for too long, madness ensues.

Moon moths belong to the genus Actias. The vast majority of the species within this group come from countries in East and Southeast Asia, including China, India, Japan, Indonesia, and Thailand. A few species have ended up elsewhere, including one, the luna moth (Actias luna), which is native to eastern North America.

Moon moths are named after the ‘moon spots’ that appear on their wings. You can see them on the Indian moon moth (Actias selene) pictured above. They look like tiny pink moons in caught at different phases.

These wing spots are a feature not just of moon moths, but of the entire Saturniidae family they belong to. Saturniid moths are named after the way that some species’ wing spots look like little ringed planets.

Moon moths are creatures of the night. They become most active after dark, and mate in the early hours of the morning.

Mating is everything to moon moths – they emerge from their cocoon without functional mouthparts, so they only have a few days to live. During this final stage of their life, they have to find a mate and successfully reproduce, and the females need to find somewhere safe to lay eggs before they die from starvation.

It’s a tragic life for such a stunning creature. Their fleeting existence makes spotting one of these beauties even more special.

If you are lucky enough to see a moon moth in the wild, you’re going to see something very different depending on where you are.

The Malaysian moon moth (Actias maenas), for example, found in Malaysia, Sumatra, Java, and the Philippines, is a bright yellow gold, with elongated hindwings:

The Chinese moon moth (Actias dubernardi), found only in China, sports a striking combination of yellow-green and cotton candy pink:

And make sure you watch the incredible final transformation into adulthood: