Home Blogs Creatura Blog The dragontail butterfly is like a dream

Bec Crew is a Sydney-based science communicator with a love for weird and wonderful animals. From strange behaviours and special adaptations to newly discovered species and the researchers who find them, her topics celebrate how alien yet relatable so many of the creatures that live amongst us can be.
ByBec Crew• November 12, 2019 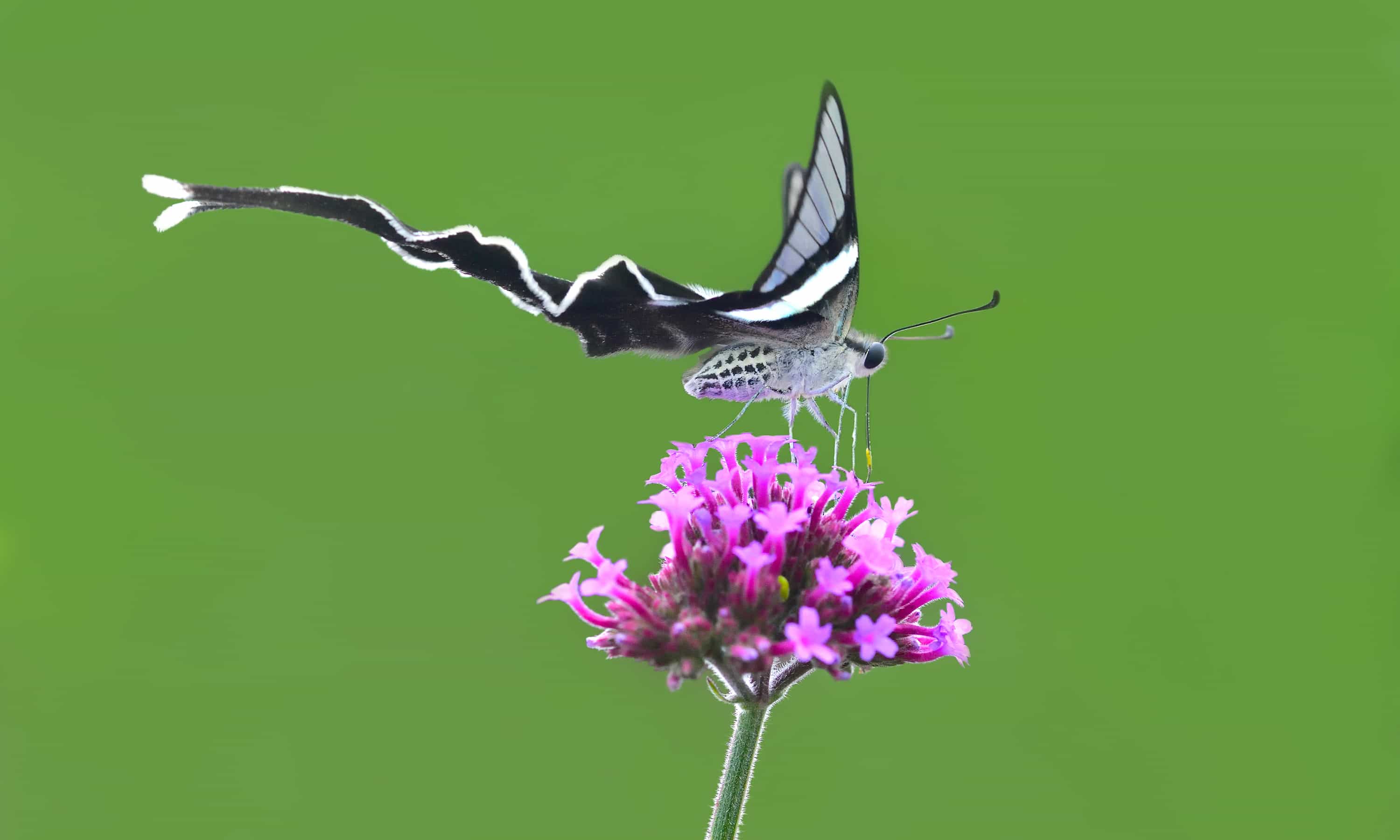 Image credit: luck luckyfarm/Shutterstock
Reading Time: 2 Minutes • Print this page
If you’re in need of something extremely chill to ease you out of the Tuesday morning blues, the dragontail butterfly is here to help.

This dreamy insect looks like it’s swimming through air. It looks like a creation for Disney’s Fantasia that was bumped last-minute for those weird lady fish with the bedroom eyes. Just wait until you see this thing in motion.

There is rarely wisdom in YouTube comments, but as user David Dmonte says, “I watch this to feel nice.” Indeed.

The dragontail butterflies belong to the swallowtail butterfly family (Papilionidae), which contains hundreds of species found all over the world.

In Australia, we have a number of swallowtail species, including the absolutely gorgeous and horribly named blue triangle (Graphium sarpedon) and the orchard swallowtail butterfly (Papilio aegeus), both found mostly along the east coast.

Unlike the orchard swallowtail butterfly, which has no tail whatsoever, despite being a swallowtail, the dragontail butterfly has a luxurious one that, at 4cm long, can rival its wingspan.

Its colouring is mostly black and white, but with a bright turquoise or light green band running roughly parallel to its abdomen. That glass-like transparent triangle on each forewing is known as hyaline – a transparent, colourless feature exemplified by the pellucid hawk moth, found in Queensland.

Here’s another view, which shows off the galaxy-like pattern along its tail, which only adds to its otherworldly vibe:

Dragontail butterflies have a unique flying style because their wings are actually quite small relative to their body size. It means they have to flap their wings super-fast like a dragonfly and use their tails like rudders.

They’re often seen in small groups of two or three, which means we get to see footage like this, which is, quite literally, breathtaking (watch to 0:28 to see all three of them together):

Who else just wants to sink into a cloud right now?