Bec Crew is a Sydney-based science communicator with a love for weird and wonderful animals. From strange behaviours and special adaptations to newly discovered species and the researchers who find them, her topics celebrate how alien yet relatable so many of the creatures that live amongst us can be.
By Bec Crew • April 16, 2019 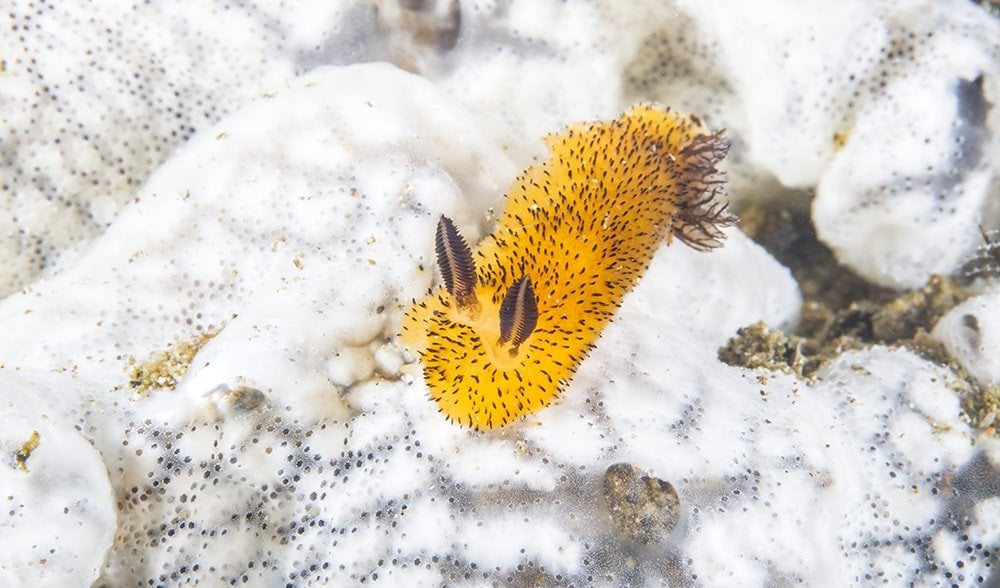 Image credit: unterwegs/Shutterstock
Reading Time: 2 Minutes • Print this page
As we head into the Easter long weekend, we need to talk about the sea bunny.

A member of the Jorunna genus of sea slugs, the sea bunny nudibranch (Jorunna parva) gets its nickname from its fuzzy appearance and two long ‘ears’, which are actually rhinophores ­– sensory organs used for picking up on chemical signals in the water.

While most J. parva nudibranchs are yellow and black, the rare black and white form truly has captured the internet’s heart:

Japan might be the sea bunny’s spiritual home, because where else would cartoons like this be dreamt up, but the good news is that it also hails from places like the Philippines, Tanzania, Papua New Guinea, and yep, even the north and east coast of Australia.

But our sea bunnies look weird. So weird, scientists are wondering if some J. parva nudibranchs might actually be a whole different species: 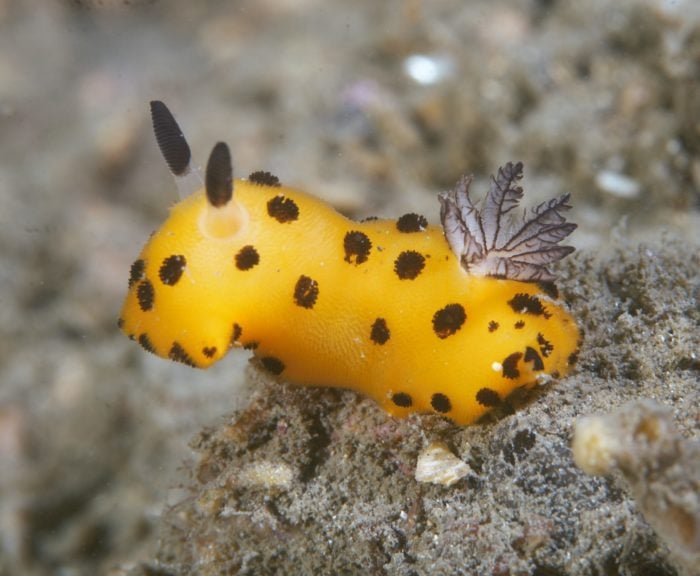 While not quite as cute, J. parva’s genus-mates are all pretty weird in their own right.

There’s J. pardus, from California, which at 60 mm long is huge compared to the sea bunny’s 20-mm stature (less than the length of your finger tip).

There’s Jorunna funebris, found throughout the Indo-Pacific region, including Australia and New Caledonia: There’s J. rubescens from Indonesia, which looks like it’s swallowing a jellyfish through a hole in its back: And then there’s this mystery Jorunna species, spotted in a Bronte Beach rockpool in Sydney, which is almost ludicrously purple: Of course, the sea bunny doesn’t just hang out with members of its own genus. In Japan, it’s got an almost-as-adorable friend, the leaf sheep nudibranch (costasiella kuroshimae):

And here’s a whole bunch of the little weirdos: