Meet the semi-slug – a snail without a home

If life were simple, there would be snails and slugs. Snails carry their homes on their backs; slugs are naked and embarrassed. 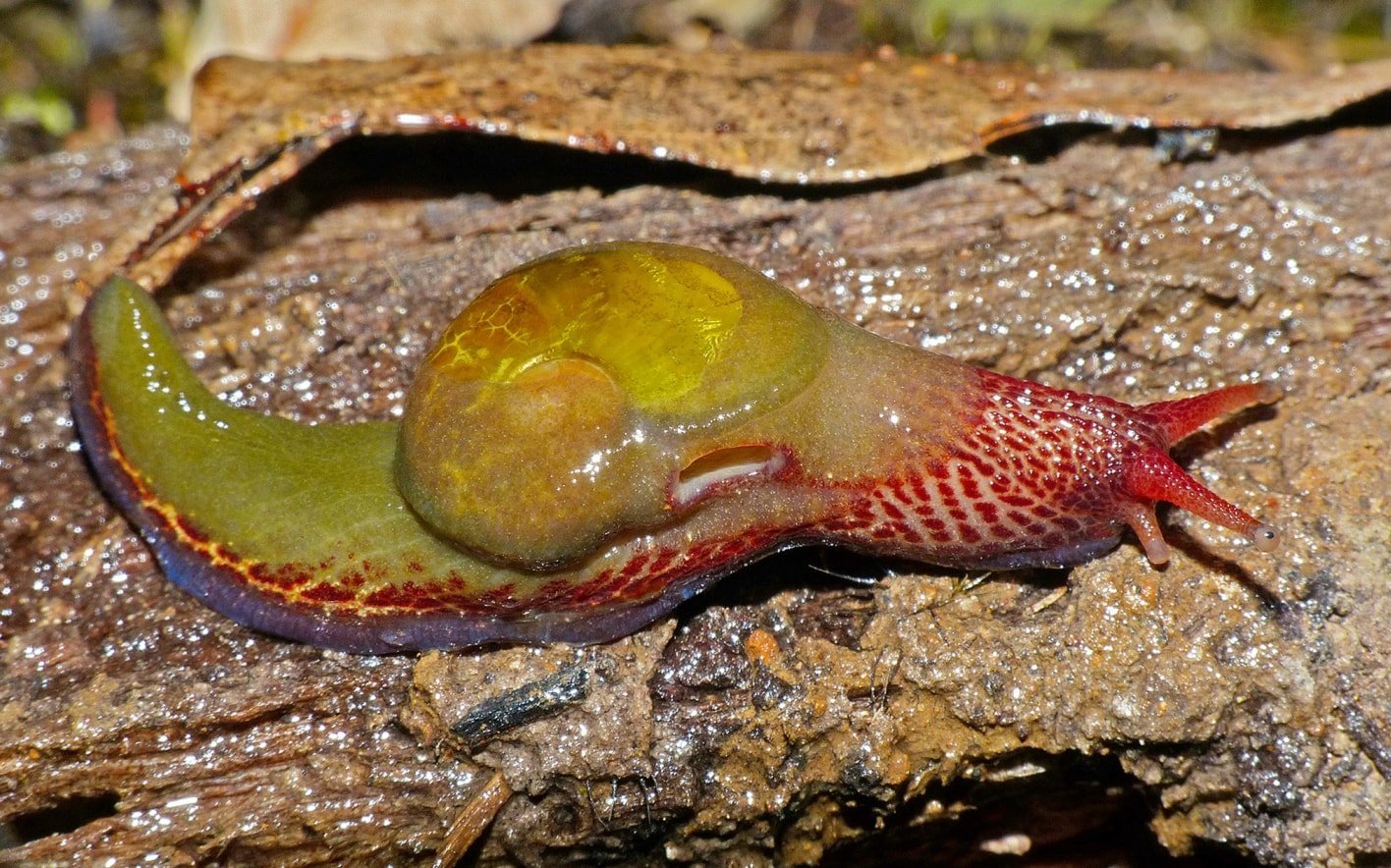 But life isn’t simple, so of course there’s secret option #3 – the semi-slug, a bizarre creature that sits exactly between the snail and the slug.

The semi-slug belongs to the family Helicarionidae, and is found all over the world, including the coastal regions of Australia. It represents an intermediate stage of evolution, where it’s managed to develop a shell, but it’s far too small to fit its body inside.

In the southern parts of Australia, from mid-NSW to Tasmania, you can find several species of semi-slug from the genus Helicarion, which can grow to more than 3 cm long, and sports a golden, glossy shell.

They’re found everywhere, from rainforests to bush, under logs and fallen palm fronds, and even in suburban gardens. And here’s the thing – semi-slugs don’t just look weird, they act weird, too. They employ sharp projectiles called love darts in their courtship rituals, by shooting several of them at a prospective mate. The mate, in turn, shoots several love darts right back.

Researchers have found that if semi-slugs are able to lodge love darts into one another, the subsequent copulation tends to be much more successful. It’s thought that the mucus distributed by the love dart ensures greater survivability of the sperm.

And if you’re thinking they call them love darts because of how they work, that’s only the half of it. It’s uncanny how much they look like a dart, too: It’s not just us who have been charmed by this slimy curiosity – Sir David Attenborough himself is firmly on #teamsemislug, after having a whole new genus of Tasmanian semi-slug named after him by a team at the Australian Museum.

And that’s not all – the newly discovered Attenborougharion rubicundus (pictured at the top of the page), is probably the most attractive semi-slug we’ve ever seen.